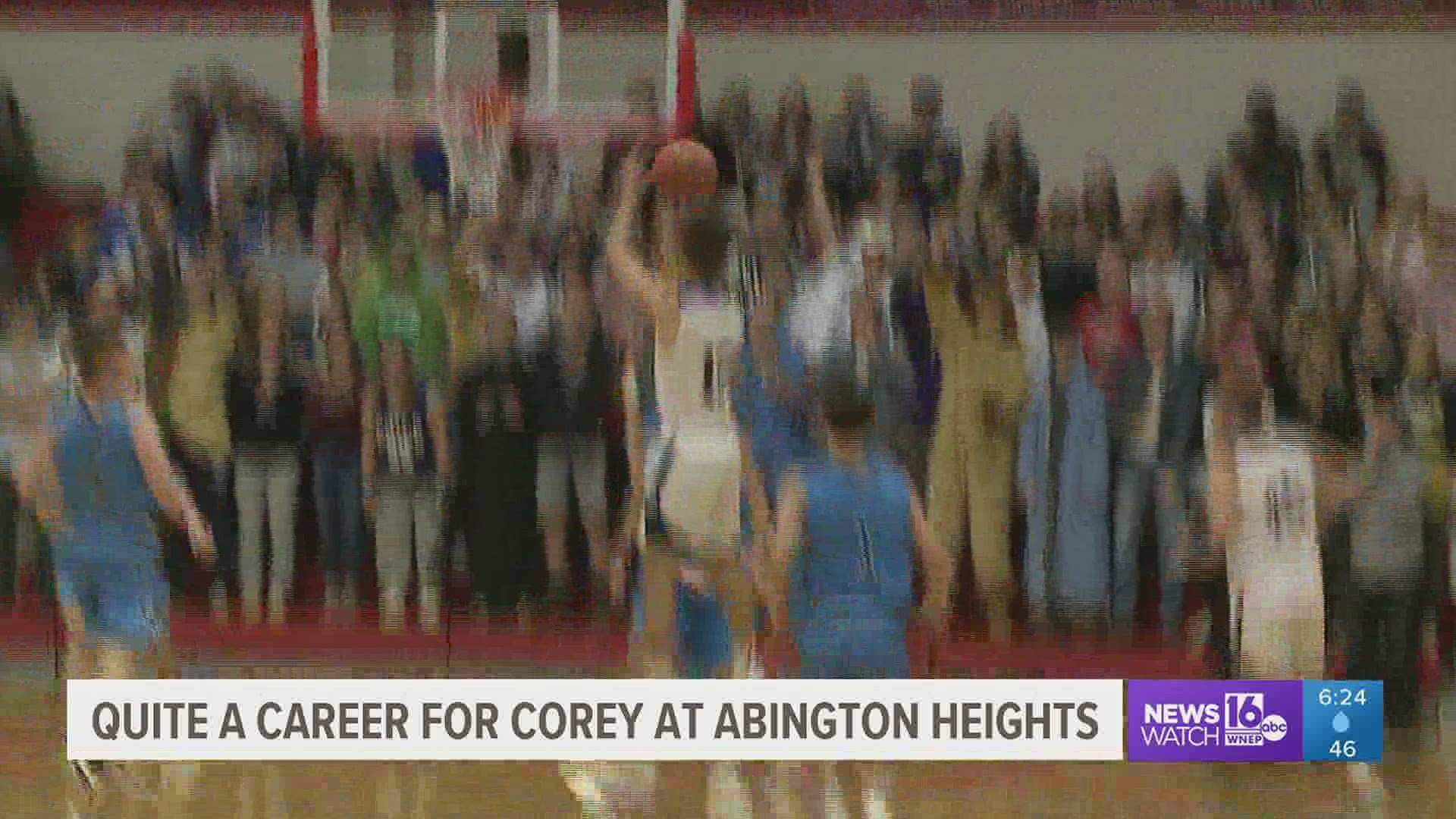 CLARKS SUMMIT, Pa. — Every season Corey Perkins made the transition from playing football for the Abington Height Comets straight into basketball season without hesitation.

.Perkins averaged 14 points per game this past year for Coach Bianchi and an 18 win season finishing his career with that 2018 state championship, a career 4 year record of (98-19), 3 district championships, and 3 league titles. The Perkins profile will continue at Marywood in the fall when he plays for the Pacers.

"My mom's side of the family pretty much lives up here, so I wanted to stay close and be able to put on a show for them on occasion and when they can get to my games. Just to have the fan base but not only my family but also Clarks Summit and just the entire area," said Corey.

Alongside Jackson Danzig, George Tinsley, and Jack Nealon-Perkins played on that state title team as a sophomore learning along the way and contributing.

"That night did mean a lot for us especially as a group. You know not many teams have done that and especially around here. So being able to be the first ones in recent years it's been nice to have that on our shoulders," again said Corey.

The highlight moment in Corey's career came in the game before he played Mars in the state final and he talks about a current Penn State football player bound for the NFL.

"Definitely the game before when we beat Bonnor playing against Isiah Wong that was definitely pretty special or playing against Micah Parsons now that I think about it since he is about to be a first round draft pick in the NFLso that was pretty cool," added Corey.

His 725 career points won't put him in the club for career scoring, but in the last 50 years there's only been a handful of teams to win state titles and for that one season people will always remember Corey Perkins. Steve Lloyd Newswatch 16 sports Lackawanna County.