The Isidori's In 10th Year At Amadeo's Restaurant In Moosic 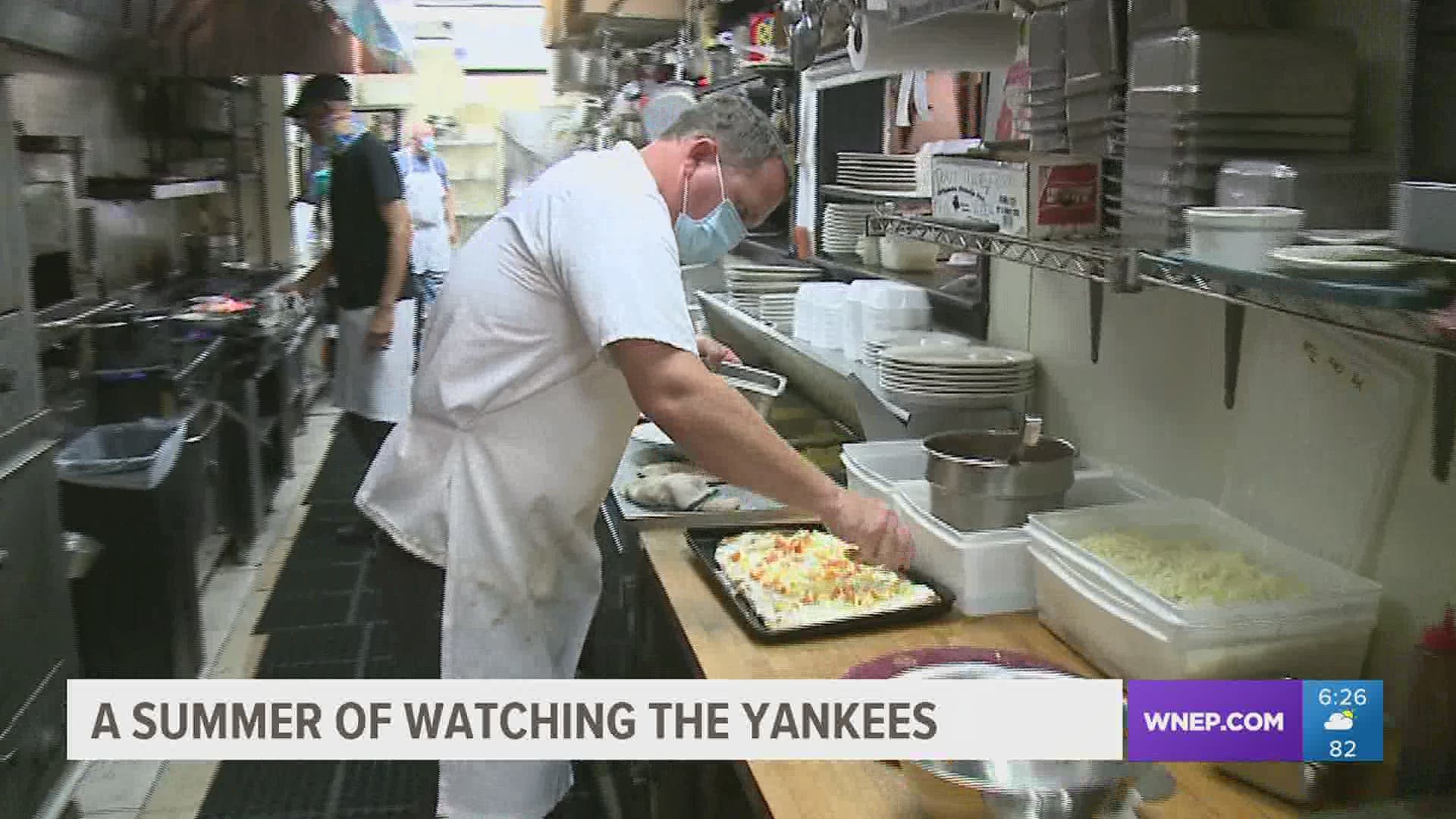 MOOSIC, Pa. — Melissa and Frankie Isidori own and operate Amadeo's restaurant in Moosic. With an Italian style menu they have been here in operation the last 10 years. When the COVID-19 pandemic hit in March their business was temporarily closed. Now re-open at 25 percent capacity they have gone to outdoor seating and more take-out. Times are tough for restaurant owners but Melissa and Frankie are making it work.

"We just need to make sure that all of our loyal customers and our loyal employees everybody has been so important during all this time and that has kept us going," said Frankie.

"We have the outdoor patio that is helping us out a lot and we are doing the curb side pick-up too. We are still not doing the in-door dining because it really is not worth it at 25 percent with only 12 people allowed inside," said Melissa.

For Frankie and Melissa location is key with Amadeo's being located in Moosic just five minutes from PNC Field, and with Frankie's love for the Yankees they have been able to cater some meals for the RailRider players over the years.

"That has just been a blessing just to meet all those young men who are playing a game that you grew up playing," again said Frankie.

"Since I met him which was 20 years ago our first date he took me out to Yankee game out in New York City and ever since then it has been the TV on constantly with the Yankees playing," added Melissa.

The 30th anniversary of the 1992 Old Forge Baseball State Championship team is in a few years. Frankie played on that Blue Devils team and many of his teammates come to his restaurant to enjoy his food and talk baseball.

"I just reached out to my friend Tony DiMattio he was our captain now he his the baseball coach at Old Forge high-school him and his brother Gary and just the bond that we had between each other and just today I talked with three guys that we're on the team and it's just one of those fraternities and you will never have the chance to break," again said Frankie.

The flat bread pizza has become a big hit at Amadeo's and Frankie has his Yankees to cheer on this summer. Some normal things to be happy about in this not so normal time.