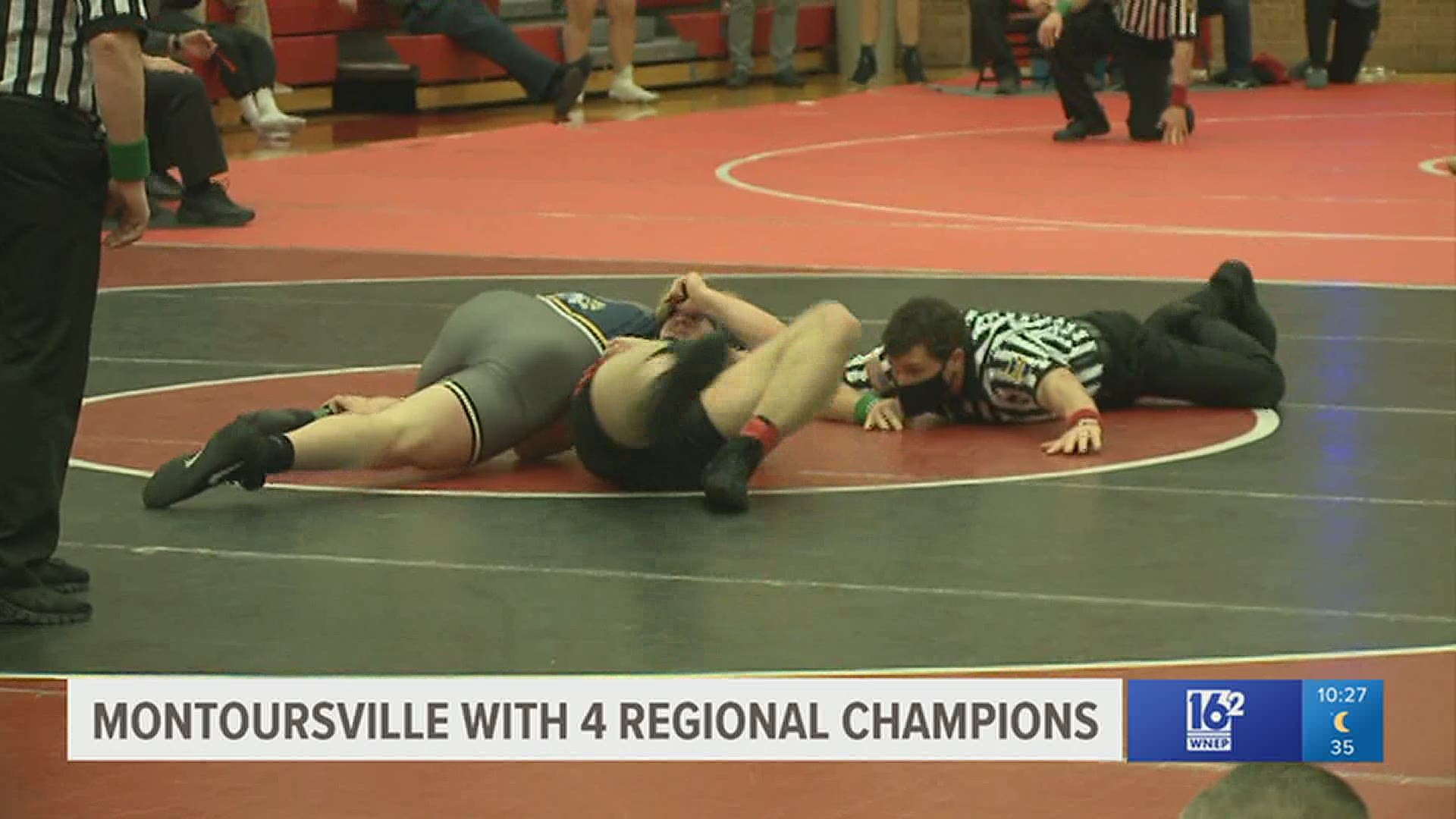 *Wentzel was the 2020 PIAA State Champion

113lbs Gavin Bradley from Athens defeats Jaden Pepe from Wyoming Area 5-3. This was a good match to watch. Pepe with a late takedown not enough for the win. Bradley got in some shots near the edge of the mat in the 2nd period.

120lbs Mason Barvitskie from Southern Columbia and only a freshman wins it 2-0 over Ethan Kolb from Benton.

126lbs Scott Johnson from Muncy wrestling in their next multi-million dollar new facility had his workouts pay off during the week pulling off the 9-6 win over Gable Strickland from Benton. Johnson with a 4 point move in the second period got critical points in this one.

132lbs Kaiden Wagner from Lewisburg defeated Cade Wirnsberger from Meadowbrook Christian 4-3. Meadowbrook trying to start up their program under head coach Garth Watson who was the Warrior Run softball team. Telling me it was too much time between starting this program and family to do both. He says the Warrior Run softball team is in good hands and the school will soon go under a major renovation project to all of it's athletic facilities. Not set time on that yet. But stayed tuned in Turbotville.

138lbs Conner Harer the freshman from Montgomery the tech fall win over Robbie Schneider from Lackawanna Trail. Robbie with the 82 mile drive while Harer had to only 10 miles to Williamsport Area High-School. Conner's Dad Denny is the head coach at Montgomery. He is an alum of Montgomery and went back there after leaving Muncy. Montgomery has a young team and should be very good once again next year.

145lbs Nate Higley defeated Patrick Edmondson from Southern Columbia 3-2. Troy Hembury the former PIAA State Champion from Muncy is the head coach at Sullivan County. This year they got a new wrestling room and mat and Troy is trying to grow the program there in Sullivan County.

172lbs Gavin Garcia from Southern Columbia with the 11-0 major decision over Ethan Gush from Muncy. Garcia has not missed a beat after winning the PIAA "AA" State Football Championship in November. He got an earlier start to wrestling this COVID 2020-2021 season. The Tigers did pick up the team title. Garcia in Martz Hall that might be a first? Wonder if his father Mike wrestled in there when he was at Mount Carmel?

189lbs Cael Crebs from Montoursville with the 3-1 win over Wesley Barnes from Southern Columbia. And yes Barnes and Garcia are in the backfield for Southern come August of 2021? Who do the Tigers open with? Better get the defense ready. Wow!!! Good win for Crebs.

215lbs Dylan Bennett my outstanding wrestler vote. The fall in 1:39 over Zach Poust from Benton and a great interview. His parents, coaches, the administration and his teachers at Montoursville should be proud of how well he speaks.

285lbs Emmanual Ulrich from Mifflinburg the fall in 1:49 over Caleb Burkhart from Hughesville. Emmanual coached by Derek Reber. His name on the walls in the wrestling room at Lewisburg the former PIAA State Champion. Steve Kline used to be in those rooms working out with the kids. That was a blast talking about baseball and his time in MLB. Tons of stories.