North Pocono goes back on August 31st for the start of school in a hybrid situation. 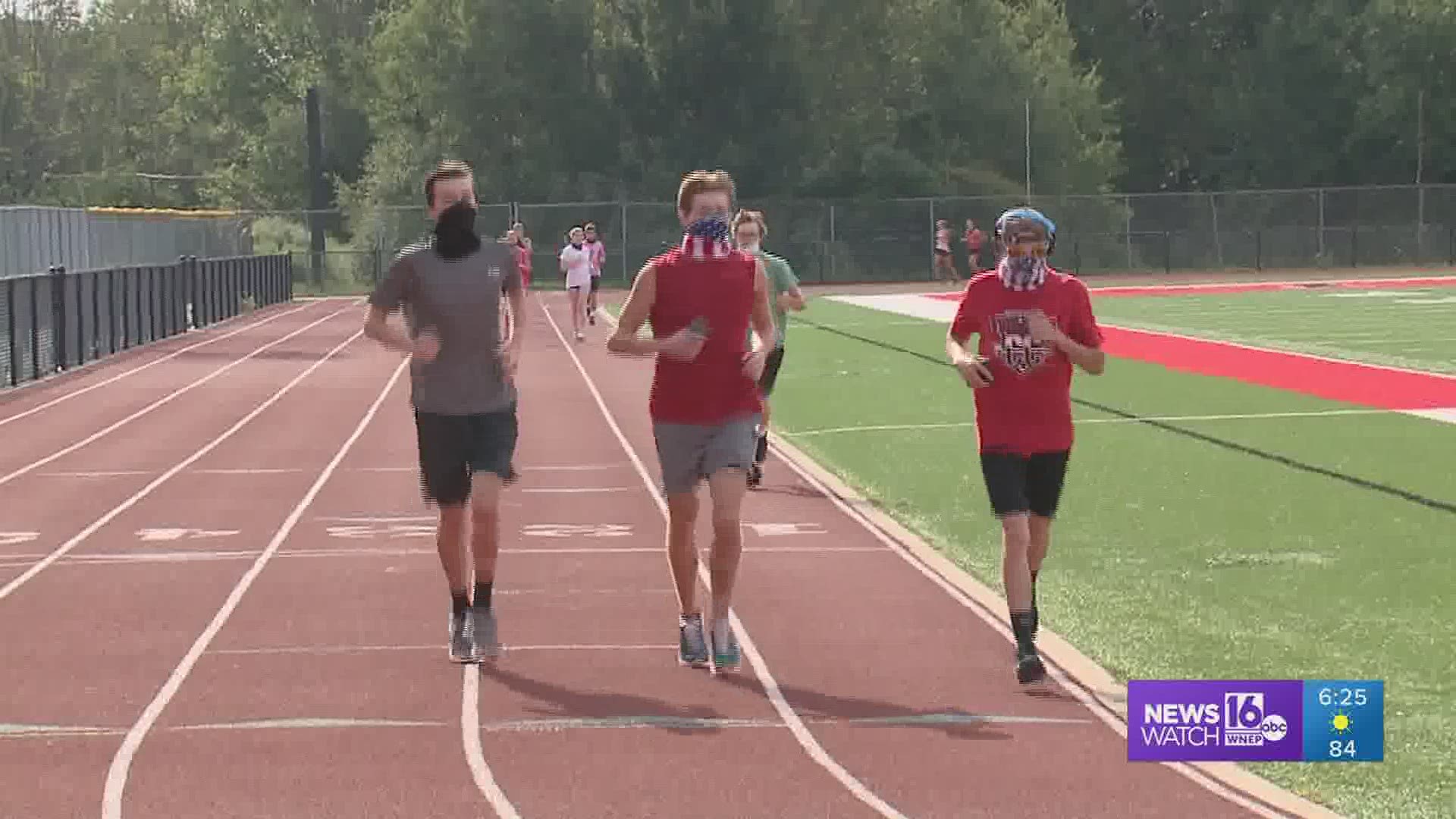 LACKAWANNA COUNTY, Pa. — It's a Monday morning and the North Pocono Cross Country team is getting in another voluntary workout.

"We are pretty deep this year. We go about I would say that 10 that run pretty good times," said Aiden.

Invitational meets that North Pocono planned on running in this season have been canceled. Also league officials met in July to eliminate the cluster meets and then each school was put into separate divisions. So they will race against those schools in the division that they sit in.

North Pocono Fall Sports
Lackawanna League voted for a staggered start for fall sports. Season will be condensed. Junior High sports will follow the staggered start dates. Coaches may continue voluntary summer workouts. Game schedules will be released as soon as they are modified pic.twitter.com/vGLsbUd5be

The North Pocono cheerleaders stay outdoors working on their routines and a return to a hybrid set-up at school beginning August 31st.

"I am happy to be back because it's my senior year. I wish that we could be on the field soon hopefully if we can," said Maria.

"But it is good to be at practice and at least be able to be with them a little bit, but even if we can't be on the field, but  we are hoping that we can be so," said Brielle.

Over on the courts is another good socially distant sport girl's tennis and 1st year head coach Julia Tofilska.

"And we have had an awesome dynamic here all the girl's are very helpful with keeping up with COVID-19 restrictions, and socially distancing as you can see. We try to keep at least 6 feet distance between us during practice," said Julia.

"Since quarantine we all have been kind of bored, but it feels good to get out and get some exercise even if we don't have a season. Hopefully we do but still we are having a good time," said Madison.