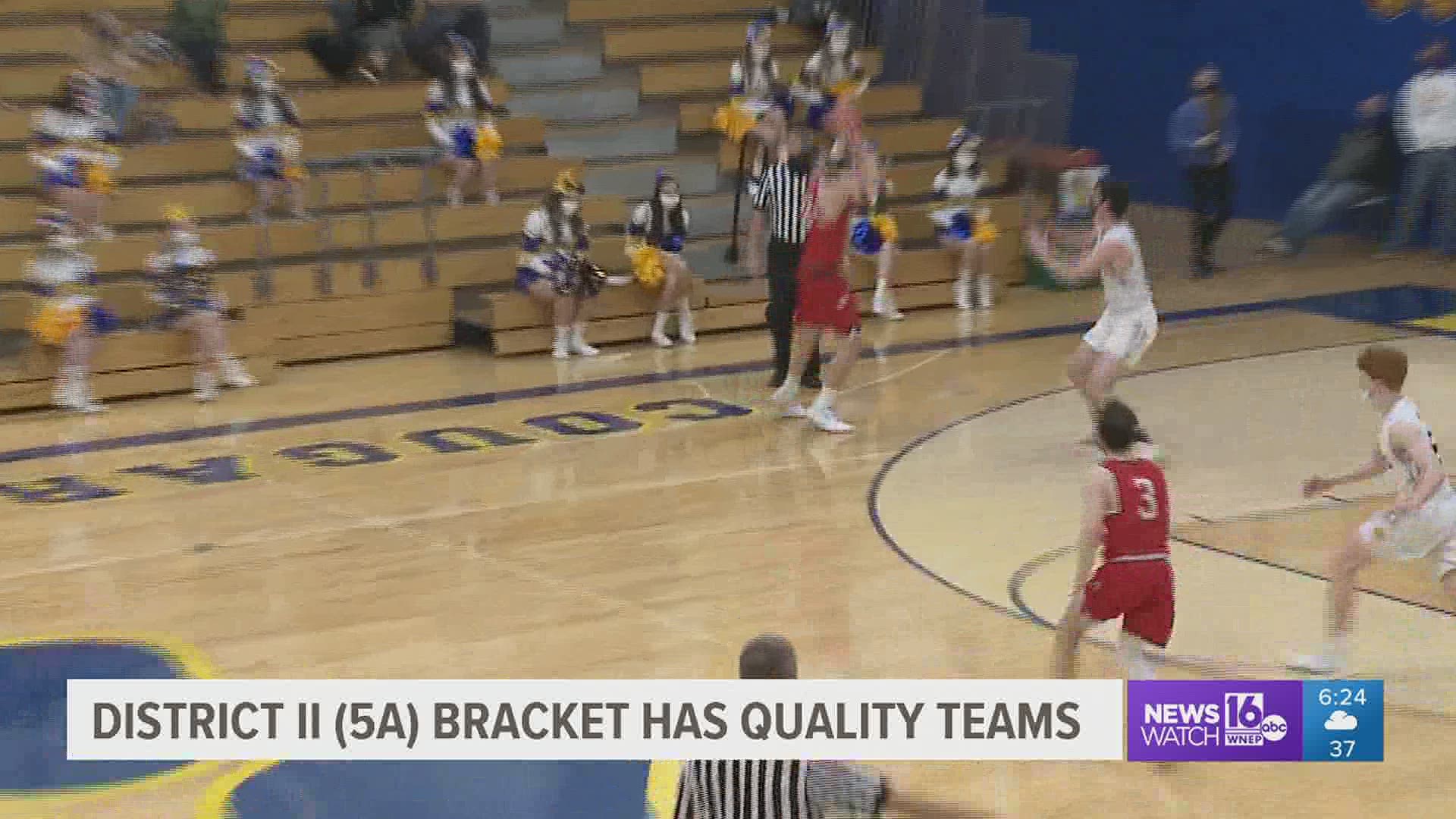 "I mean I wasn't even born yet when we won that. It's just a good feeling to get that in and hoping for a district championship next," said Zach.

"It meant everything. Just to start building this culture I think this tradition that we are going to start really with this program start to continue and hopefully throughout the year will keep putting more numbers up on those banners. And it feels great to get it for Coach Shields. I know that he has been wanting this forever," said DeMarco.

That 2001 team the last team to win a league title here at North Pocono was led by center Mark Franceski and his name is here up on a banner on the wall. And he is still the school's all-time leading scorer with close to 1,500 points in his career scored in his career.

"You know I have been here as a teacher all that time. I have been here and as a coach I have come and gone a couple of times in that time frame. But they know I mean they we're aware coming in that we haven't probably accomplished those kind of things in a while so it took on a greater importance as we could see that it was within our grasp. And they we're really engaged and they pursued it," said Pat Shields.

RELATED: Sports Vault: 1997, Bob Sura, former GAR star, prepares for his 3rd season in the NBA with the Cleveland Cavaliers

This senior class is making it's mark just like Franceski, Bobby Lynch and Matt Kieselowsky did several decades ago. The pipeline of talent is here to stay.

"Right from the beginning we had the chemistry going right up through all of high-school the seniors especially and then when Ruddy came in the next year and added that point guard spot which kind of built us for this year," added Zach.

"Whenever we come to the games everyone is always looking up at the banners. They are always looking at the 1,000 point scorers and saying who are these guys. As we grew up we knew them and we we're like we want to be next. We want to be that next group," added DeMarco.

RELATED: North Pocono jumped out to a quick lead and vaulted past Valley View, 58-36, in boys HS basketball

Their next goal is to win the District II (5A) championship. Coach Shields saying it is the most complete bracket in District II.