Nittany Lions Win in All Three Phases to Beat Hoosiers 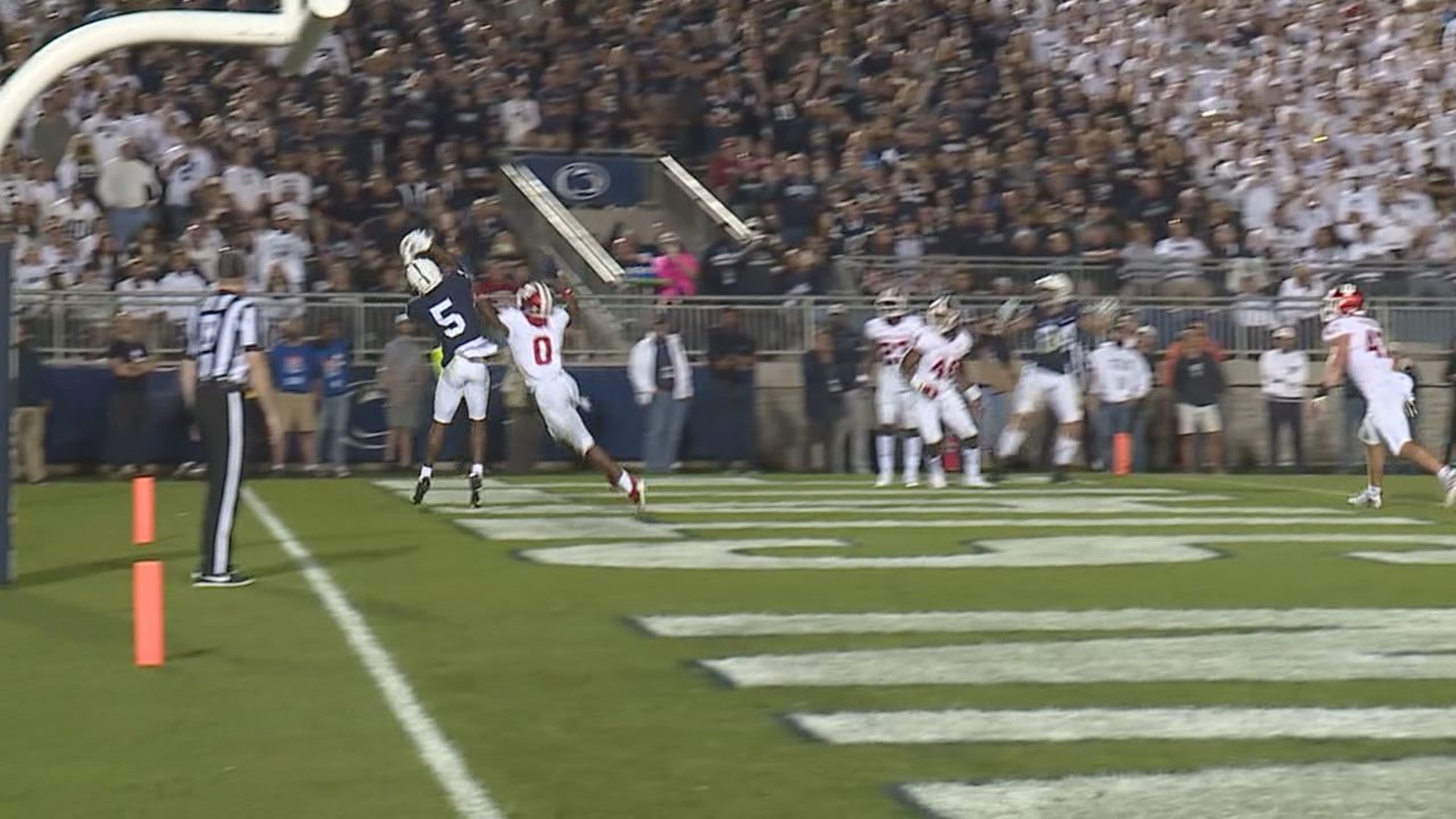 STATE COLLEGE, Pa. — Penn State came into this game against Indiana with a vengeance and finished with a dominant win in their first Big Ten match up at home. The "Stripe Out" became a shut out and a big part of that was thanks to the defense.

"It's an opportunities," Penn State Football Coach James Franklin explained. "The way we look at all defenses an opportunity to go out there and do something special when momentum has swung and swing it back and then they decided to go for on fourth down and that was a big stop so we're playing really good complimentary defensive football, we make timely turnovers."

"You can stop offenses in elite offenses like Indiana in the red zone close to where they're comfortable at," Penn State senior defensive tackle P.J. Mustipher added. "I think it speaks dividends to what type of defense you play and how style you want to be you know when they get when teams get in the red zone we don't panic, we just continue to play the ball we play. So, I think it showed up again today."

"This narrative of the revenge game revenge game and we never really took it as that," Penn State sophomore cornerback Joey Porter Jr. said. "We always took it as they did what they did last year and this year is our year. So, we wanted to come out and get the win and execute and that's we did, 1-0."

"We had like the same sort of drive along I think it was like 12-play drive like seven minutes drive the whole field," Penn State senior wide receiver Jahan Dotson said. "It demoralizes a defense. We know that. We always want to finish drives and touchdowns and we were able to capitalize."

"For them to make that stop and then the percent chance for us to score from that,  being backed up that much is very low and I think that was a big turning point in the game because to obviously, move the ball down the field, kind of takes the life out of teams so proud of that," Penn State junior quarterback Sean Clifford said. "I'm really proud of our whole team defense, especially I mean shut outs a shut out. You can't say anything about that. It's unbelievable. They're the best."

Penn State has another Big Ten match up next weekend at Iowa.