The Cleveland Browns are heading to the NFL Playoffs for the first time since 2002. 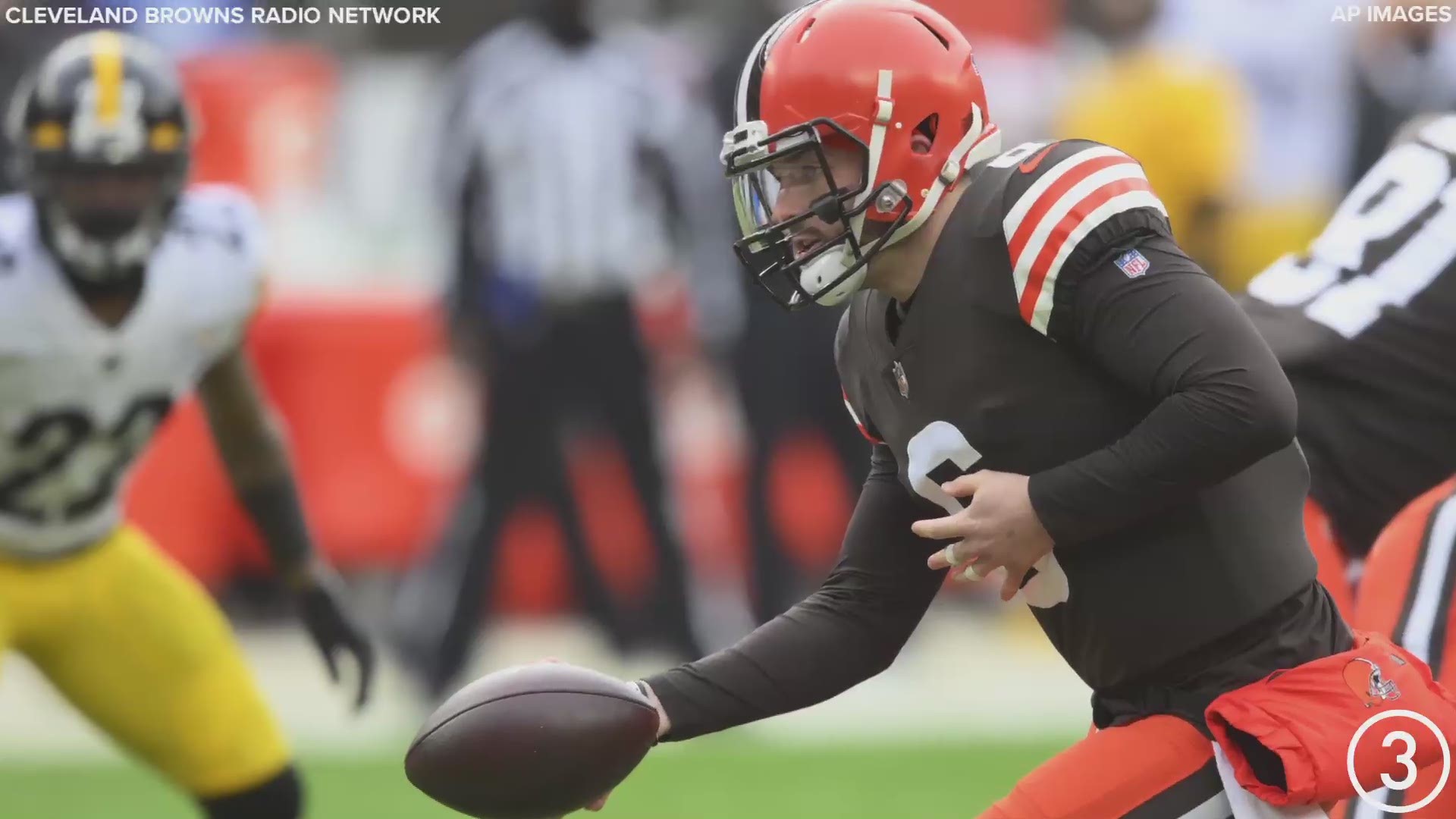 CLEVELAND — The NFL’s longest active postseason drought is officially over as the Cleveland Browns have clinched a spot in the 2020 playoffs.

With their win over the Pittsburgh Steelers on Sunday, the Browns officially qualified for one of the AFC’s three Wild Card spots. Cleveland will now advance to next week’s AFC Wild Card Round, where they will face the Steelers in a rematch at Heinz Field.

Despite getting off to a 9-3 start to the season, Cleveland’s path to the playoffs didn’t prove easy. After last week’s shorthanded loss to the New York Jets, the Browns fell to 10-5 on the year, putting them in danger of missing the postseason for an 18th consecutive season.

With Cleveland’s most likely playoff-clinching scenario being to beat the Steelers on Sunday, the Browns were only able to practice for one full day in the week leading up to the game due to multiple coronavirus (COVID-19) cases on the team and coaching staff. Cleveland entered its regular-season finale with six players on the NFL’s reserve/COVID-19 list and three assistant coaches unable to participate on game day due to the virus.

Yet despite missing multiple starters, including star cornerback Denzel Ward, the Browns were able to beat the Steelers, who had already clinched the AFC North and rested several key players, including starting quarterback Ben Roethlisberger and star linebacker T.J. Watt. With that, Cleveland ended the NFL’s longest active postseason drought (17 years) and will find itself playing in the postseason for the first time since 2002.