Toma worked at Artillery Park in Wilkes-Barre when he was 12 years old. 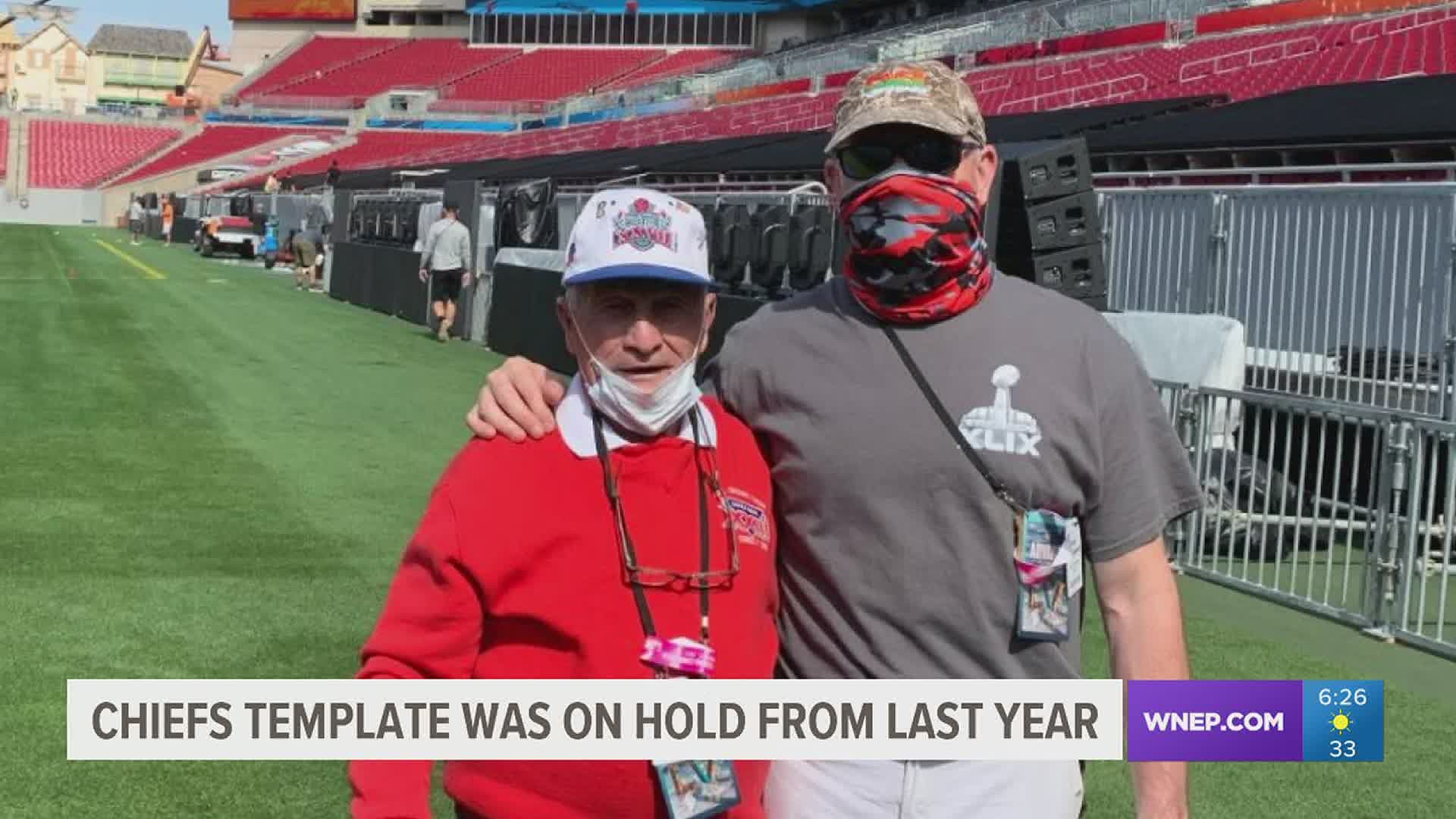 SCRANTON, Pa. — Born in Edwardsville, Luzerne County, the son of a coal miner, George Toma started working at Artillery Park in Wilkes-Barre, raking the fields for the Wilkes-Barre Barons baseball team, when he was 12. He just celebrated his 92nd birthday and has been the head groundskeeper for all 55 Super Bowls.

"We had to strip the whole field from the Buccaneers, and after we stripped it, we laser graded it and then we started to lay the sod, like, two weeks ago on Wednesday and, so, now we are just babying it," said George.

Known as the "God of Sod," Toma left working for the Wilkes-Barre Indians "A" baseball team in the Eastern League and headed to the Kansas City Athletics in 1957. From there, he was the groundskeeper for the Royals in Major League Baseball and the Chiefs of the American Football League.

When the AFL and the NFL merged in 1966, Toma got the nod from Commissioner Pete Rozell to prepare the field for the 1st Super Bowl at the Los Angeles Memorial Coliseum in 1967.

"It's a great thrill. I never thought when I started working at Artillery Park some 60 years ago when I was 12 years old that I would be here today," again said George.

Preparations for this Super Bowl in Tampa began 18 months ago for Toma.

"When you have a Super Bowl on natural grass, you have to start the sod 18 months ahead of the game. So this sod has been growing on the farm in Georgia for 18 months," added George.

Many of the initial Super Bowls were played at the Orange Bowl in Miami. There has been five at the Rose Bowl, and since the Chiefs were in Super Bowl LIV last year at Hard Rock Stadium in Miami, Toma can use that template on the field at Raymond James Stadium this year.

"We are fortunate that we have the Chiefs end zone template from last year and we just have to start with the red paint. So, we will starting putting the Chiefs in first," said George.

Toma will have the field ready for Brady and Mahomes. Last year's Super Bowl was watched by over 100 million viewers, making it the 11th most watched single network television broadcast event in US history.

RELATED: Under the radar players to watch for in Super Bowl LV