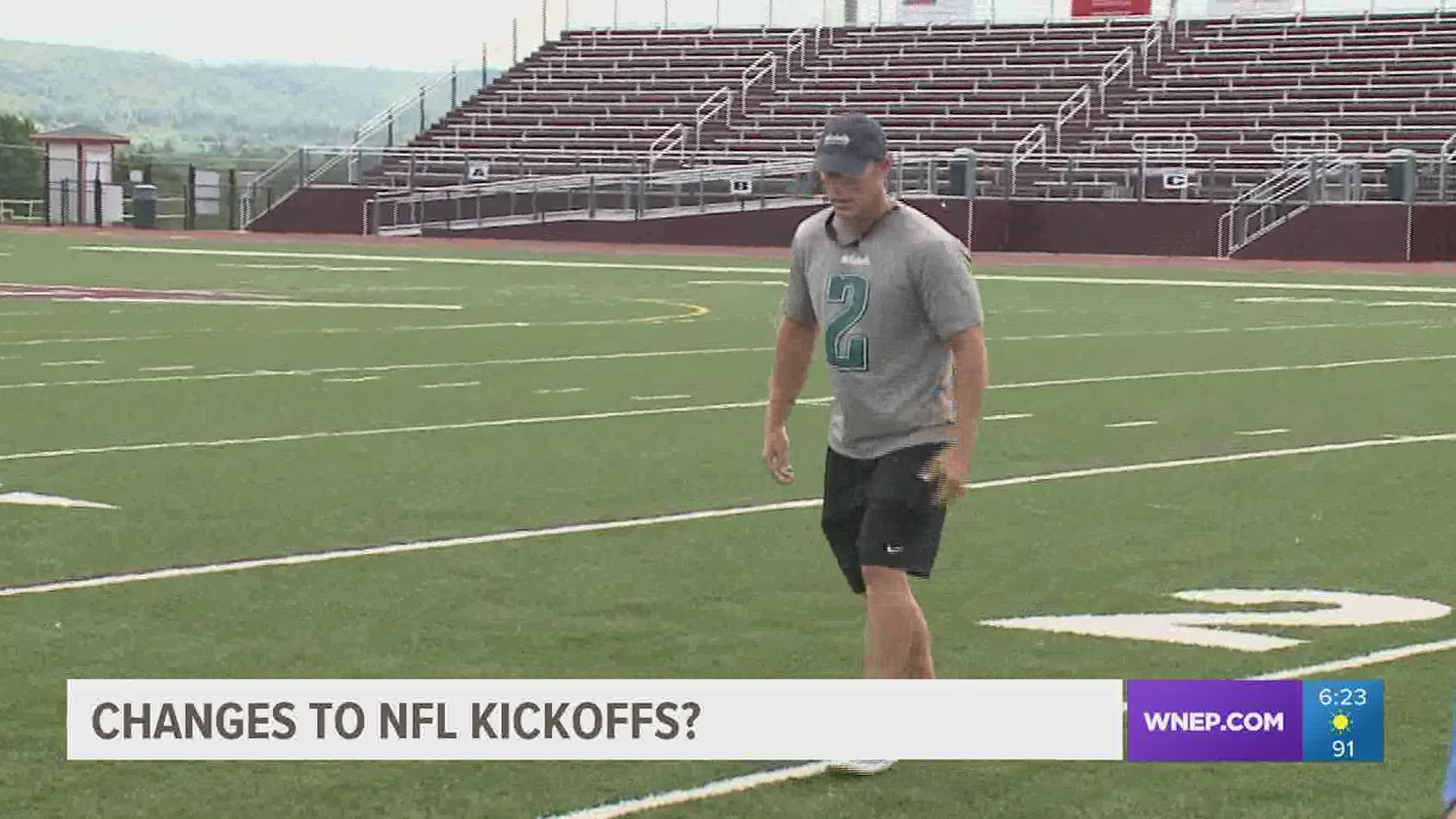 LEHIGHTON, Pa. — "How are you doing? Welcome! Good to see you again," said 570 kicking organizers.

Six-time Pro Bowl NFL kicker David Akers along with former East Stroudsburg punter Ken Parrish arrive in Lehighton for year number two of the 570 Kicking Clinic. Some 20 kids who will be specialists this year in high-school signed up for the three hour course.

"I think that it is just a great opportunity for these kids to try to learn because a lot of the high-school coaches and the college coaches even at that level really don't know the techniques of kicking. They know the x's and o's and special teams and what not but they just don't have the understanding of what it means to actually kick the ball," said David.

"And like you said a couple of weeks out from the season now is the time to put it all together from step one to ten and we area going to fine tune it is really what it is," said Ken.

"In your mind you think to get the elevation you need to put the ball back it's the exact opposite..then ball is kicked," again said David.

Auggie George from Hanover Area made the hour trip from Luzerne County.

"What did you learn so far? What did he teach you? I mean stance wise and coming through the ball and making sure that you go through the uprights," said Auggie.

"Talk about having an NFL kicker here in David Akers here and what that is like? It's pretty good. It's a good learning experience. What are you hoping to learn from David and Ken?  Just better technique and everything," said camper.

Akers recently met with Commissioner Roger Goodell to discuss some of the changes to the NFL kick-off and if he is in agreement with some of those changes which would cut down on high speed collisions he would still like to see kickoffs in the game.

RELATED: No more onside kicks? NFL to look at '4th and 15' alternative

"If you get rid of the kicking game on kickoffs you the opportunity to do a quick change on possession and things of that nature with on-side kicks and surprise on-side kicks at the end of the games and those things. Obviously we need safety of the game to increase and improve so this game can be as popular 20, 30, 40 years from now as it is today," again said David.

The high-school football season kicks off in less than five weeks.