The Division I,II, and III wrestling championships all cancelled in mid March. 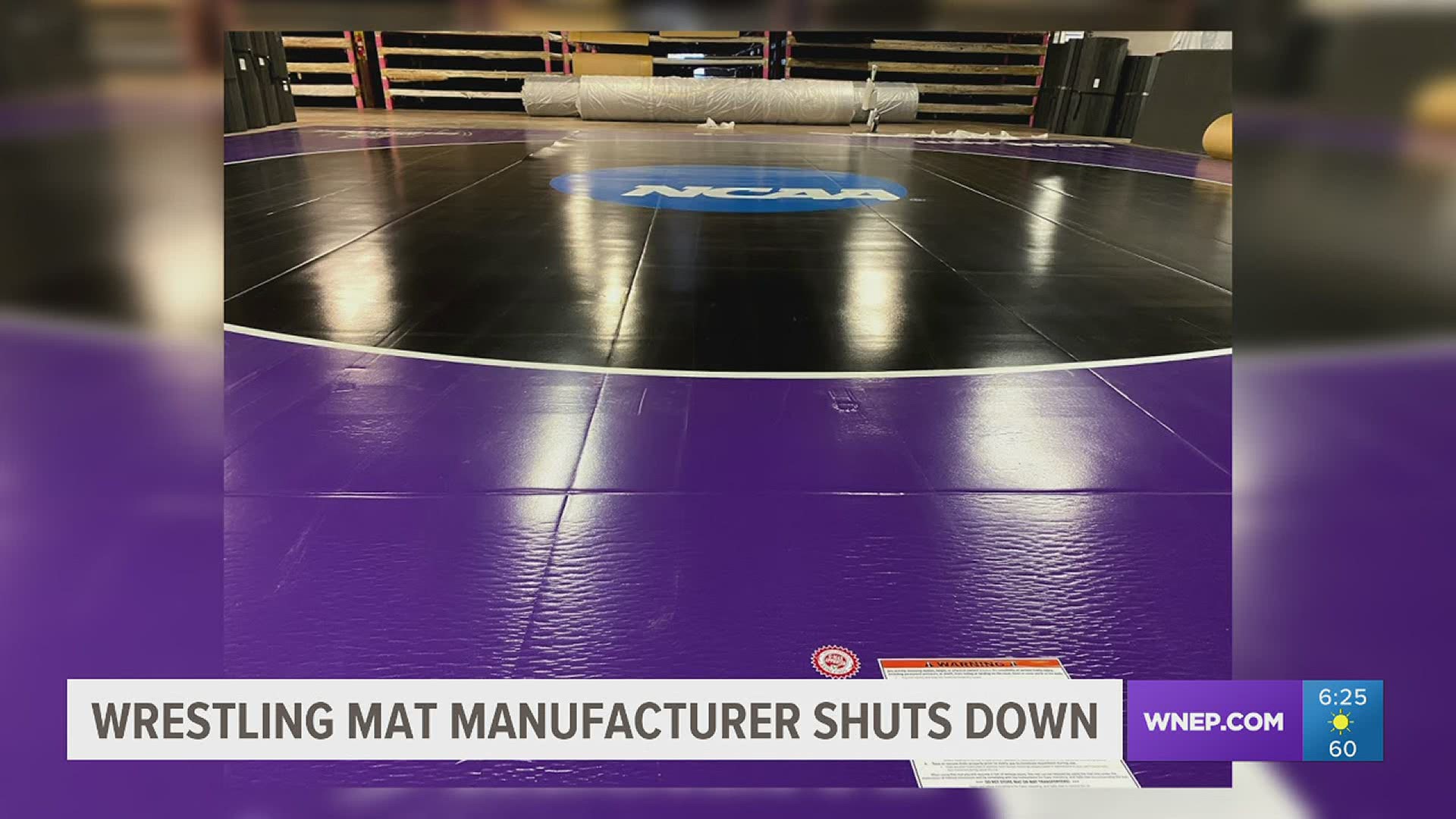 This year US Bank Stadium in Minneapolis-the home of the Minnesota Vikings would have played host to some 40,000 fans a session. But .the COVID-19 pandemic cancelled everything. A  business near Northumberland ... Resilite the world's largest mat manufacturer spent months making and designing the mats for the championships that never happened.

"I decided to snap some pictures of it to show everybody of what could have been. All the hard work that the athletes make and that sacrifice they make to get to that level and it's just sad that they didn't get the opportunity," said Matt Gilbert.

Cedar Rapids Iowa was to host Division III and Sioux Falls South Dakota the Division II finals. Both we're cancelled even as wrestlers prepared their warm ups back on March 13.

"The mats were actually at Division II and Division III. The bottom side of the finals mat was going to be used at Minneapolis. So the mats we're headed to Minneapolis? So they weren't there yet? They we're in Cedar Rapids and South Dakota," again said Matt.

Well the mats for the Division II and III national championships were in trucks just like these halfway across the country in Des Moines Iowa when they we're told to return here to Northumberland County.

"Are the mats currently inside? Yes! They are inside. So we went over them and got all kinds of repaired to them and everything, and then we cleaned them up a little bit. But the finals mat that purple mat that  is still un-wrestled on," again said Matt.

About 70 employees here at Resilite have been out of work since Governor Wolf sent all non-essential employees home. They are hoping to get back to work soon.

"Is it kind of disappointing? Oh! Absolutely it is. The NCAA tournament is one of the highlights of wrestling in the world, and to go through their season and have such great things that we're going on this season it's a bummer for Iowa and it's a bummer for a lot of great teams that we're peaking at the right time. We will see next year if the guys get another year to wrestle and go after it again," added Matt Gilbert.