iRacing draws some big names to bring racing back to fans 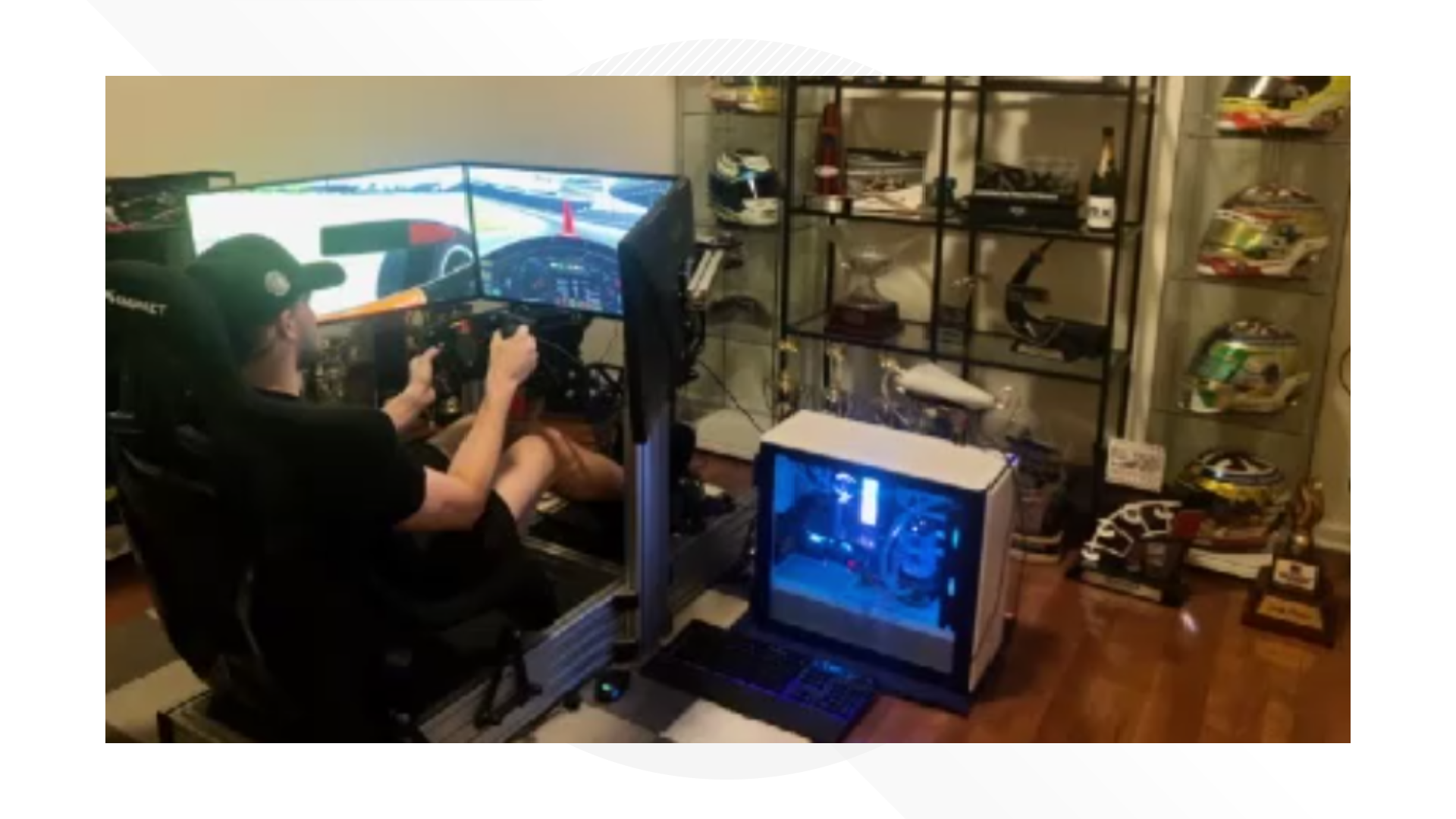 Last Sunday, NASCAR drivers made the first big move to bring sports back to TV, but the drivers weren't on track.  They were racing from simulators in their homes in the iRacing league.  Fox Sports One decided to televise the virtual race… drawing in 1 million viewers.  Clint Bowyer was one of those driving for the win and we spoke with him over the phone about it.

"It was almost like this was in preparation over the last decade for this very moment.  iRacing has been around a long time.  We've mentioned it and everybody knows that Denny Hamlin, Dale Jr., all these guys have been doing this for a long time and that time is now.  I mean last weekend you couldn't have asked for a better race.  I mean, I'm telling you right now, it's a struggle to put that good of an ending and a finish on a race in real life.  That's how realistic this thing is," says NASCAR driver, Clint Bowyer.

When you watch a regular NASCAR race it's the veterans with the experience that have better luck than the rookies… now these drivers are racing virtually and the tables have turned.

"You're up against guys that have been doing it for years, decades, and you're expected to jump right in to the deep end and compete with them and beat them," continues Bowyer.

But it's not just NASCAR drivers getting in on the action… IndyCar also has drivers keeping tuned up to compete in their own series iRace.

"The thing that racing offers is that we have the ability to do something like this and still get our sponsors out there, give entertainment to the fans.  We're probably the only sport that can do something along these lines," says IndyCar driver Sage Karam.

This platform of racing can allow drivers from any series to hop in a race they may not normally have a chance to drive in.

"It shows how close the racing world is.  We have NASCAR guys that are wanting to race in this IndyCar league.  I know some IndyCar guys that want to do a NASCAR one.  Formula1 guys are getting involved.  Everybody wants to race other people's things so it's pretty cool to see that," continues Karam.

IndyCar is currently live-streaming their races on their website and YouTube channel… fans can also vote for the track drivers will race at each week.  NASCAR's Pro Invitational iRacing Series at the virtual Texas Motor Speedway will host the O'Reilly Auto Parts 125. It will be televised on FOX and FS1 Sunday at 1pm.