McGovern missed the entire rookie season due to a pectoral injury 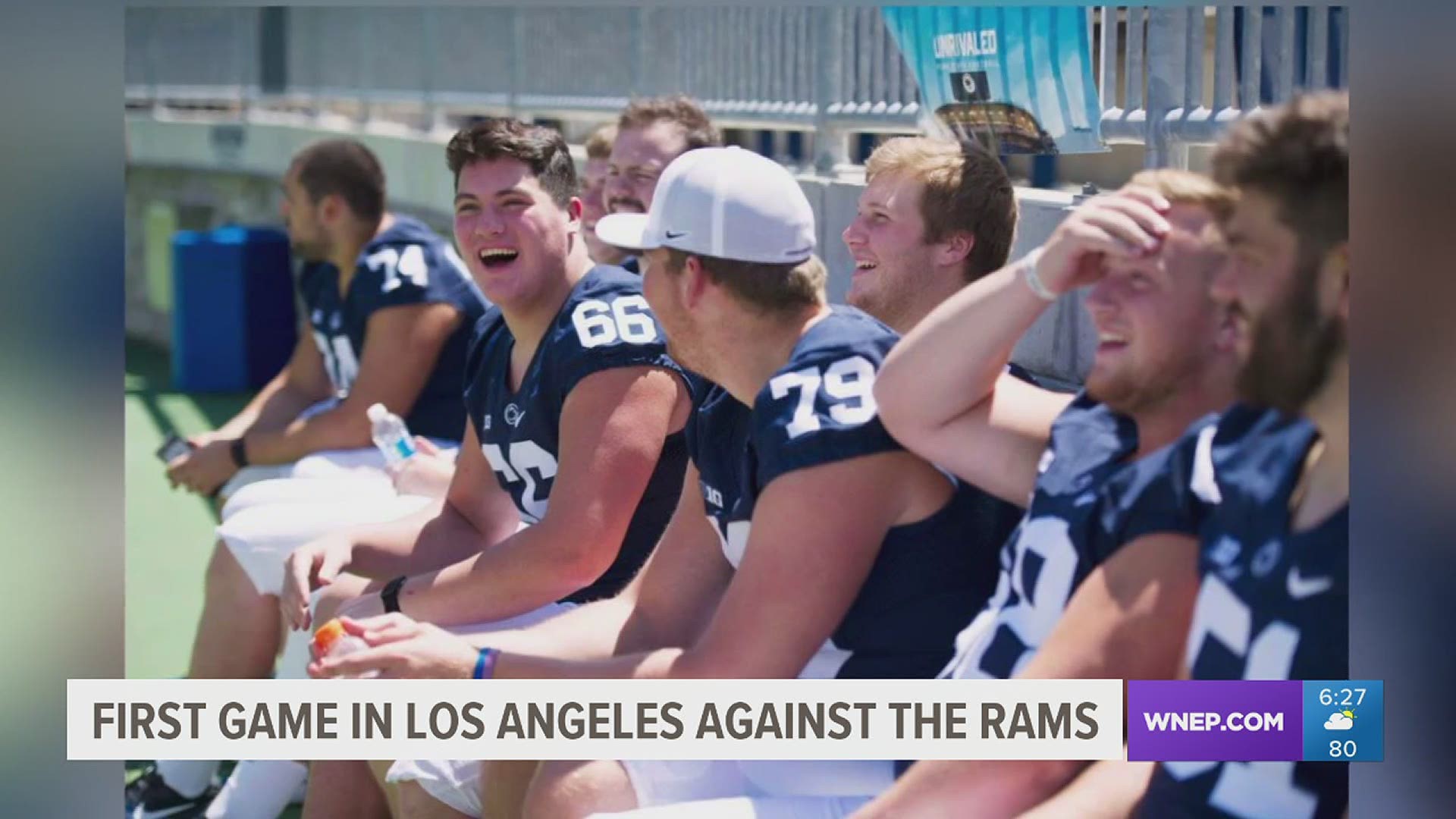 FRISCO, Texas — 2019 Dallas Cowboys 3rd round pick Connor McGovern continues his off-season workouts in Frisco, Texas. The former Penn State Nittany Lion offensive lineman had his rookie season in the NFL cut short when he tore his pectoral muscle. Now a year later Connor is back to 100 percent and ready for a full training camp in July.

"I'm still allowed to go into our facilities everyday. A few guys are still allowed back, so I go in around 6am in the morning. Then I am done right around 9 o'clock, and then I come home and have meetings on zoom until noon or 1pm everyday, and then the rest of the day is free," said Connor.

Connor is looking forward to many things in 2020 first blocking for running back "Zeke" Elliott and then playing for new head coach Mike McCarthy.

RELATED: McGovern Drafted By Cowboys, As Community Comes Out To Celebrate

Oh! It is great. He is definitely up beat and a very positive guy. I am actually just excited to get started soon. I am just tired of just seeing everything on line and would be nice to get together as a team again," added Connor.

Pro Bowl center Travis Frederick retired in the off season. McGovern played center and guard in high-school at Lake Lehman and played both positions at Penn State. He credits Frederick with helping him through the transition to the NFL.

'The guys last year did a great job especially Travis Frederick at center. They all did a great job of taking me under their wing, helping me out and just learning the offensive and watching them everyday and just following how they take notes, how they practice, how they play and just keep all that in the back of my mind and try to implement that into my game," again said Connor.

The Cowboys open in Los Angeles September 13th then return home to play the Falcons. Those early NFC match-ups will be key down the road to winning the NFC East.

"Oh! I can't wait to get out there this year and finally do something. Last year was the first time that I never played in my life. I had to sit out the whole season because of a pectoral injury and I haven't played since I was 6 years old and only ever missed one game and that was the hardest year for me last year," said Connor.

RELATED: Tangle in Texas: Marching Into The Cotton Bowl