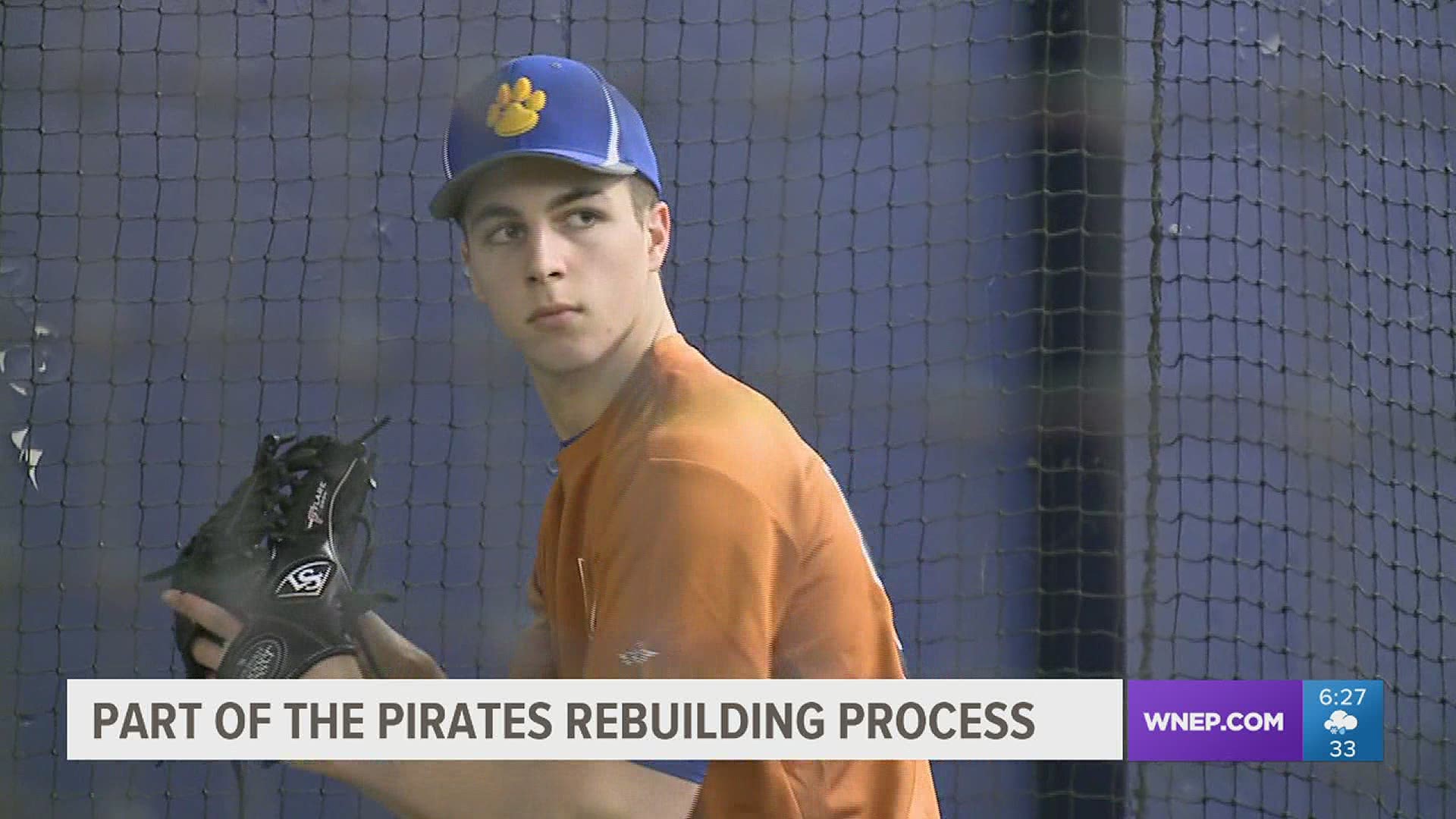 SCRANTON, Pa. — Max Kranick is 23-years old now. The former Valley View pitcher went in the 11th round to the Pittsburgh Pirates in the 2016 Major League Baseball draft. The Virginia recruit by-passed college ball for a start in the pros. 2021 is the beginning of year #6 and in November the Pirates added Kranick to their 40-man roster.

"Oh! It was awesome! It was a huge sigh of relief. To be honest with you it was a really long day that morning. I remember playing golf with a buddy of mine I had to get a few things off of my mind. And the whole time that I played actually I had a headphone in because my ringer was down. I said I can't miss this call in case they do call," said Max.

"I know right now our minor league system is really really good. We have a ton of super young pitchers. I am just really excited to get down there and compete with those guys. I think it's going to be a really good atmosphere for all of us," added Max.

Pitchers and catchers in the Pirates organization are scheduled to report to spring training February 16th, but Max will take advantage of the warm weather in Florida and head there sometime in January.

"Whatever they ask me to do just be able to do that. Just go in there and get better every single day and be able to pick some of the major leaguers brains a little bit. I think it's going to be an awesome experience," again said Max.

The Pirates recently traded Josh Bell to the Nationals for a few prospects. Kranick is hoping to impress the coaches staff enough to make the opening day "AAA" roster in Indianapolis.

"It's definitely the goal but like I said before whatever the plan is I am just excited to be part of their future plans wherever that might be," said Max.

The Pirates went (19-41) during the shortened 2020 season and are definitely in a re-build mode that could include a 23-year-old from the Lackawanna League.

In March, Max Kranick's shoulder was bothering him and his future with the Pirates was in jeopardy. Over the coming months, he reinvented himself to become a prospect the Pirates refused to risk losing and was added to the roster.@AlexJStumpf has more:https://t.co/5viRHKA023