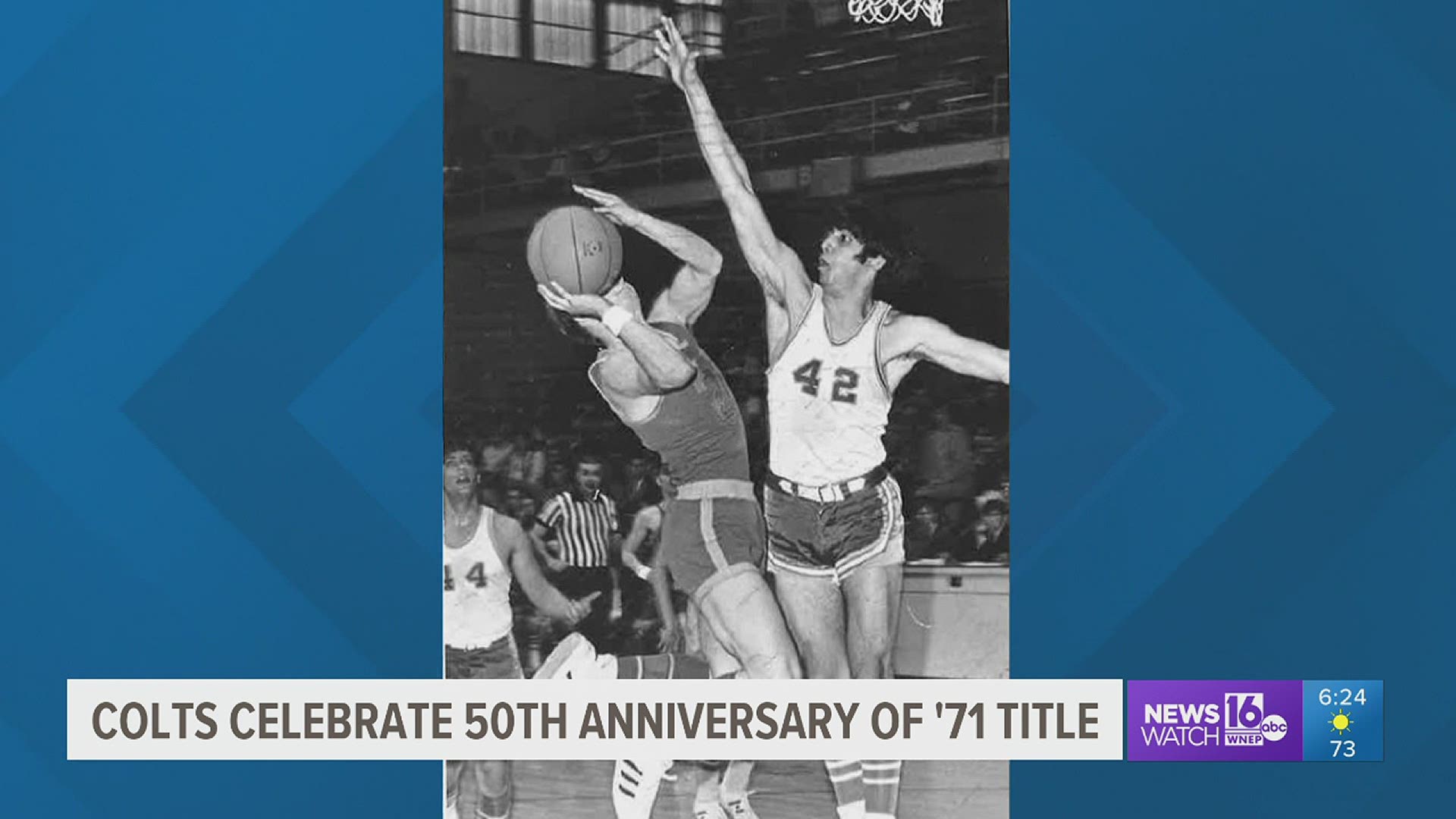 HOMETOWN, Pa. — The Colts came home to Hometown. Marian Catholic hosted members from the 1970-71 PCIAA state championship boys basketball team Wednesday. Ten players and two coaches made the trip – all to celebrate the 50th anniversary of the title.

"It’s a very, very special time because back in 1970-71 that was also very special, but it was unique then and I’m not sure it can ever be duplicated," Bob Fulton said.

Fulton was the head coach of that team that went 25-4. Joe Prekopa was a senior on that team. He traveled from Kentucky just to be here.

"There are so many things that run through your mind," Prekopa said. "The ability to see people you haven’t seen in 50 years, guys you played with. To see coach again, to listen to coach’s speech, I need a wall to run through after hearing coach’s comments after Mass.”

”All the pieces to the puzzle were here," Fulton added. "People say ‘Coach, you did a great job,’ and all that, but you don’t do a great job unless you have gifted, skilled athletes and we certainly had them.”

RELATED: Marian Catholic is set for a 7th State Championship in girls volleyball after a thrilling five set win in the semi-finals

50 years later, the Colts are celebrating the golden anniversary of that gold medal, reminiscing by looking at some old pictures and telling some stories.

”Coach and I were just talking about it," Prekopa said. "This time in the history of the school kind of helped Marian turn its corner and lay a foundation for success.”

People who made school history. History, not forgotten.