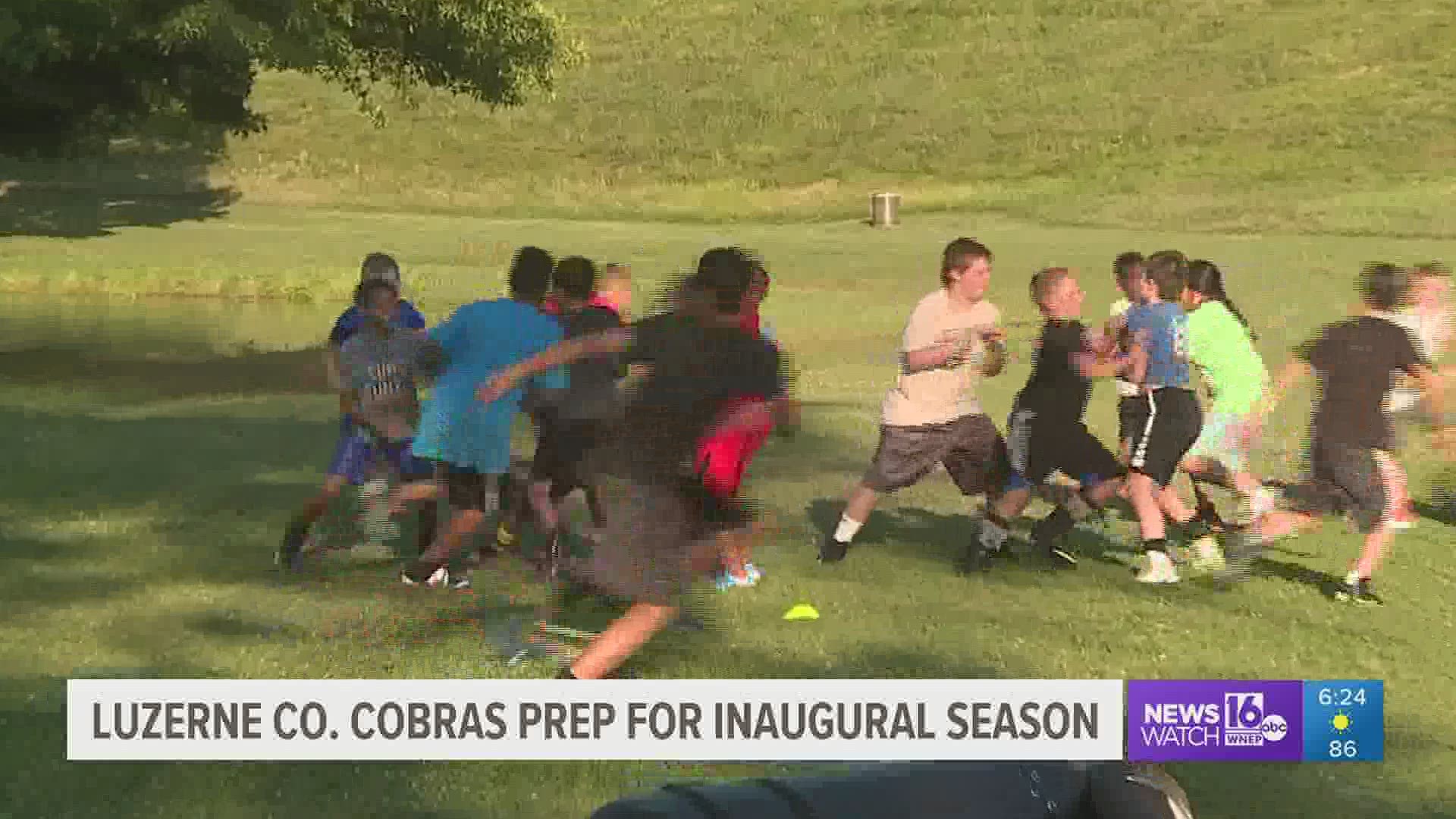 WILKES-BARRE, Pa. — 10-year-old Aiden Gilmore of Wilkes-Barre and 9-year-old Landon Lutsey of Forty Fort are just happy to be playing football, even if it isn’t easy.

"It’s been a little bit harder than usual since we’ve got to learn about discipline and stuff like that, but all in all, it’s pretty fun," Lutsey said."

"First found out that my league was going to be canceled," Gilmore added. "So, I was really excited knowing that there’s another league that I got a chance to play football at."

Gilmore and Lutsey are playing for the Luzerne County Cobras – the first AAU football program of its kind in the area – a travel team playing in the Mid Atlantic District Xtreme Football Alliance.

”These kids are another level of peewee football, the best of the best from their teams all over – Hanover, Back Mountain, Lake-Lehman," team co-founder Kyle Brown said.

"You have at least four to five kids on every level and every organization that shouldn’t be playing peewee football, that have talent, that should be playing AAU and traveling to compete." team president and co-founder William Council added.

RELATED: The Final Season For Forsette And Merrifield At West Scranton In Football, Basketball and Baseball

But traveling during the pandemic can be challenging. So why start this team now?

"The question is why not?" Brown responded. "Why not let the kids get out and have a good time, be good sports, learn, have fun, hustle?"

"It was hard enough to get everything up and going," team vice president and co-founder Tom McKenna said. "You almost don’t want to fail the kids, the parents. It’s been a lot of extra work doing temperatures before practice, the masks, sanitizing. We want it that much more for them to make sure that they still get out there and they put their trust in us to have a season."

The Cobras will play their home games at the field at Kirby Park with their inaugural game tentatively set for September 19, but their season will take them all over the region.

"It’s really an honor to play down in Baltimore and Jersey," Lutsey said. "It’s just a really cool experience to me."

"I get to see other competition that I’ve never played against," Gilmore added. "It’s a really cool experience."

”If everything goes well, we might be in Orlando this year playing for the national championship," Brown said.

At the very least, Gilmore and Lutsey can play.