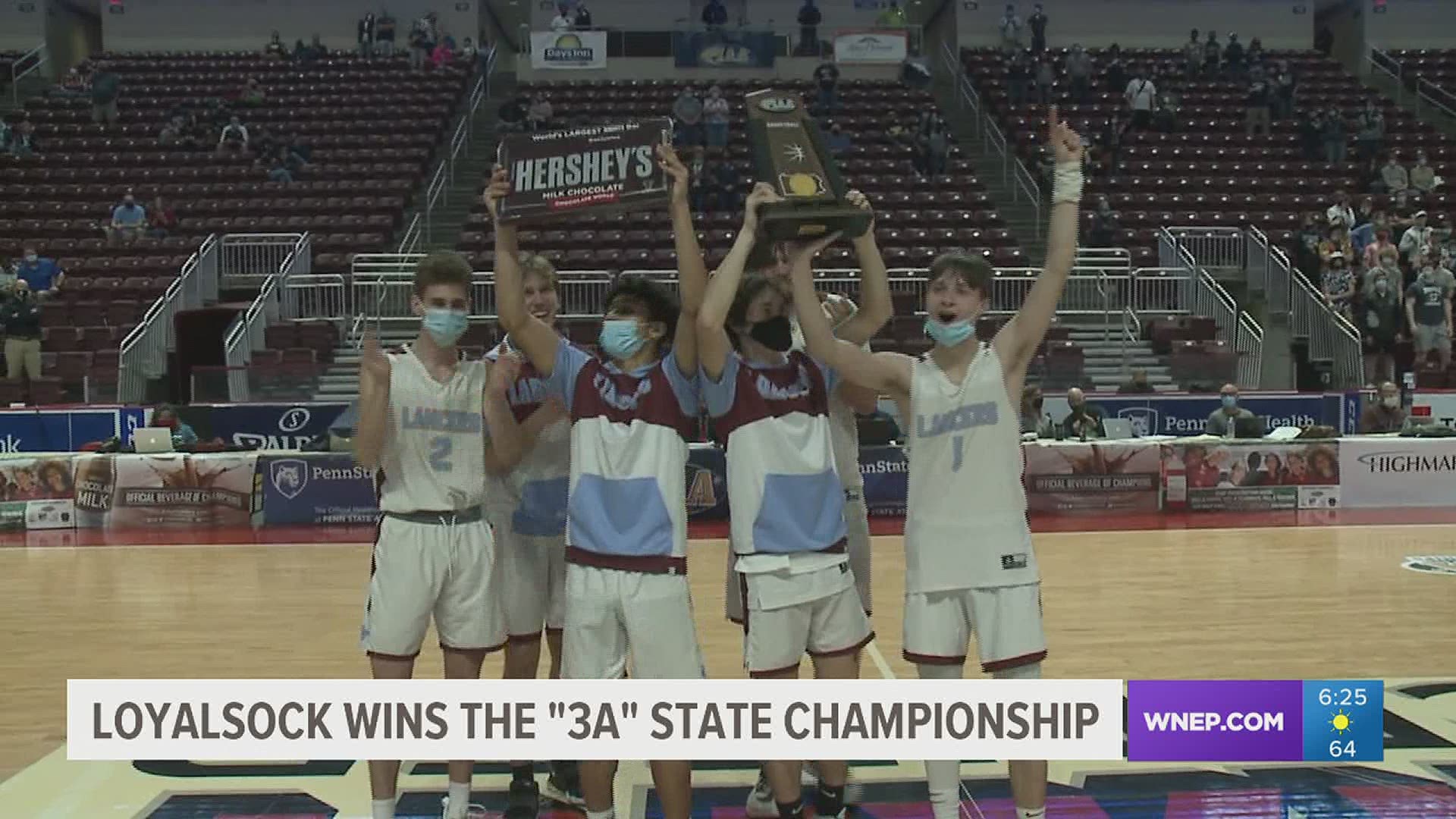 HERSHEY, Pa. — Elija Gair had 16 points for the Loyalsock Lancers on Saturday at the Giant Center in Hershey. Those points along with Dominic Jennings 21 and Idris Ali's 16 and Saraj Ali's 14 helped Loyalsock claim the "3A" state basketball title with the 75-53 win over Brookville. Ron "CI" Insinger won his 1st state title in his history of coaching. The Lancers lost in the 1993 state final.

RELATED: Sports Vault: Loyalsock made it's last trip to the HS State Basketball Championships in 1993 with a 70-60 loss to Duquesne in the 'A' Title game.

RELATED: The Loyalsock Lancers Looking For That Picture Perfect Ending To The 2020-2021 Season 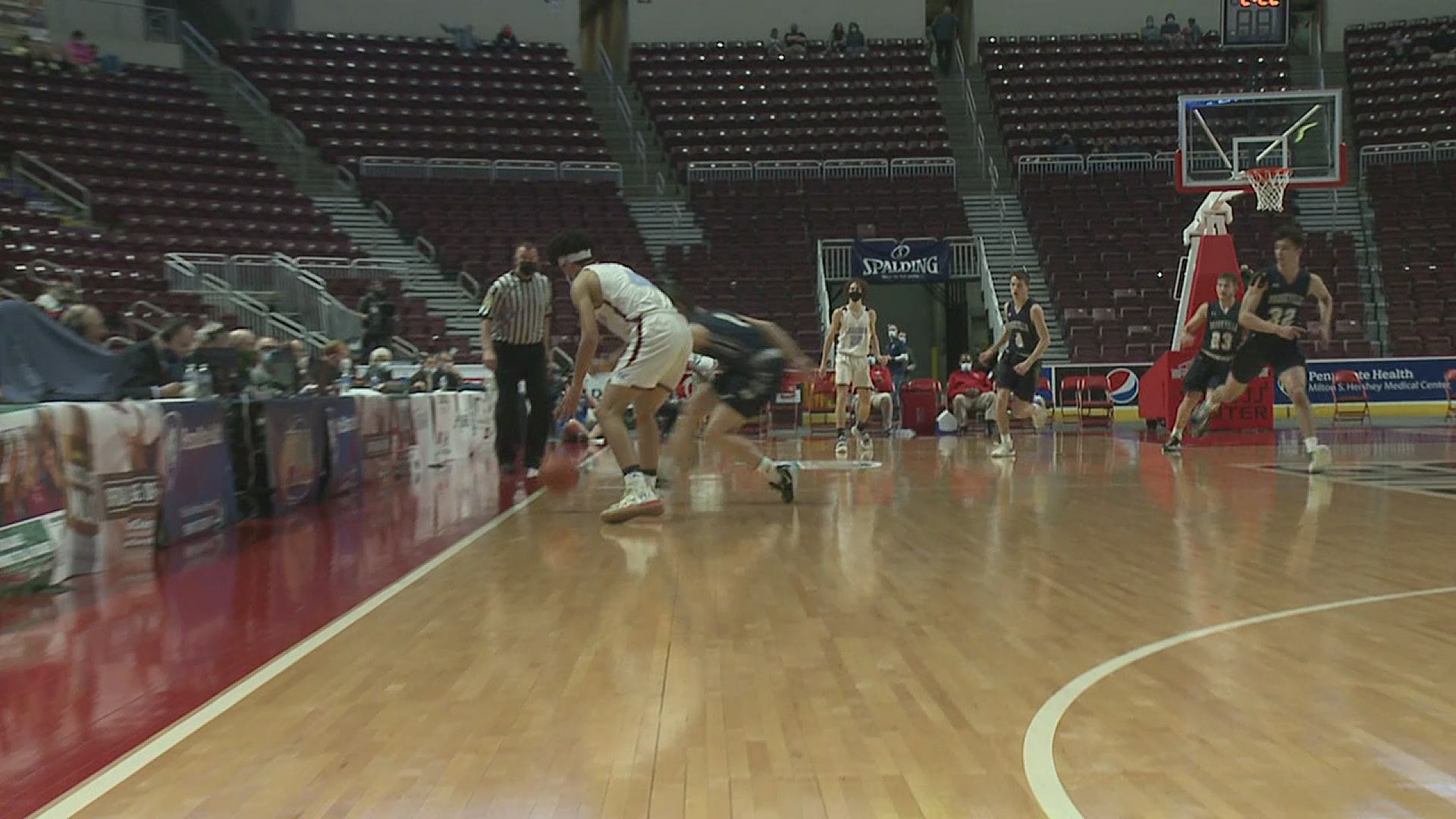 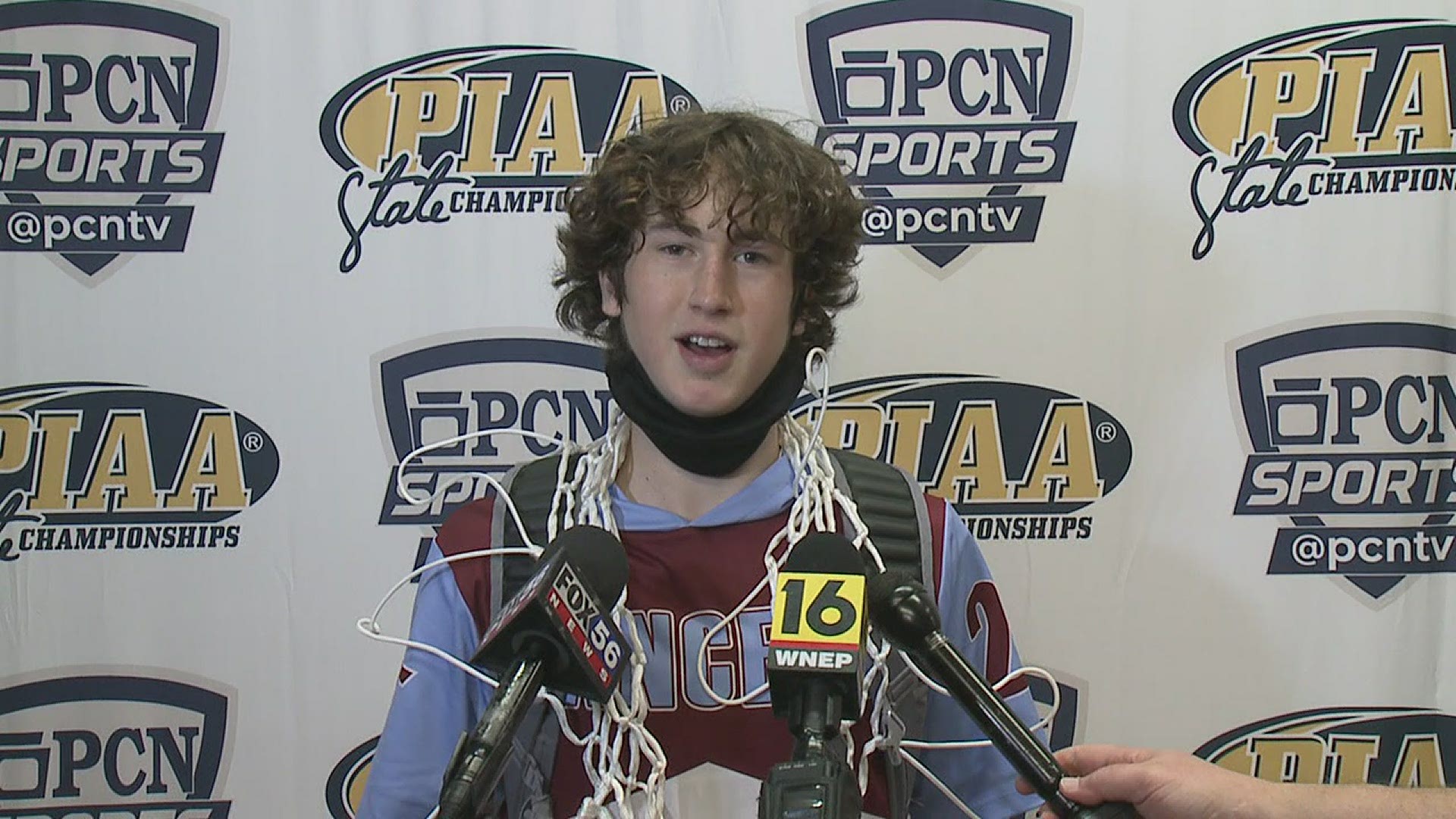 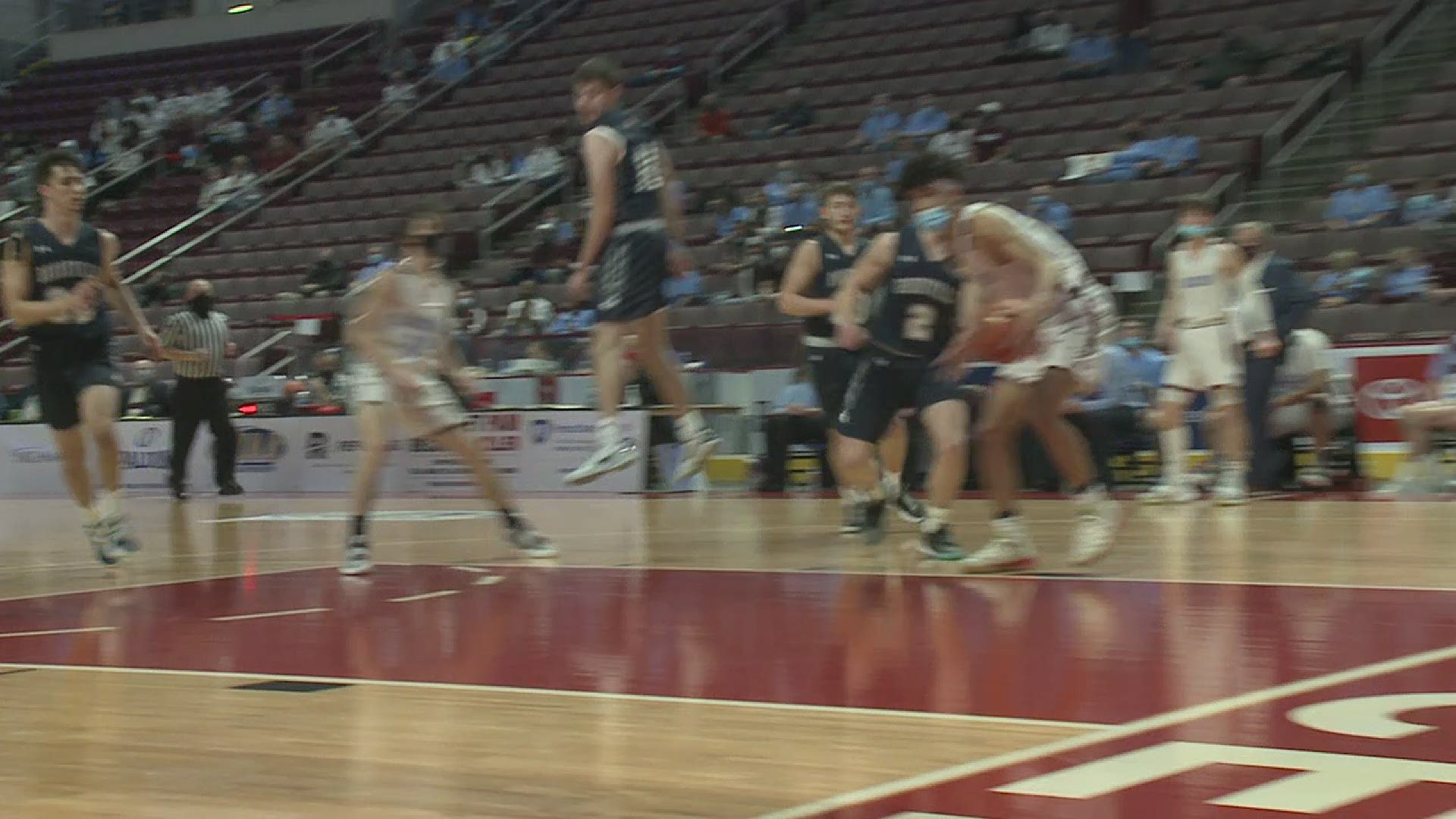 Highlights from the "3A" State Championship game