The softball team showcased their creativity with a viral video. 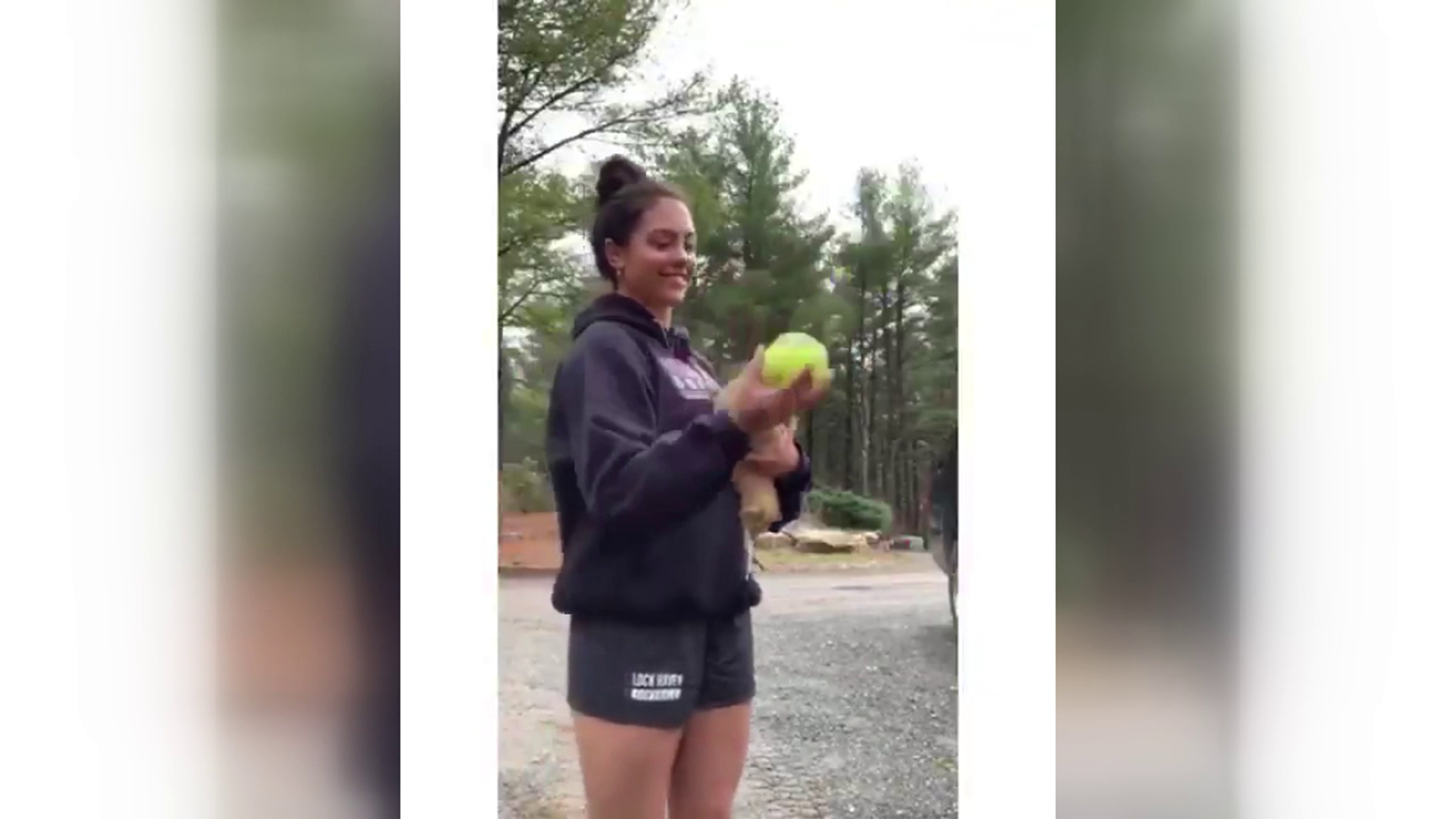 LOCK HAVEN, Pa. — With the rest of the season canceled, Casey Carpenter can't hit more of these majestic home runs for the Lock Haven softball team. But the Spring Brook-native and her teammates are still being social, while social distancing.

"I have a crossbow and I shot down the ball," Casey Carpenter said.

"I'm the one catching the ball from the window. I was like this and caught it," Sefanie O'Grady said.

"I'm the one that's on the boat. Ended up putting a safety pin through a softball," Rachel Gricoski said.

The Bald Eagles decided to have one last game of catch -- contact not required. Each player shot a personalized video, tossing a softball off-screen to a teammate. Their imagination took care of the rest.

"We're a very unique team. So we all put together something that represented us," Carpenter said.

"We just tried to put our creativity together. We all were like, 'hey, be creative! Let's make this cool!' You know what I mean?" O'Grady said. "We just wanted to do something that's like, ok, yes. We're still social distancing, but we're going to try and find a way to come together in the end."

The idea came together easily. All each player had to do was shoot a video with their smartphone and once it was posted it to Facebook and Twitter, it went viral. Over 10,000 combined views.

"I just think it's so cool," Gricoski said. "I never would have thought it would have blew up like that. "There's still got to be a brighter side. Even though we can't be together. We're still a team."

And thanks to the NCAA, Carpenter can be part of that team next season.

"I'm very thankful for the NCAA allowing seniors to have an extra eligibility year as I will take that and I will continue playing softball next season," Carpenter said.

So she can put down the crossbow, and pick back up the bat.

RELATED: Brayden Knoblauch making history for the Blue Raiders until everything was put on hold