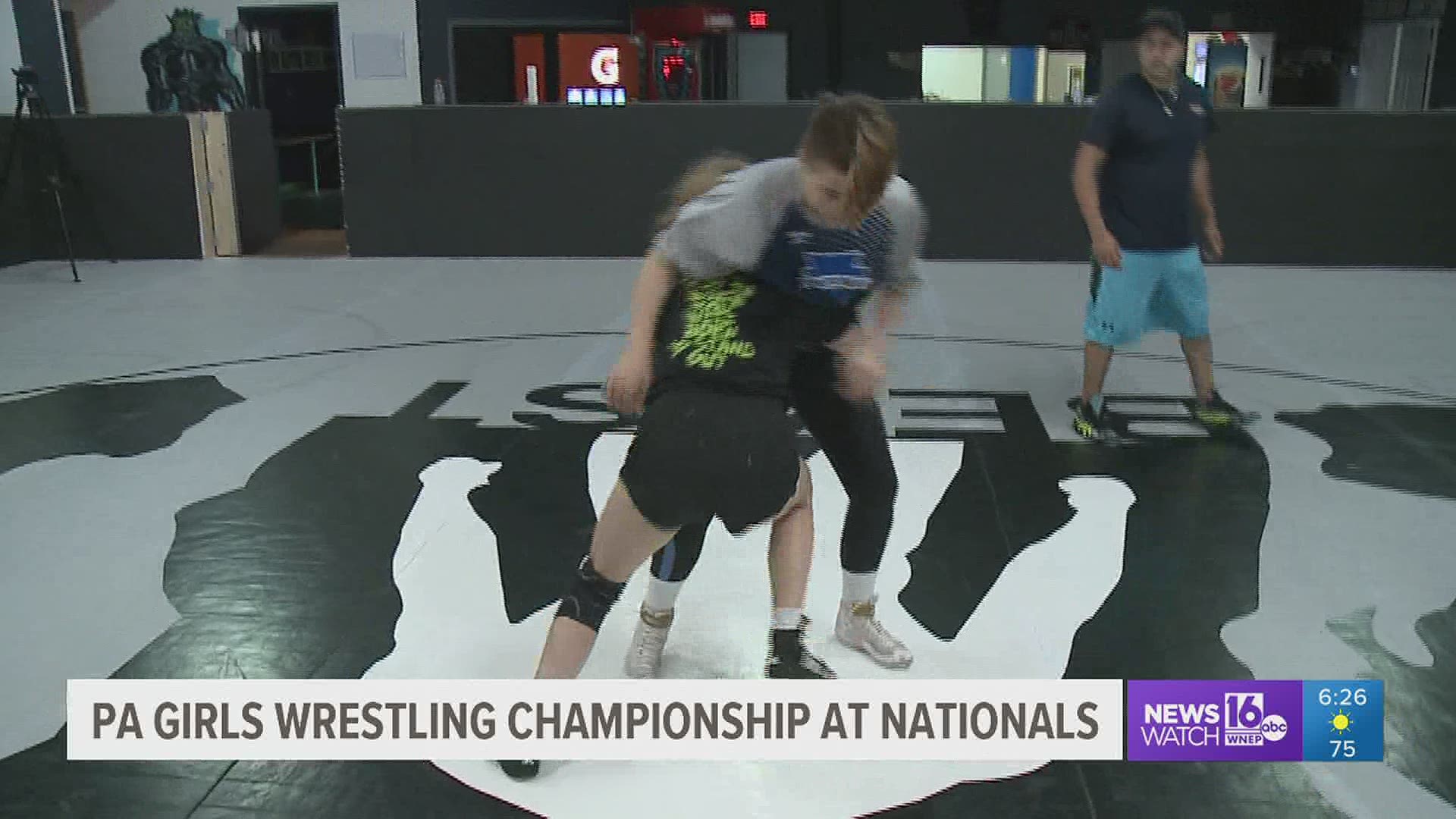 WILKES-BARRE, Pa. — Sierra Ripka is 12-years-old and going into 8th grade in the Nanticoke school district. She wrestles at 145lbs on the PA 14U State team that recently won the championship in Oklahoma at the USA Wrestling National Duals. Ripka alone with 79lb Lillian Rumsey from Williamsport made the all tournament team for freestyle and Greco-Roman.

"I feel that girl's should continue to wrestle because we can do it, and we are just as good as the boy's if not better," said Sierra.

On the 16U PA team is Lake-Lehman sophomore Lexi Schechterly. As a freshman wrestling the boy's at 106lbs in February she had a major decision and a fall before losing in the finals 7-2 becoming the first female wrestler to qualify for regionals. Her travels throughout the country haven't stopped.

"The team was fun. Our team took 4th. The 14U girls they took first. The team was awesome. There was just a lot of team support," said Lexi.

Both Sierra and Lexi would go down to Alvernia University in Reading to train with the national team before they headed out to Oklahoma.

Hopefully our girls going to these tournaments spread the word of mouth and hopefully get more girls interested," said Rich.

"It's amazing. She shows me like different moves and before matches she gets me like really hyper, and like really ready to wrestle," again said Sierra.

"It's great!!! There are a lot of great people. There is just nothing more to say. They are just awesome," again said Lexi.

Lexi and Sierra impressed with their flips.

But it was 5-year-old Kai Vitale who stole the show.

RELATED: Nate Schon, Selinsgrove heavyweight won his 2nd State Title in wrestling with an overtime takedown. Schon's next move will be to Iowa State.