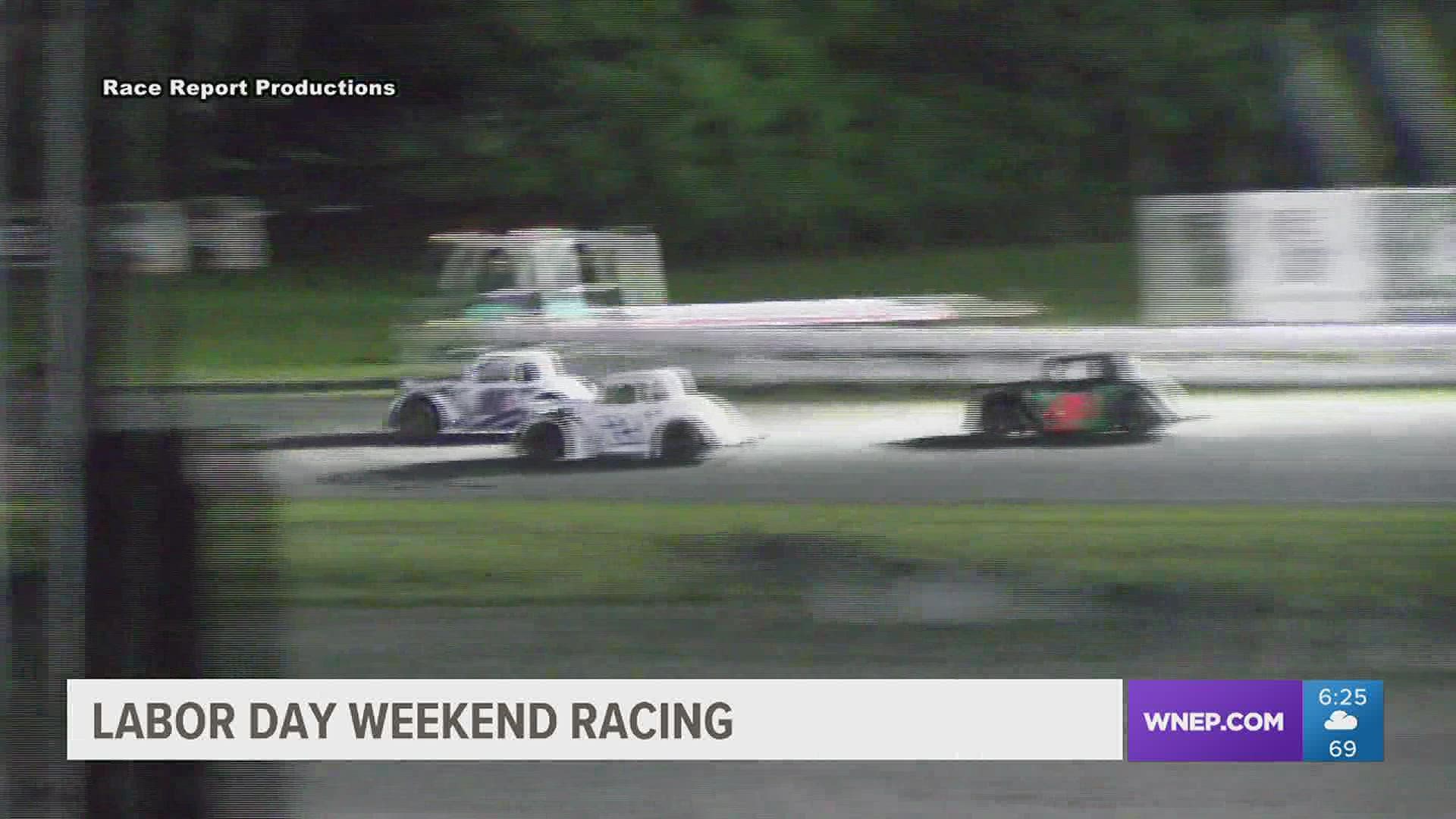 SUSQUEHANNA COUNTY, Pa. — We begin with Friday night action at Penn Can Speedway.  The closing laps were the most exciting in the modified feature.   Matt Cole had led every lap, but watched Kevin Hartnett closing in. Harnett made the pass for the lead on the last lap to take home the win over Cole.  Third place finisher Brian Malcolm secured the season championship in this race as well.

It was a rough ending to the season for Tony Harris at The Hill Speedway in Monroeton, who entered the final night leading the point standings in the Snell Fabricating Crate Sportsman division. On this restart, Harris and the number 4 car of Isabel Barron locked bumpers and Harris went for a wild ride down the home stretch. Dalton Maynard's second place finish were enough to give him the season championship.

Five Mile Point Speedway was off for the Labor Day weekend, so we bring you some action from Thunder Mountain!   Ryan Jordan scored the Modified win with Eric Leet second.  Alan Barker's third place finish was enough to crown him the 2021 Modified champion.

Also in New York state, At Bethel Motor Speedway... in the INEX Legends feature... Clark Summit's Chris Piasecki in the lead... trying to hold back Joe Prysbylinski and James Anderson.  Piasecki putting the pedal to the floor and edged out Prysbylinski to capture his first career win.