Ella Barbacci and Maddie Olshemski are both juniors at Wyoming Seminary 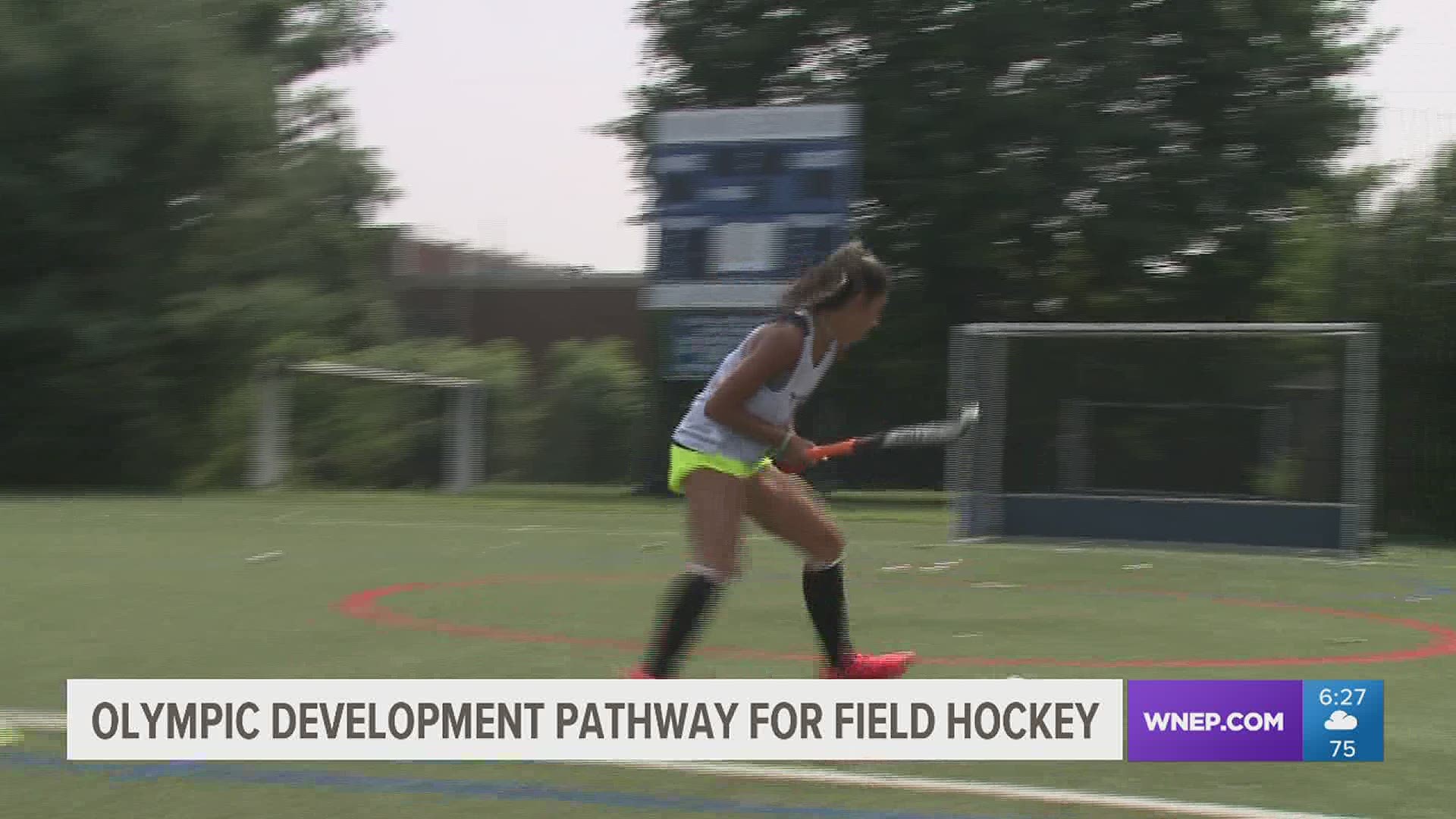 KINGSTON, Pa. — Ella Barbacci and Maddie Olshemski are juniors on Wyoming Seminary's Field Hockey team. Coming off their state championship victory over Greenwood in 2020 these two have had impressive starts already in 2021. Both attended different USA Field Hockey sessions at Spooky Nook in Lancaster this summer-part of the Olympic Development Pathway and are 2 of 55 girl's from across the US to be selected to the Rise Camps. If they make the final cut they could be part of the 2022 Rise US Women's National Team.

"I'm hoping to go on maybe after college and play on the Olympic Team or National Team hopefully. So it's a dream for me." said Ella.

"I love field hockey. I learned to love it from my sister because she played in college and just being at Sem really helps you thrive and helps you become the best field hockey player that you can be," said Maddie.

It should be a crazy month and a half for Maddie and Ella. These two are only juniors here at Wyoming Seminary and they are getting ready for their pre-season to start in August.

RELATED: Wyoming Seminary Captures Their 3rd State Field Hockey Championship In A Row With Win Over Greenwood And 9th In School History

"Me and Maddie are actually going down to a Swarthmore clinic with a bunch of college coaches. So we are going to get a lot of time getting evaluated by them and feedback from them," added Ella.

"It's exciting. It's a lot. You work hard and run because pre-season can be a lot of running," added Maddie.

Kat Sharkey and Kelsey Kolojejchick both Wyoming Seminary graduates we're on the USA Women's National Team back in 2011 and 2012.

"They started the same way that we did. They grew up here. They trained almost at the same places as us. And they got to that level and it's also very cool because in our high-school gym you walk in and you see two Olympians Kelsey K and Kat Sharkey. And it's just really cool seeing that they went here and they did the same stuff that we did," again said Maddie.