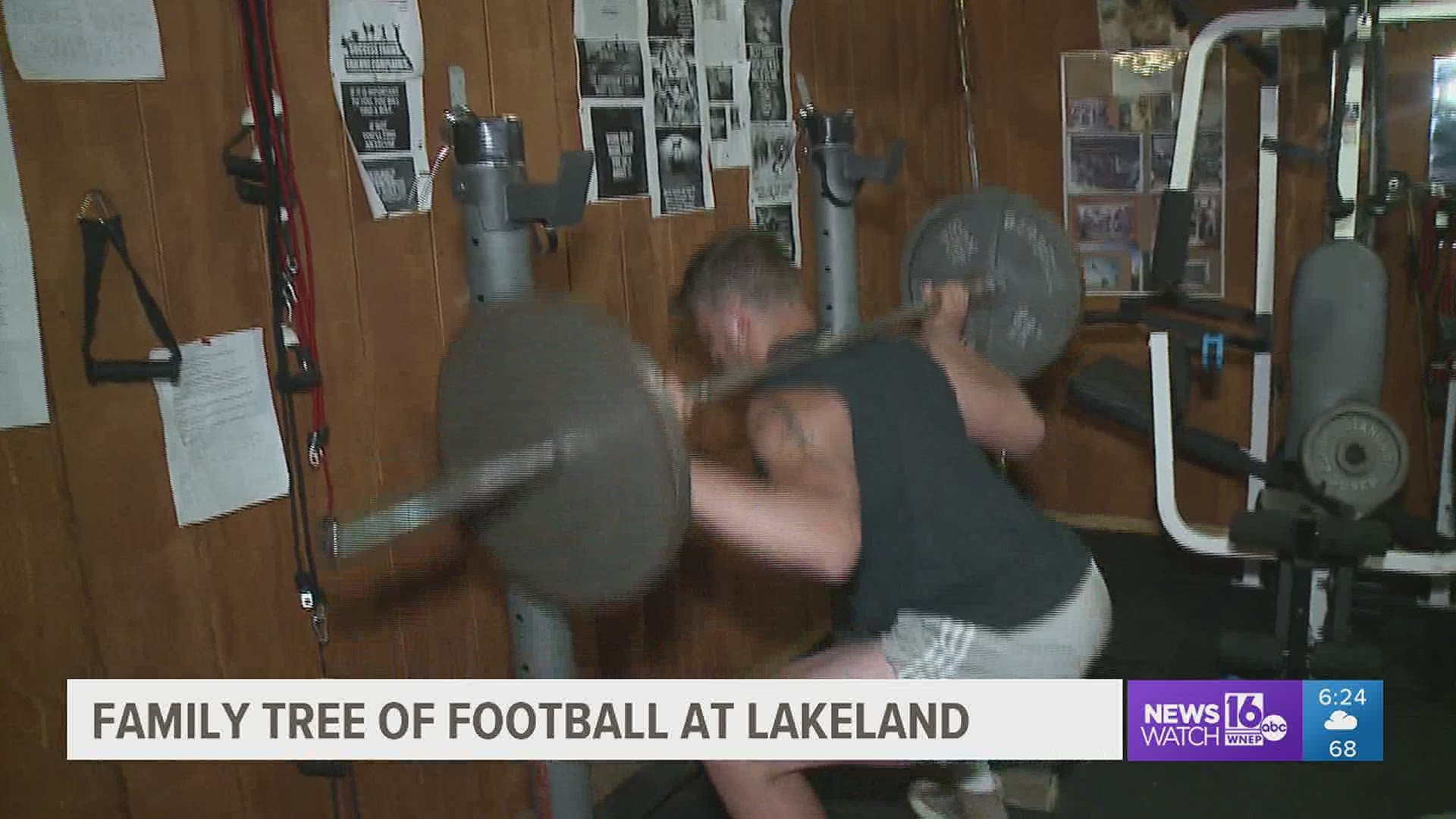 LACKAWANNA COUNTY, Pa. — At a distance of 171-7 inches that was good enough for a 3rd finish in the Boy's "AA" Discus at the PIAA State Track and Field Championships in 2019 for Lakeland sophomore CJ Dippre. The 6'5" 250lb junior now is also the quarterback for the Chiefs football team and in May CJ committed to Maryland to play his college football.

"You realize what you worked for and everything that you did is right here, so obviously Maryland has been on a down side these last couple years. I looked at the schedule for my first year of being there as a freshman and we can make a really good  winning season. The last four games are Penn State, Ohio State, Michigan and Michigan State," said CJ.

Dippre won district gold in the discus and the shot put in 2019 but never got the chance to up his marks this season, so his focus since March has been to train for football. The Terps want him to play tight end.

"Obviously when I started playing quarterback that was always a dream to play quarterback at the next level, but even the quarterback and the tight end it's almost the same thing except that I am going to have a better knowledge where quarterback's want you to be. I am always catching the ball from the snap and can do whatever,so it's not like a big change. But I think that is a good position and I am going to have a good chance to start early at Maryland," again said CJ.

RELATED: Dave Piwowarczyk Ready to Take Over at Lakeland

Halfway through CJ's senior year come January 2021 he will take the early enrollment period high-school students have when entering college, and head down to Maryland to get ready for spring football to play for the Terrapins.

"I'm not doing track on the next level anyway, and this was the end of me anyway for track, so to pursue myself and get better at football and the best chance to do more after college this is just the best opportunity that I could have and just go early and do everything that I could," added CJ.

CJ's dad Chris played at UCONN and he has a younger brother coming up throught the Lakeland program. This fall will be CJ's chance to shine.