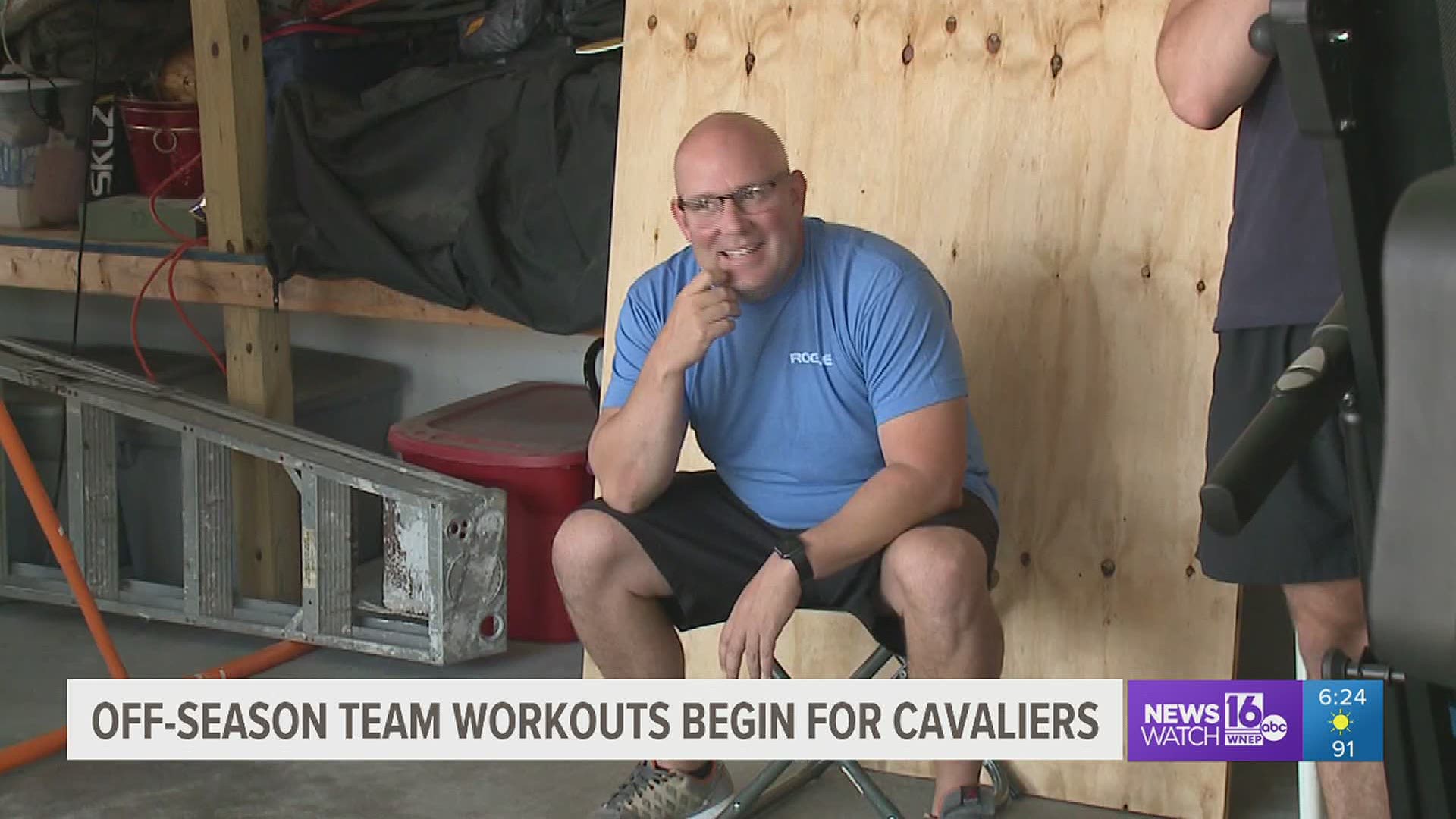 PITTSTON, Pa. — An Army veteran for the last 23 years Jimmy Clancy from Pittston recently retired from the National Guard and the 28th infantry division headquarters in Harrisburg. When he got home during this Coronavirus pandemic he found his son Jack a senior lacrosse and football player at Scranton Prep without a place to workout. So Jimmy with his Army background and a level one certificate in Cross Fit training converted his garage into a gym where the kids could lift and train.

"It started out with just the one rig, and one barbell and 350 pounds of weights and one set of dumbbells," said Jimmy.

"Back in March I wasn't that big and we realized that so we had a talk and he said that he would get me bigger," said Jack.

RELATED: Pat Connell from Scranton will head to Arizona to train with the 63rd squadron and the F-35 aircraft

"Today we are doing dead lifts and Jack has made some big gains since March he has been doing it a little bit  longer like 30 to 45 pounds gains every four weeks," added Jimmy.

Jack then invited a few friends over Cavalier teammate Vito Genello and AAA Player of the Year in football Dom  DeLuca from Wyoming Area.

"What do you like most about coming here? Having a partner. It's boring working out by yourself and not being real motivated. When you have someone to push you it makes you want to come here and actually work out," said Vito.

"I am very thankful for them having me up and I grew up with Jack. He grew up down the street from me. When we moved up here we stayed in touch a little bit and just to help out fellow athletes from the area is just awesome," said Dom.

One month into lifting here at the Clancy garage Jimmy had to go for more weights. These kids are getting stronger each and everyday.

"Here we go with the math thing again..it's 30 plus a chip. The best way to get better at your sport is play your sport, but it's the preparation, the weight training, physical conditioning and that type stuff," again said Jimmy.

RELATED: Scranton Prep girls in round two of the State basketball playoffs

Jack and Vito will start team activities with Coach Gallagher at Scranton Prep soon, while Dom  recovers from knee surgery. He will join the Penn State football team in January.

RELATED: Scranton Lions Club Dream Game is set to be played on July 23rd between the City and County