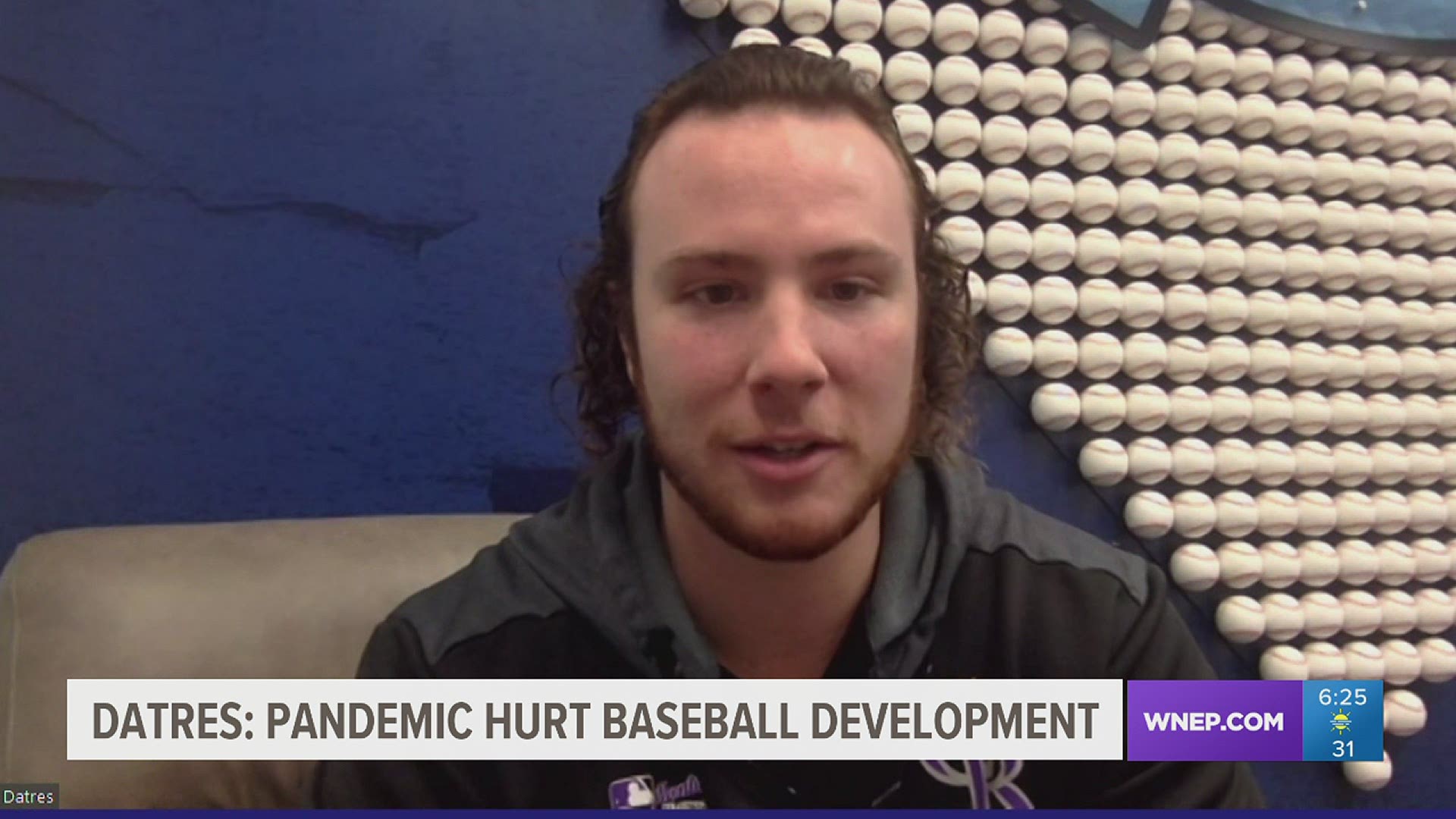 SCRANTON, Pa. — It's been a 16 month layoff from professional baseball for Kyle Datres. The former three sport athlete at Loyalsock played in 96 games for the Asheville Tourists in the South Atlantic League in 2019 batting .285 with 15 homeruns. He was a 12th round pick by the Colorado Rockies in 2018 coming out of North Carolina. Now he just wants to get started in his 3rd season of pro ball.

"That was a great year. It was a real slow start for me. I was coming off a back injury so it kind of took me a while to get going in the first half of year and then I got rolling in the 2nd half," said Kyle.

RELATED: Pirates Add Max Kranick To Their 40-Man Roster For The 2021 MLB Season

Right now Kyle is in Chapel Hill at North Carolina training. He is waiting on word from Major League Baseball when he can head out to Scottsdale Arizona and start camp with the Colorado Rockies.

"They have worked with me both at 3B and 2B. They said that the outfield is a possibility later in my career, but right now to work on those two and see what happens," again said Kyle.

Datres just turned 25 and is hoping to be assigned to High "A" ball in Spokane Washington or "AA" in Hartford Connecticut.

"I am older for the grade that I am in. I haven't been in pro ball as long as some of these younger guys that either went out of high-school or we're just younger for their grade. I would say that the virus really hurt me in terms of age wise, but I don't really think about that I just think about going out there and doing what I can do. If I am better than the guy next to me then that's all that matters," again said Kyle.

A career filled with highlight moments Datres shined on the football field for the Lancers. Four years of basketball netted 99 wins for CI, and baseball (2) state titles and then at North Carolina a trip to the 2018 College World Series. Datres remembers where it all started.

"The real passion for the game probably started in the West End days and then I had great teammates at Loyalsock that we we're all able to push each other and I think that is part of the reason why I was able to get here to North Carolina," said Kyle.

Thousands of players like Datres are dealing with affiliation changes in Major League Baseball and the uncertainty of missing another season.