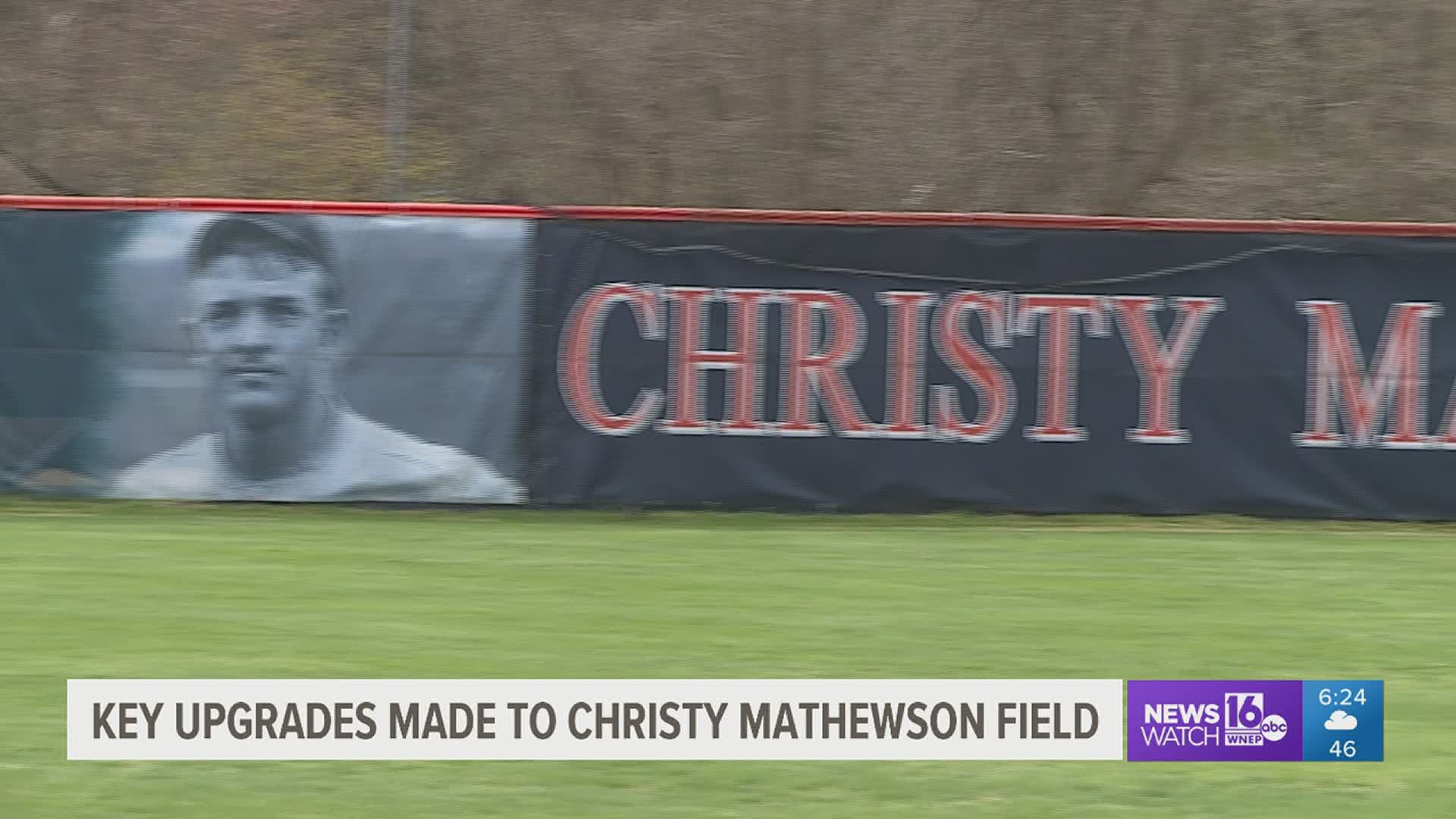 LA PLUME, Pa. — The Keystone baseball team is off to an 11-3 start to the year, but after what was taken away, the second half of the phrase “winning season” is what they appreciate most.

"I like that we’re playing baseball," Keystone Baseball Coach Jamie Shevchik said. "This year is special because last year, we didn’t get a chance to do it. The seniors and the juniors that lost their year last year, a lot of those guys came back. So for me, that’s motivation in itself and that’s a win in itself."

RELATED: A four run 5th inning propelled Keystone to an 11-5 win over Moravian in college baseball.

A Clarks Summit native, Nick Carlini did everything he could to come back for a 5th year, even making sure he had credits to take.

"We played six games last year," Carlini explained. "For me, as soon as we got our season canceled last year, I knew I was coming back right away and I’d do it again.”

Credit: WNEP
The Giants in their new home dugout at Christy Mathewson Field.

"When I first came here as a freshman, it looked completely different than it does now and I don’t take that for granted and the new guys, I try to let them know," Carlini said. "The stuff that we see now wasn’t always here and Keystone is going to keep building and we can compete with anyone campus-wise now and I’m pretty proud of that.”

"Years ago, when we were recruiting guys, we’d try to recruit them at 6:00 at night so they didn’t have to see the baseball field," Shevchik admitted. "With social media right now, this is what everybody’s looking for. So this is going to be a major boost I think in our recruiting and hopefully it gets us to even the next level of where we can compete on the national stage.”

Rewarded for success. Success the Giants plan to continue in 2021

"Over 20 years, I think we’ve put ourselves on the national stage and this is a good thank you and a great upgrade to what I think our program deserves," Shevchik said. "So, a big kudos to our institution for making this happen.”