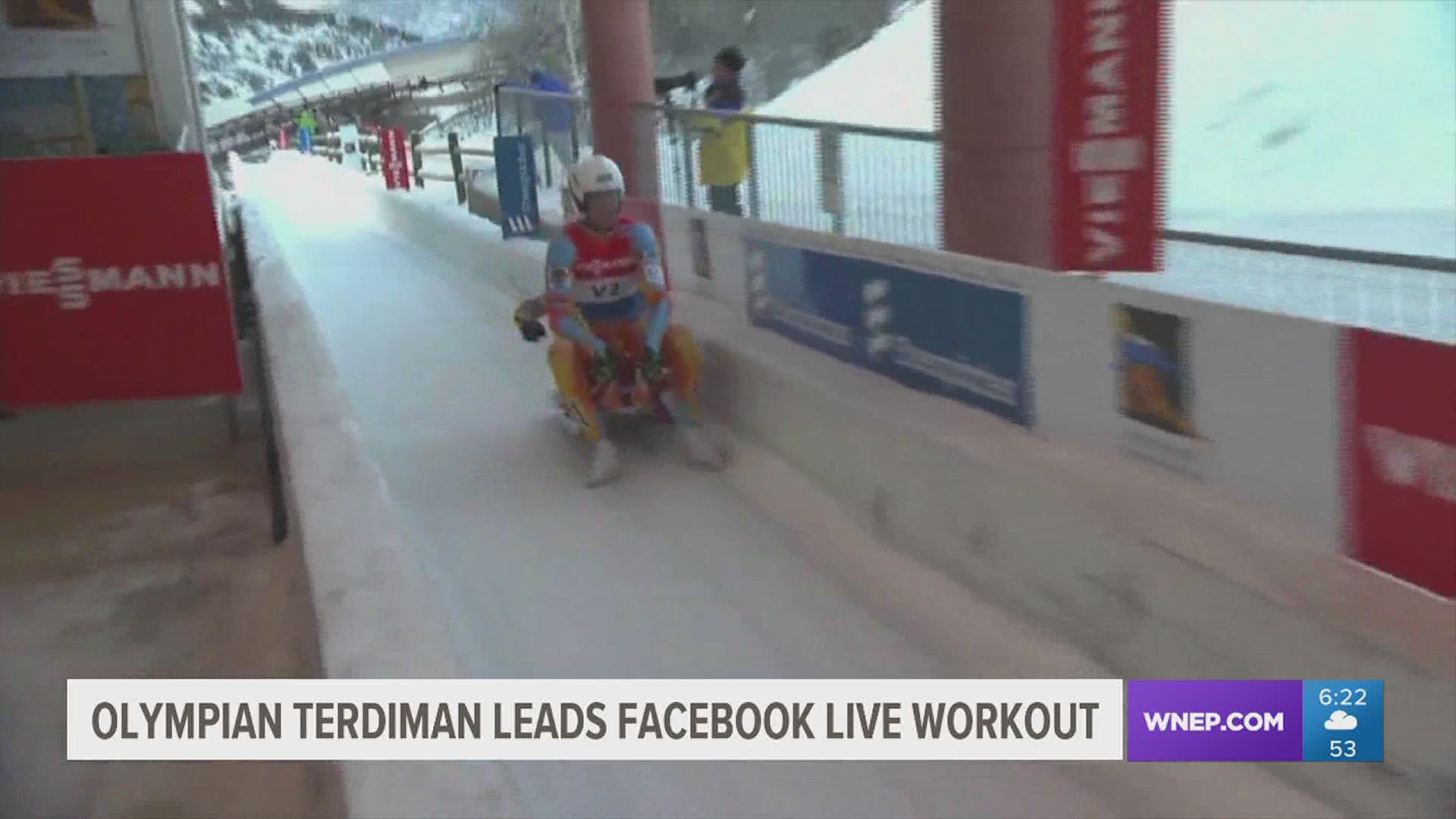 Jayson Terdiman is used to going fast. The Berwick-native is a two-time Olympian and six-time national champion in luge. So slowing down during this pandemic is counterintuitive.

"It's an adjustment, waiting this out, ready to go, staying as best prepped as I can for my training schedule, but I'm ready to be in a gym again," Terdiman said.

The 31-year-old lives in Lake Placid, New York, near the Olympic Sites. Due the pandemic, he can't use the facilities, but he can workout from home. So, he volunteered to do a Facebook Live workout, for some young, aspiring Olympians.

"I'm here today to put you guys through a quick, little, ten-minute, Super Kid workout," Terdiman said on his Facebook Live video. "We're going to call it a recess workout during this pandemic."

"My mother's a second grade teacher in Berwick and I know how difficult she's had, staying in contact with her kids and making sure everybody's doing what they're supposed to be doing," Terdiman explained. "I know it's tough for parents and it's just to be able to help try and even just for ten minutes, get those kids out of their own, little funk that they're in, being stuck at home and maybe just doing something different, having a good time. Even myself, I find myself being a little bit lazier than normal just because we're stuck, but it's very important that we still find the time to focus on ourselves and our self-care and staying active and being physically fit is part of that."

Posted by Lake Placid Olympic Sites on Friday, May 1, 2020

Leading online workouts from home may not compare to the feeling of being on a podium. With some new equipment, Terdiman's doubles season didn't go as he hoped this year, but as part of the relay team, he won a bronze medal at the World Championships.

RELATED: Berwick Teen Adding to the List of Local Lugers

RELATED: Finding the Next Olympic Luger

"We still ended up with a world championship medal, which is huge," Terdiman said. "For us, that's the Olympics every non-Olympic year. So, hopefully we'll have our day in February 2022 where we can all stand on a podium together and really enjoy that moment."

Until then, he'll enjoy these moments – for himself, and for the kids.