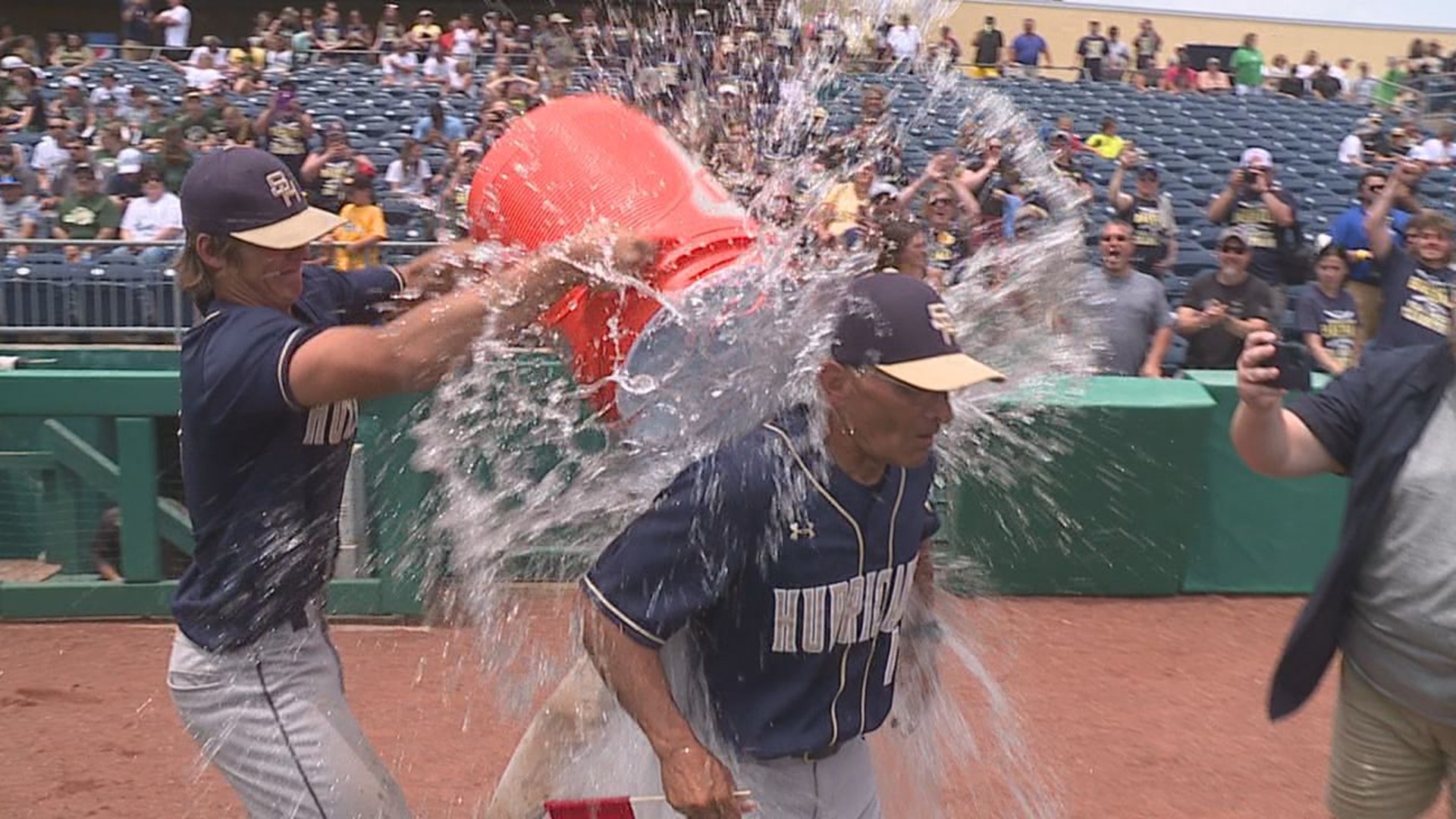 STATE COLLEGE, Pa. — Schuylkill Haven held off Shenango in the PIAA Class 2A state baseball title. The Hurricanes won 8-7 to capture the first state championship in school history - and they did it for their head coach and athletic director, Scott Buffington. Coach Buff is in his 44th season and recovered from a stroke last year. So this was a meaningful moment all around and a bath well-deserved.

RELATED: Schuylkill Haven was up 6-1 early and held on to defeat Shenango 8-7 to win the 'AA' HS baseball State title.

"He's been doing this forever," Schuylkill Haven senior infielder Jack Higgins said. "He's a Schuylkill Haven legend. So, we just wanted to bring this home for him and we did. He's the greatest coach I ever had. He puts so much time in to the field and team and he's like a father to us."