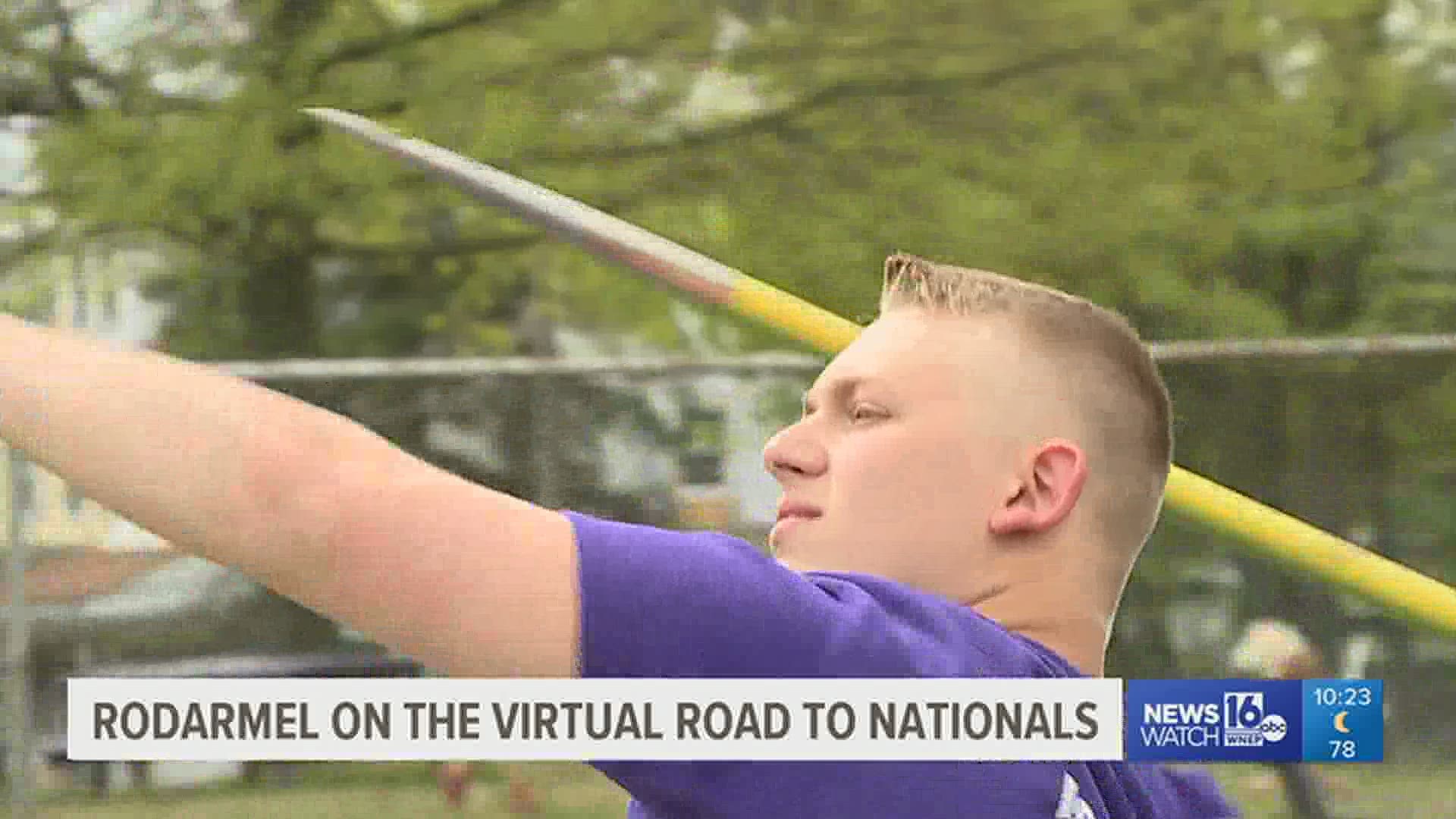 SHAMOKIN, Pa. — Hunter Rodarmel can showcase the strength, whether it's with the javelin or as a lineman, but this year, he can't simply transition from the football field to track and field.

"It was really disappointing," Rodarmel said. "I was really looking forward to this season because of how much work I put in the offseason."

More than most. After the high school season, the Shamokin-native competed in AAU, making it all the way to nationals in North Carolina. Competing today is challenging, but it's not impossible. It's just digital. This is the NSAF and Athletic NET Virtual Nationals.

"You download an app and then we just come out and throw and take a video of whole throw and measuring it," Rodarmel explained.

"We upload them, submit them," Rodarmel's personal coach Justin Rickert continued. "They look them over to mark if they're valid or not valid. It's easy on traveling. It's easy on not big crowds with everything that we're dealing with this situation in the world."

"It gave me hope because now I can actually get legit numbers," Rodarmel said. "I know coaches weren't seeing the numbers that I'm throwing now because I'm obviously throwing a lot better this year."

Four days a week, Rodarmel comes here to the Faust Softball Field in the Ferndale section of Coal Township. This is where he trains and submits those videos. That dedication is already paying off. His PR is up nearly 30 feet to 183-4.

"My goal at the beginning of this year was 170 and then I hit that a lot sooner than I expected to," he said.

RELATED: Laubach shows his love for football in his spring workouts

"I just want to keep bumping up my goal every time I hit it," Rodarmel said.

Proving you don't need an official season to show what you can do.

"It's definitely a really big relief because now it doesn't feel like I've done all this training and not get to show it anywhere," Rodarmel said.

"He's a hard-working kid," Rickert said. "Just says who he is on the track, on the football field and he's a great student in the classroom."