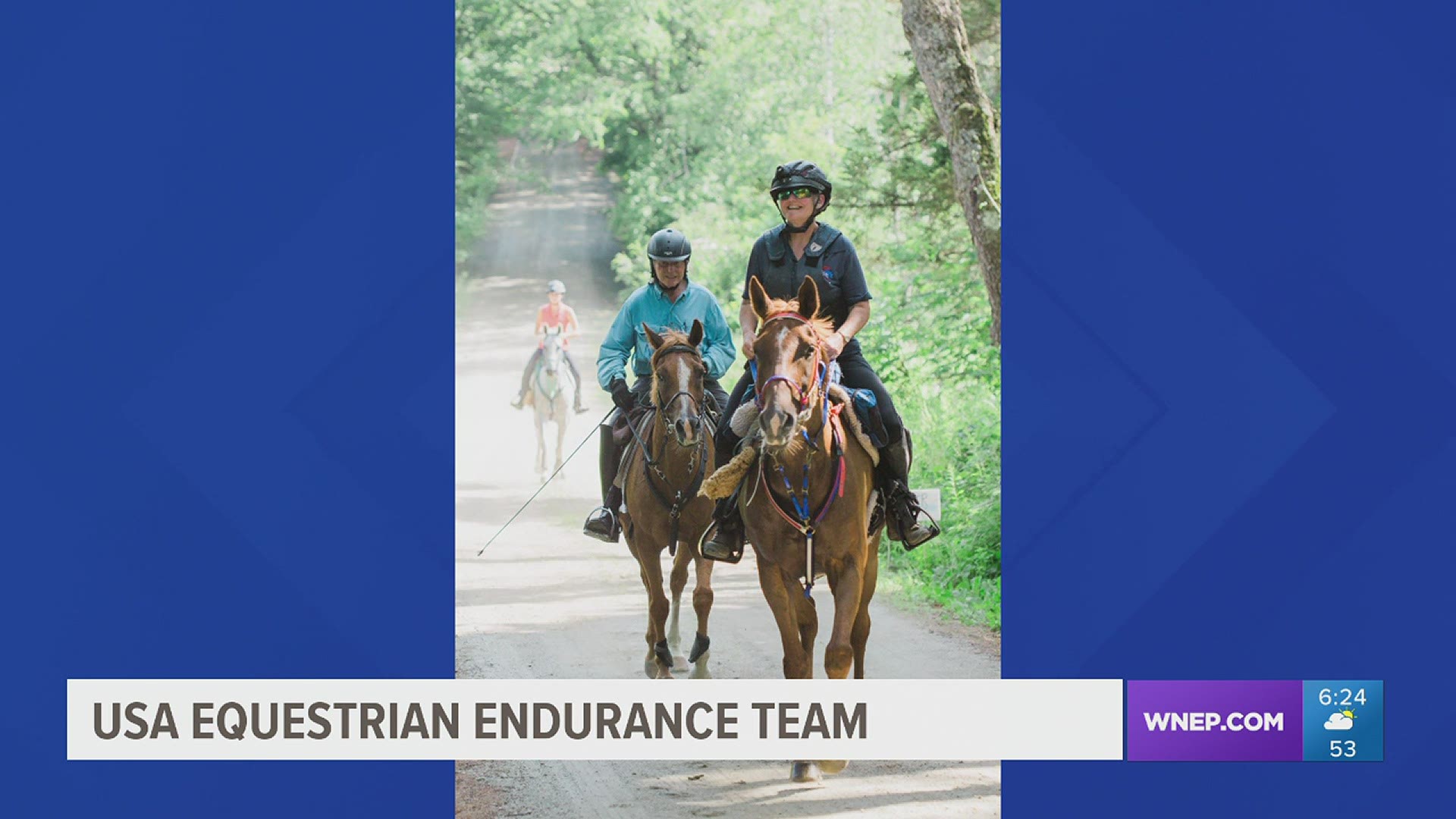 MONROE COUNTY, Pa. — Holly Corcoran is a 1988 East Stroudsburg University graduate and lives in Monroe County with her 5 Arabian horses. Back in 2003 she got involved in the sport of equestrian endurance riding. Over the last few months she has been training her 2007 Arabian gelding Poete down in Florida for this month's Endurance World Championship in Pisa, Italy. She is part of the five member USA team making the trip to compete in this international event.

"There is a lot of strategy involved in endurance to begin with just so you know. Like I said coming into the holds you want to strip down as fast as possible like NASCAR. So you maintain efficiency in the ride and try to make every moment count so that the horse has to do the least amount of work over the terrain," said Holly.

When Holly gets over to Italy with her 5 member team for this endurance challenge there are 6 different phases on the course, 4 different loops, 160 kilometers which is 100 miles and 16 different check points. And after each phase there are veterinarians there to do medical checks on the horses.

"We will go into this with working a very conservative first loop and then we will do what's called negative splits where we go faster each loop because we find that when a horse conserves energy in the beginning they have more at the end," again said Holly.

The COVID-19 pandemic pushed this world championship back an entire year. In 2022 it's the World Equestrian Games in the Netherlands. Traveling, competing and training horses has kept Holly busy.

"He is just amazing. He is a true athlete. He is the type of if you imagined a football player and he would just be out there and making it look easy.  But he is a big personality just like that same type of athlete," added Holly.

During the 11 hour event Holly is pushing for a pace around 15 kilometers an hour.

"There are some folks that ride out there that are professional teams and they are racing at over 20-25 kilometers an hour and that is just not going to be our game so if we have a team completion and we get on the podium that would be fabulous," said Holly.