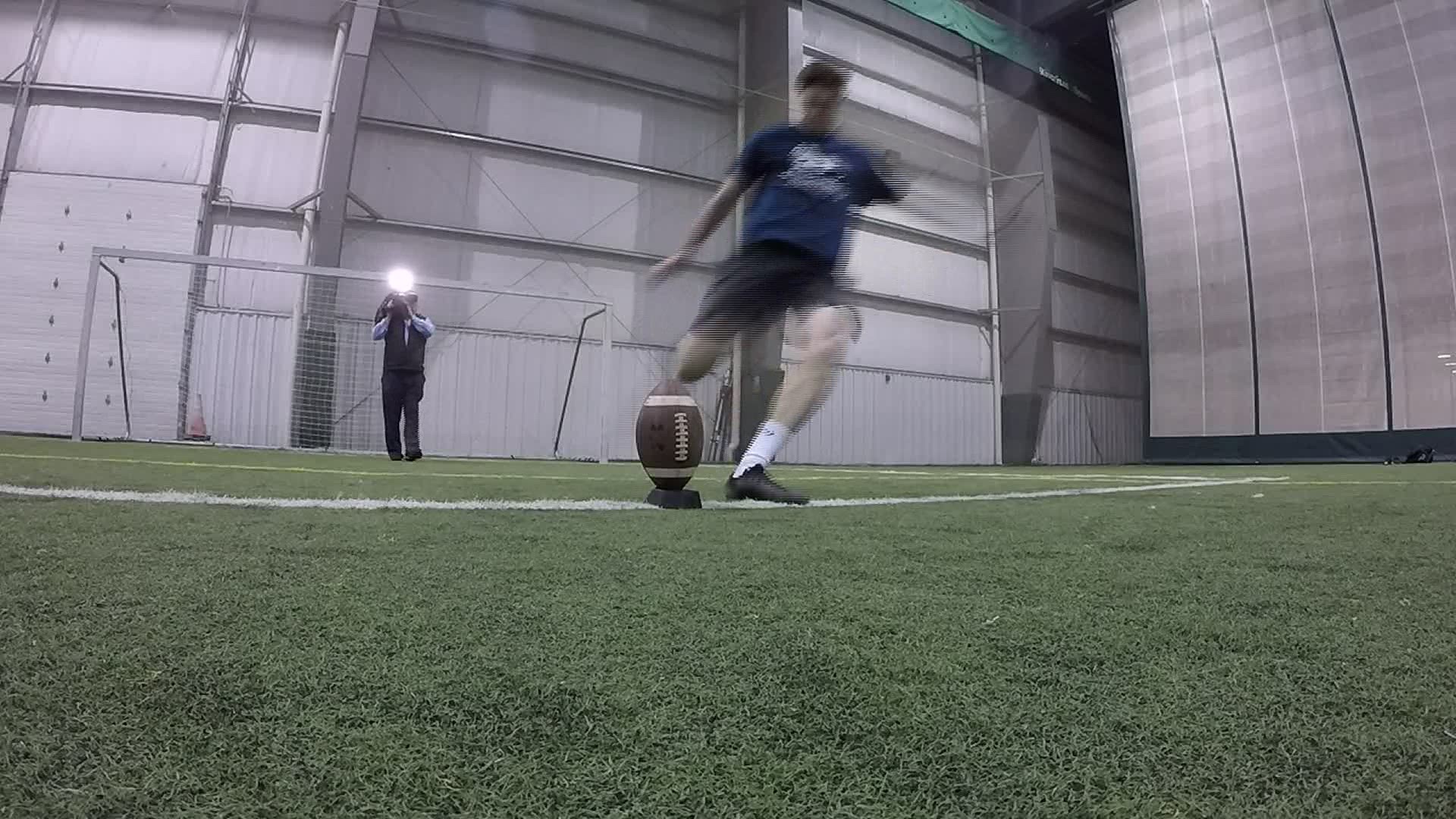 Jaxson Montross from Tunkhannock uses the Riverfront Sports Complex in Scranton to get in a Monday kicking practice. The Tigers senior is coming off a season where he his 37 extra points and 8 field goals.

His long was 47 yards in a game and 57 in practice. For his efforts last week Montross named to the Big 33 PA football team.

"Oh my I was over the moon..Over the moon it was just a dream come true really. I mean to be in the same kind of conversation as Robbie Gould the Super Bowl kicker is like that's beyond my wildest dreams..It's crazy," said Jaxson.

A converted soccer player Jaxson started kicking a year ago attended specialist camps at Syracuse, Temple, Lehigh, Villanova and Penn State where he won the kickoff competition impressing the Penn State coaching staff. Jaxson has made a name for himself around the state.

"Did you feel like you we're the best kicker in the state this year? One of the best Yes! If not the best yeah! I definitely put in a ton of hard work and kept grinding all the way," again said Jaxson.

Jaxson will play in the Big 33 game football game on Memorial Day weekend then come back to Tunkhannock to graduate in June. In August he heads to Shippensburg. So Jaxson he will be in Wyoming County and Tunkhannock most of the summer.

"I just love kicking the ball and it's so much fun to be part of a football team. It's unlike any other sport I have ever played.  I like the bonding, the team activities and everything and Friday night's are awesome. I can keep pushing my range farther and farther and I will get bigger and stronger from lifting the weights, and I can't wait to get going full time I can't wait," added Jaxson.

Jaxson plans to major in business with an emphasis on administration or marketing. Steve Lloyd reporting for Newswatch 16 sports from Scranton.