Winning Ways For The Warriors Leader Keith Olsommer After 21 Seasons

Keith Olsommer has been the head coach here at Delaware Valley since 1999. In those 20 seasons 5 District II championships. They go for their 6th Friday night a... 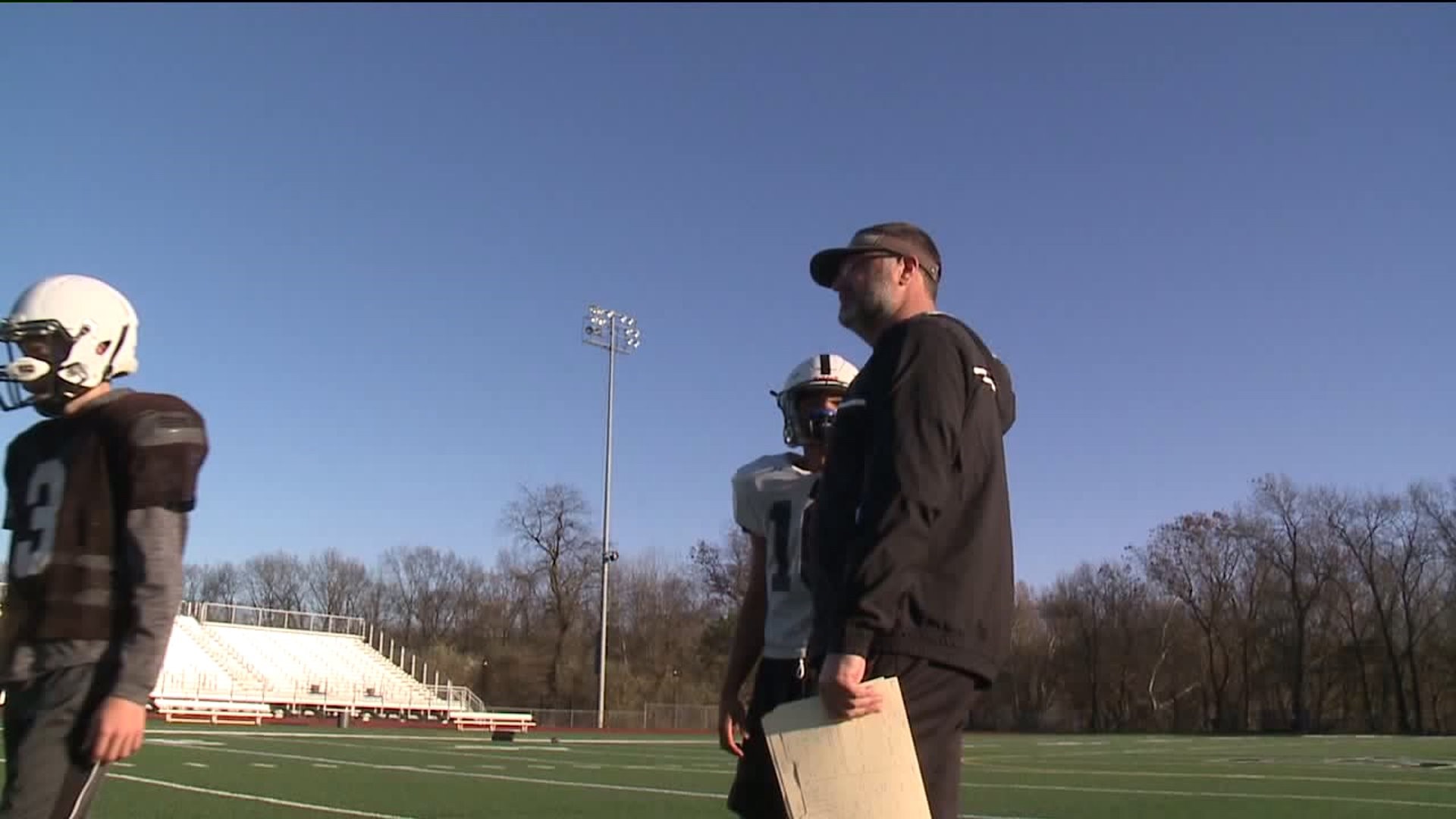 Keith Olsommer has been the head coach here at Delaware Valley since 1999. In those 20 seasons 5 District II championships. They go for their 6th Friday night against the Wolfpack of Wilkes-Barre Area.

"It means a lot. You know nobody likes to come out here and that is a huge advantage for us. We travel to everybody so it's not that big of a deal travel wise, but you would think that we we're in Boston Massachusetts the way that some people talk about how people travel all the way out to Delaware Valley.

Olsommer has put on some mileage of his own since his playing days with Nick Donato at North Pocono to 4 consecutive bowl victories at Penn State under Joe Paterno and finally calling it quits at Ravens rookie camp. With his career over Keith got into teaching and coaching.

"I enjoyed my time there. I got to meet some great people some great leaders. I tell people I was catching passes from Vinny Testaverde one week and then two weeks later I was teaching a 7th grade student how to put on their shoulder pads," said Keith.

The first three seasons here for Keith at DV rough! A record of (4-27). Since then he's rolled off 153 wins in 21 seasons with Delaware Valley and numerous players going onto play big time college football.

"(1-19) after two years what do you think I thought where the program was? We weren't very good," again said Keith.

"When I was a sophomore he did a great job of letting the young guys such as myself and the others now seniors former seniors get some playing time," said Josh.

"He is great at showing ways of like picking yourself up when you are in a bad situation. Stuff like that. And making sure to keep your head up and tell your teammates make sure that they are keeping their heads. Which is a big part of our success here," said Jason Henderson.

Olsommer mentioned the great players Bryan Schor, Lex Rosario and Brandon Clemons as the backbone of this program. And gives credit to Miss Plank and Coach Donato for that social studies class his sophomore year in high school. Steve Lloyd reporting for Newswatch 16 sports from Pike County.