The best way to get over a tough loss Saturday is with an unforgettable Sunday. Meet Connor Dempsey, Casey Knott, Griffin McGinley and Will Stevens. You can cal... 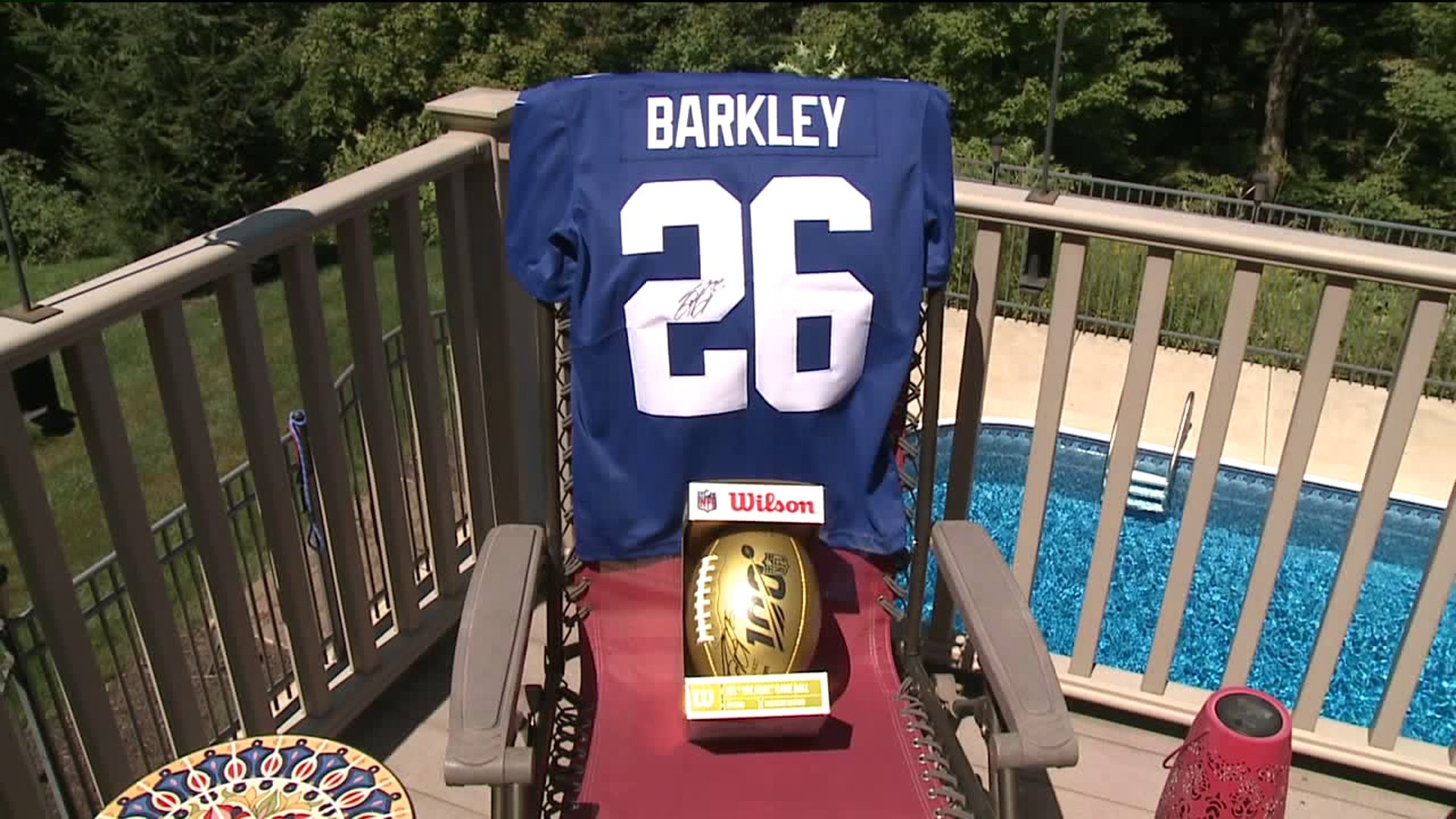 The best way to get over a tough loss Saturday is with an unforgettable Sunday. Meet Connor Dempsey, Casey Knott, Griffin McGinley and Will Stevens. You can call them the Quad Squad. The Abington Heights juniors won Saquon Barkley's Quad Squad Quad Challenge. From bottle flipping and flossing to lunges and squats, the Comets' video won the challenge and Sunday? Their prize.

"I was pretty skeptical at first," Stevens admitted. "Ahat are the odds that we get to meet Saquon Barkley and get to spend a day with him, but it was real."

"We were like, 'wow, we're actually going to meet Saquon Barkley, like, the Saquon Barkley," McGinley added. "The guy that I've watched ever since his freshman year in college, I'm finally meeting him."

Barkley's challenge was part of the NFL's "Experiences of a Lifetime" campaign. The winners from Lackawanna County got to meet and train with Barkley at the giants' facility in New Jersey, all documented on social media and yes, it was leg day.

"It was pretty difficult," Stevens said. "When you have Saquon Barkley telling you what to do, it kind of puts a fire under you and you make sure you get it done."

"He had a pretty good sense of humor and every time he'd tell us orders or tell us to do something, he just couldn't stop laughing," Dempsey said.

"He thought it was cool to work out with us, too because we won and he liked our video," Casey said.

"Last night, I was like, 'whoa, this day was really cool,'" McGinley added. "I never thought that this would happen."

Oh, it happened and they've got the swag to prove it. So even though none of these guys happen to be Giants fans and only McGinley claims to be a Penn State fan, they're all Saquon Barkley fans for life.

"Every time I look at that, I'm going to remember the amazing day I had at the Giants' facility," Dempsey said. "I'm very thankful for them welcoming us with open arms."

Meeting Barkley this past weekend and getting signed memorabilia, that's actually only part one of the boys' prize. They also get tickets and pregame sideline passes to the game against the eagles on December 29th. Until then, it's back to work. Abington Heights plays at Valley View this Friday night.