WEST PITTSTON, Pa. — It’s not every Friday night that a high school football game starts with a flyover. But this wasn’t your typical high sch... 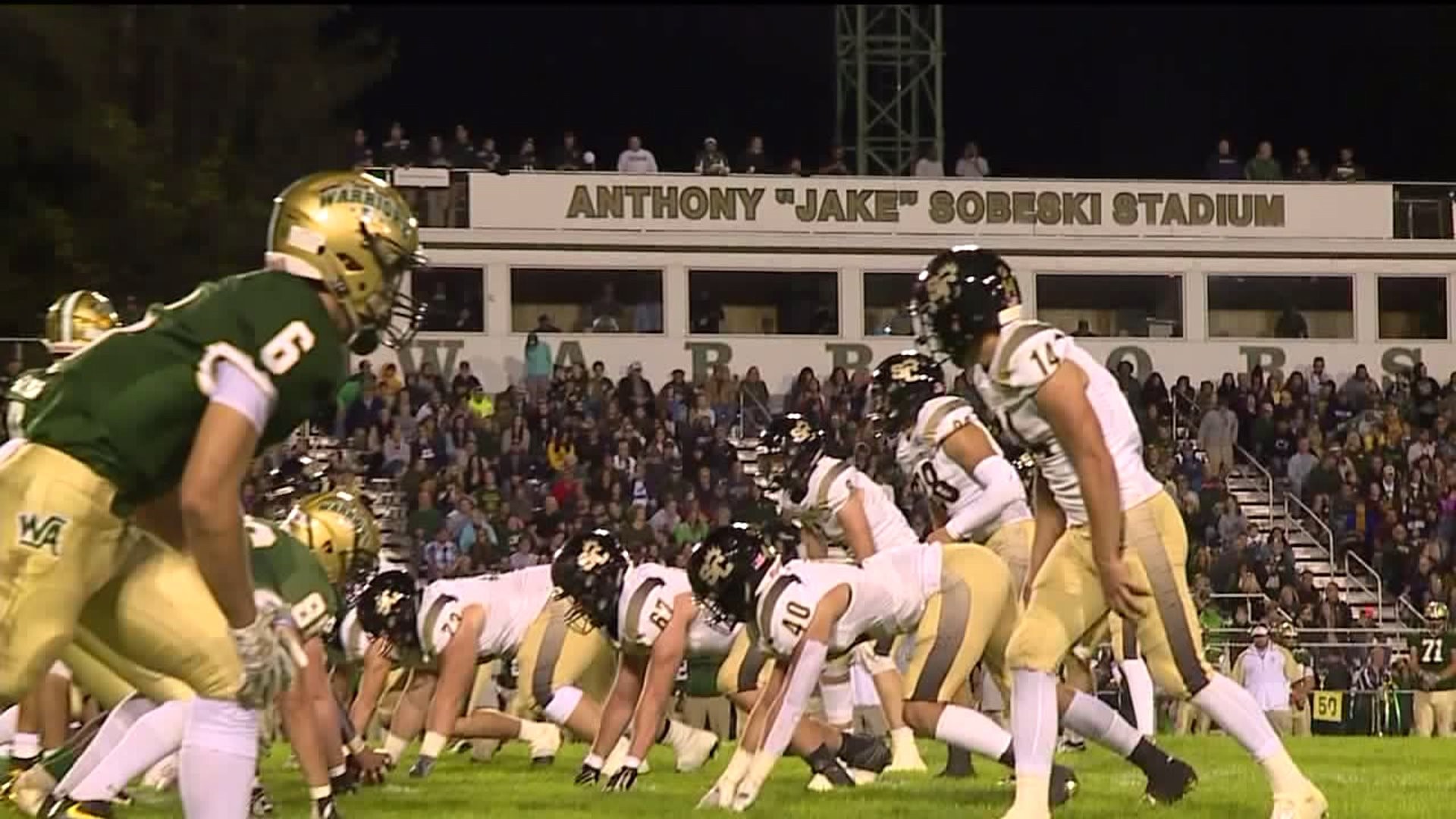 WEST PITTSTON, Pa. -- It's not every Friday night that a high school football game starts with a flyover.

But this wasn't your typical high school football game.

Undefeated Southern Columbia traveled to West Pittston to take on unbeaten Wyoming Area in a matchup between two of the top teams in our area.

A few weeks ago, the two schools agreed to a schedule change with hopes this would be a game that would fine-tune each program for a deep playoff run. An estimated 7,000 fans were on hand to catch the game. The hype leading up to kickoff made this one of the more highly anticipated high school football games this year has seen in recent memory.

"It's a great experience because, in both leagues, they play teams that are a little bit inferior to their level of competition. So, this gave both teams an opportunity to head up against equal talent, even though the score is not reflective to the talent Wyoming Area has," David Amico of West Wyoming said.

And while both teams entered the game undefeated, there was a high level of respect between the two schools and fan bases. Wyoming area gave a warm welcome to Southern Columbia, and the tigers welcomed the talent.

And everybody in attendance seemed happy this game went down.