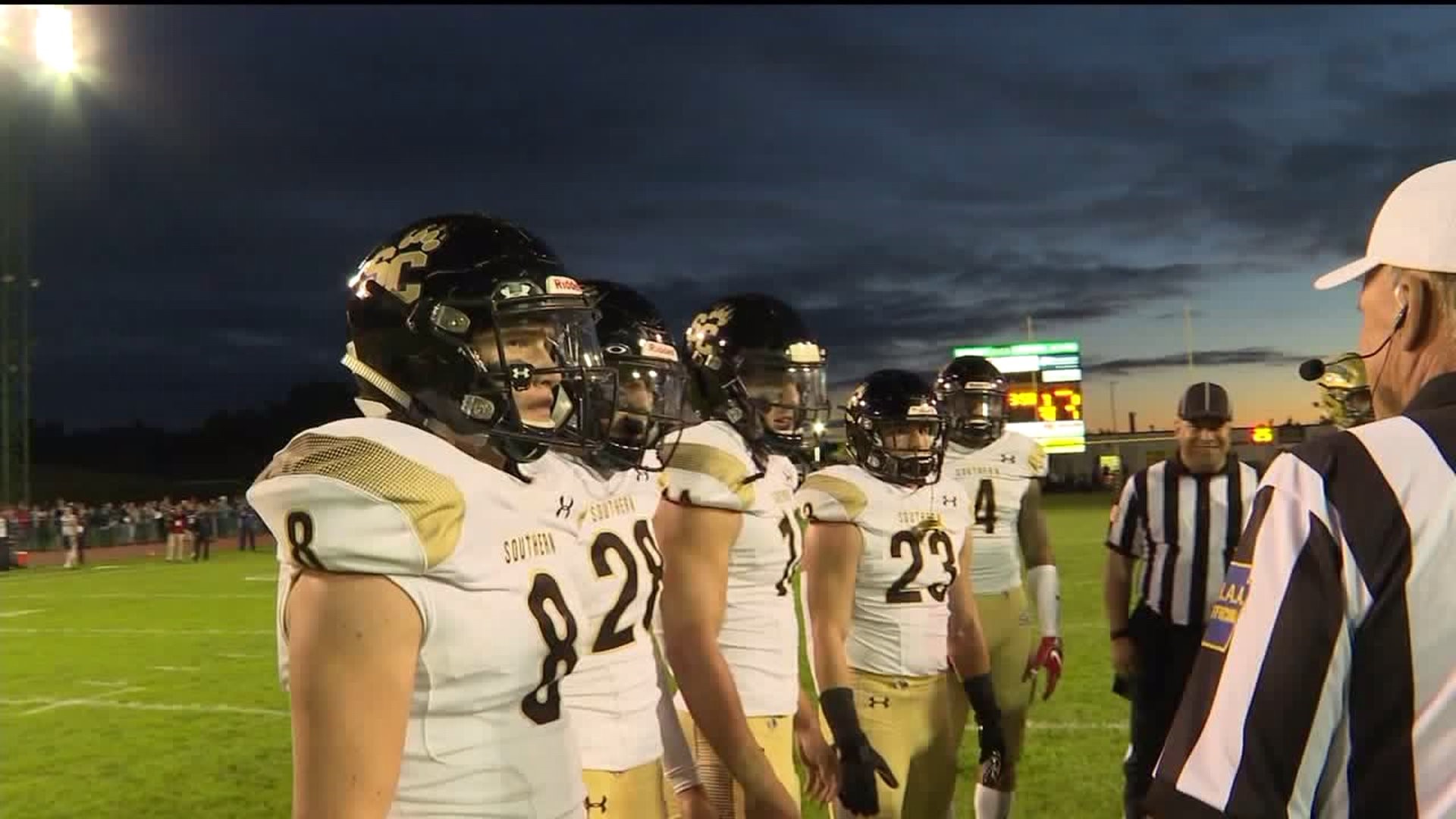 Landon Stolar sits down with Southern Columbia's four Big Ten recruits: Julian Fleming, Gaige Garcia, Cal Haladay and Preston Zachman. The five discuss their futures in college football and the dominant season they're having with the Tigers.

This is part one of the two part interview.

Landon: Jim Roth has called this a "Once in a lifetime" senior class and I'm sitting with four reasons why. We have four seniors all committed to Big Ten schools: Julian Fleming, Gaige Garcia, Cal Haladay and Preston Zachman. Julian, we'll start with you since you were the first to commit to Ohio State back in May. Recently ESPN actually moved you up to the number recruit in the country by their ranking system. What has this roller coaster been like, because on the field you've been consistent. Off the field, I'm sure it hasn't been.

Julian: Recruiting in itself, it's a whole different animal and a lot of people, they want to tell you all the luxuries and how great it is, how amazing it is, but it really is a blessing and a curse at the same time. There's a lot of things that go into it and there's a lot of people who try to contribute to it, but it did come down to being a good thing for me and a great thing for my family as well

Landon: A month later, Gaige, you commit to Michigan. This is one of your best friends here. How'd you break the news to Julian?

Gaige: I called him right away. I'm like, "Julian, I think I'm committing to Michigan"' and he's like, "Congrats, buddy, but I don't like you anymore.' So he was one of the first people I called actually.

Julian: I said "Good luck, team up north," and I said "We can no longer be friends."

Landon: Well that's interesting, because you guys have been teammates and friends your whole lives. How are you going to embrace becoming rivals now?

Julian: Well we're going to win. So, at this point, it isn't really that much of a rivalry, 10-0 the past ten seasons. So, you see how it's gone so far, but we'll embrace it.

Landon: Gaige, you got something to say about that?

Julian: This year could be a different year. I don't think so, but we can see.

Landon: Cal, when Gaige goes to Michigan, you decide to commit to Michigan State. Why was East Lansing the right spot for you?

Cal: It just felt most like home. The coach and everyone there is great. Just the town and everything around it is where I want to be. It wasn't too city-like and there wasn't too much going on and kind of rural like this. I like to stay like home, I guess. So, that's a big factor.

Landon: Did Gaige try to lure you to Ann Arbor?

Cal: Maybe a little, but it's alright. We'll go our separate ways now.

Landon: Preston, you're the only one going to the Big Ten west. You committed to Wisconsin. That was during the season. So, you were the last one here to commit. What was the reaction like from these three when you finally made that commitment?

Preston: They were all very excited because obviously we're going to have four people in the Big Ten and just to think about it. We'll be moving on to all different teams, but hopefully we'll be able to see each other whenever we play each other. I'll be in the west. So I don't play the east teams as much, but hopefully, I'll get to see them all.