FRANKLIN TOWNSHIP, Pa. — A team that hopes to bring home a trophy from Hershey this year is Southern Columbia. The Tigers will play in their fifth straigh... 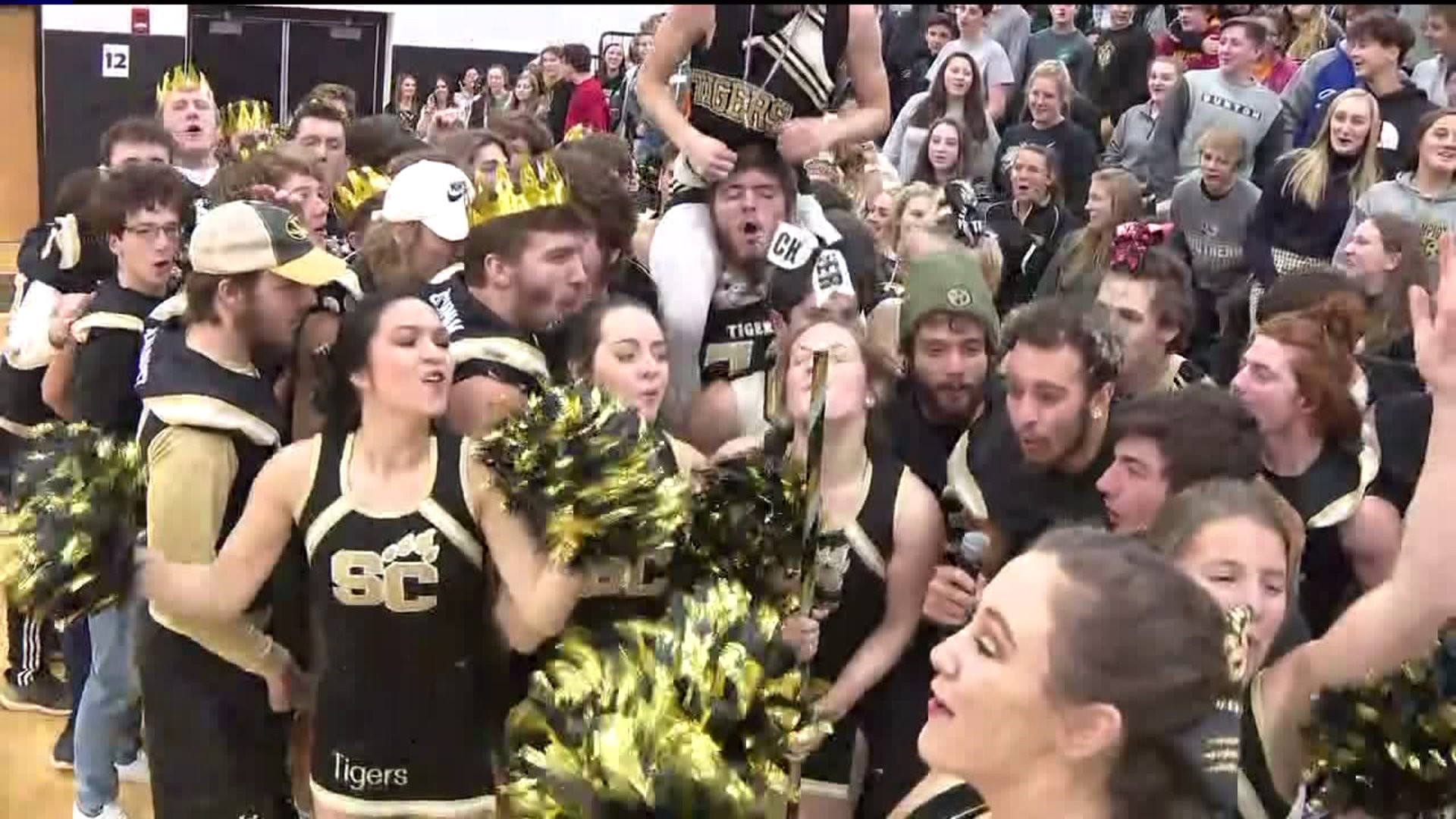 FRANKLIN TOWNSHIP, Pa. -- A team that hopes to bring home a trophy from Hershey this year is Southern Columbia.

The Tigers will play in their fifth straight state championship game Friday afternoon.

On Thursday, a big pep rally was held to get the team and the fans pumped!

This could be called the yearly pep rally at Southern Columbia High School near Catawissa.

It's the Tiger's fifth straight appearance in the PIAA state championships.

"A lot of emotions, but my mindset right now is just focus on just tomorrow strictly. Go out there and play the best I can and try to win," said Lear Quinton, senior.

Southern Columbia has been unstoppable this year, in fact, some are saying this team is one of the best our area has ever seen.

"We knew at that time we were gonna have a special team. We didn't think it was going to be this special but it's a pretty good group of guys," said Gaige Garcia, Southern Columbia senior.

Senior Gaige Garcia says most of his classmates have been playing together since they were in sixth grade. Friday's game is bittersweet.

"It's going to be upsetting, but we all have to move on sometime and it's that time and what better way than with a state championship," said Garcia.

"We just have to go out there, do our jobs and get the title," said Max Tillett, Southern Columbia senior.

The Tigers have won nine state championships and will go for 10 tomorrow against the Avonworth Antelopes, who are out of the Pittsburgh area.

There is no school on Friday because so many people want to attend the game.

"The community support, especially at this school is unreal," said Quinton.

"I've never seen anything like this in high school football. Almost our whole community comes out for our games. It's crazy," said Tillett.