NFL Teams Up with Midd-West

MIDDLEBURG — Midd-West High School in Snyder County is ready for some football and the NFL is helping to make that happen. Midd-West School District has n... 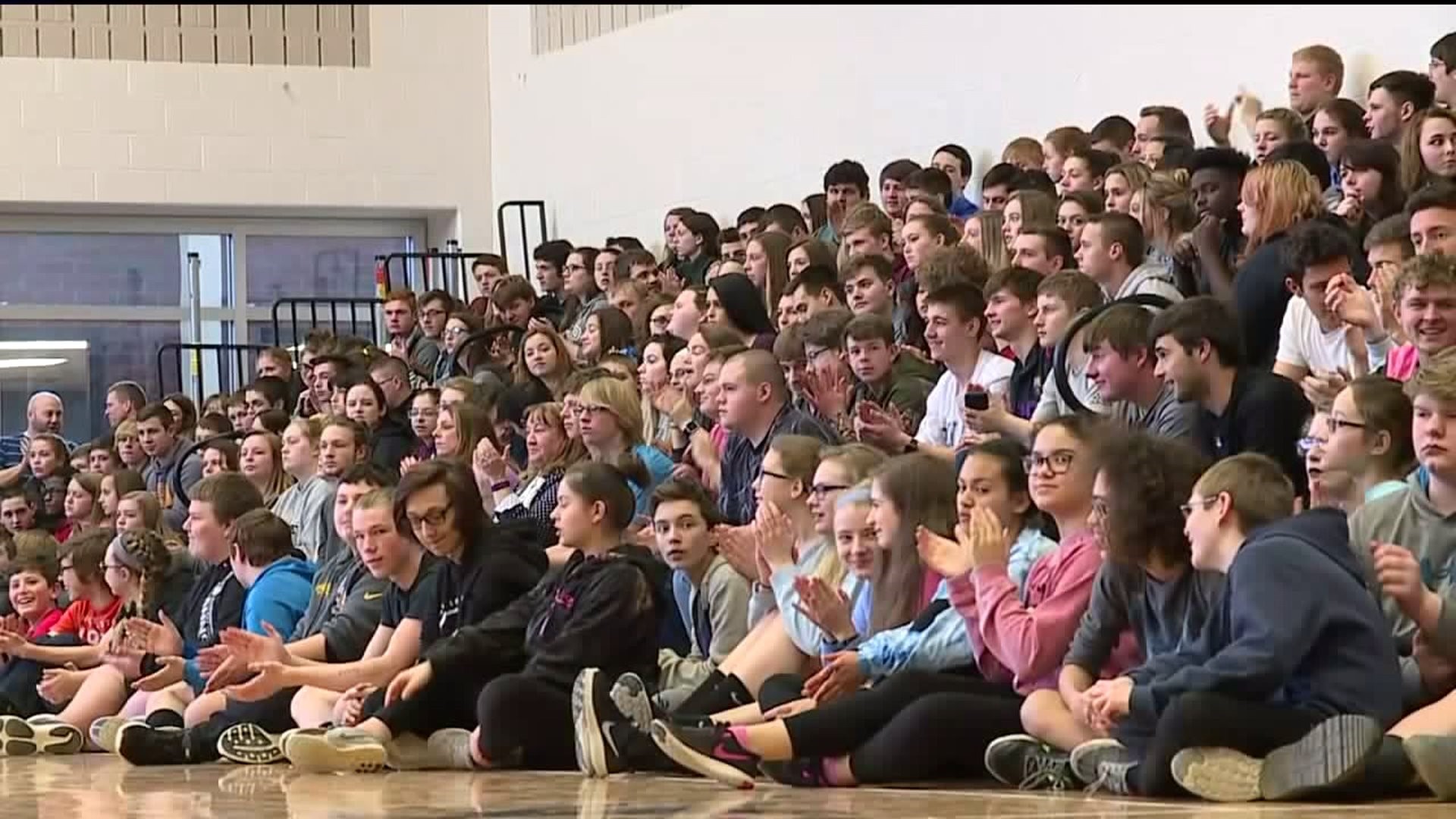 MIDDLEBURG -- Midd-West High School in Snyder County is ready for some football and the NFL is helping to make that happen.

Midd-West School District has never had a football team. For the past 17 years, Midd-West had an agreement with the neighboring Juniata County School District to let Midd-West students play there. When that agreement ended after this past season, these high school juniors were worried.

"It was rough. Quite honestly I was afraid I wasn't going to have football for my senior year," Tyler Bishop said.

It would have cost nearly $100,000 for Midd-West to start its own high school football team. That's where the National Football League comes in. District officials say the NFL has chosen Midd-West High School for its "Kick Start Program."

The Kick Start Program is the NFL's way of helping select high schools "kick start" football programs at their schools. The NFL promises money to pay coaches, uniforms from Nike and Riddell helmets, all for three years.

"It's going to take it to a whole other level for these fellas," Principal Thor Edmiston said.

The Pittsburgh Steelers will be Midd-West's sponsor team, meaning the school could get used equipment from the six-time Super Bowl champions.

"We were told by the NFL that some things, maybe some tackle dummies and weights will come from the Pittsburgh Steelers for these students to use," Edmiston said.

"Possibly getting some of their old equipment? It's amazing. Oh, I can't believe what I've been hearing about it. It's better than what I thought it would be," Marc Piccioni said.

This doesn't only benefit the football players. It gives students the opportunity to join a marching band and become cheerleaders.

"I don't have words for it, it's unbelievable," Bishop said.

First on the agenda for the brand new Midd-West Mustangs? Hiring a football coach.