Girls on the Football Field

EXETER, Pa. — Three high school girls in our area have spent their lives on the soccer field, but this athletic season, they’re taking on a new spor... 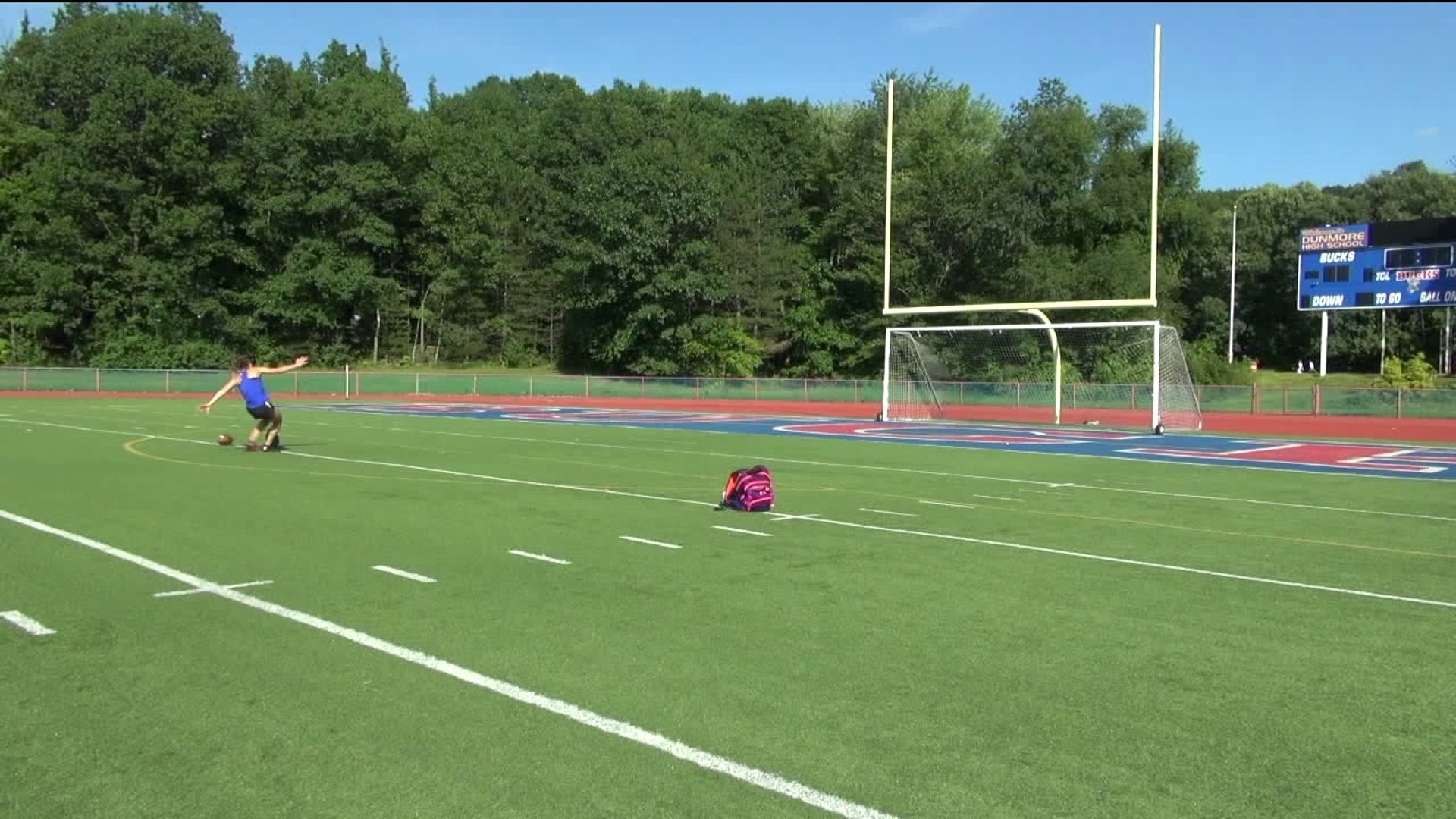 EXETER, Pa. -- Three high school girls in our area have spent their lives on the soccer field, but this athletic season, they're taking on a new sport: football.

A typical day in the life of Wyoming Area High School senior Aleah Kranson this fall sports season goes like this: school, then soccer practice with football practice somewhere in between.

"In ninth and 10th grade, we were in the student section on Friday nights. My friends would be like, 'Hey Aleah, that's going to be you one year!' " Kranson said.

Kranson is the starting kicker for the varsity football team. She's 8 for 8 on extra points so far this season, something she attributes to her coach, her holder, her snapper, and the rest of her offensive line. But the hat trick she got in her most recent varsity soccer game, that was all her.

"This is just hard work pays off. I've been working hard my whole life training for soccer, and now it's really starting to show on the soccer field and also on the football field."

And the captain for Dunmore's varsity soccer team, Emma Coar, is also kicking for the Bucks football team. It was a special request from the legend himself.

"She was discovered in gym class by Coach Henzes," said special teams coordinator Michael DeSando. "He approached her, and she agreed to it, and she's been working hard at it. We're going to get her some time kicking some extra points for us."

According to the National Federation of State High School Associations, an average of 65 girls per state play high school football.

"It's kind of a unique story, but we've been fortunate enough to have a couple other female student athletes kick well for us," Wyoming Area Head Football Coach Randy Spencer said.

Girls have, of course, been playing football for decades, but this is actually a first for Dunmore.

"She doesn't have much free time, and she utilized her time very well," said DeSando.