Alex Atcavage is back in Scranton training at Elite Gamespeed under the direction of owner Joe Pacifico. Atcavage the 6’5″ lineman from Honesdale ju... 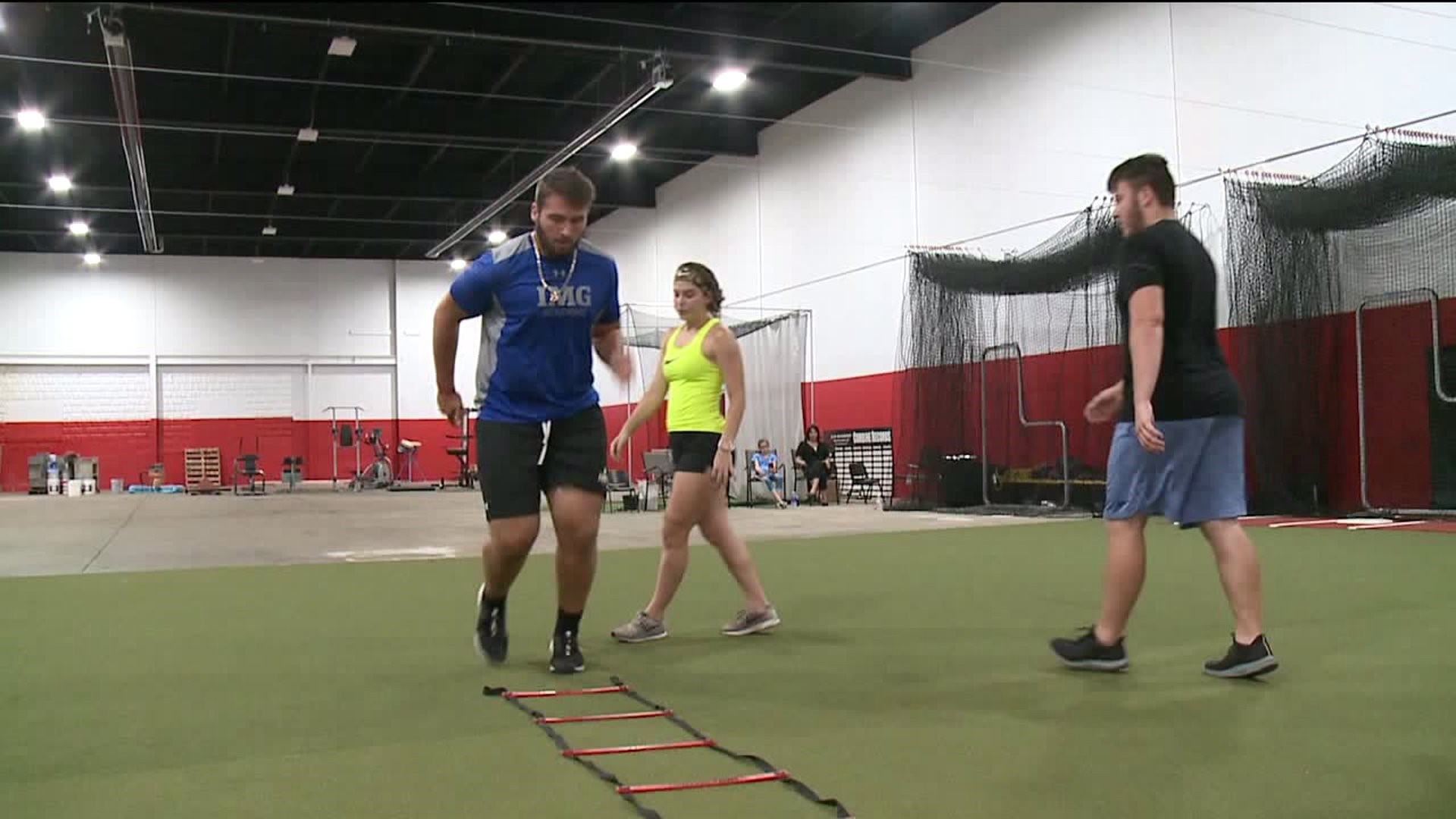 Alex Atcavage is back in Scranton training at Elite Gamespeed under the direction of owner Joe Pacifico. Atcavage the 6'5" lineman from Honesdale just finished his spring football season at IMG Academy in Bradenton Florida, and will be there soon for the fall.

"It's a dream come true. I've dreamed of this since I started playing football. I mean I didn't think that Florida State was going to be the school to be honest No. I mean the history that they have is unbelievable. I mean my dad personally he didn't like the Florida State chop when they do the things with their arms, but I know that I'm blessed and really thankful for the opportunity," said Alex.

"Actually I went away on a little fly fishing trip and he called me when I was at the airport and he say's, "Hey I am a Seminole." "I said your kidding me?" "He said No! I am a Seminole." "We'll I said congratulations," said Steve Atcavage.

"What is it going to be like as a mom cheering him on as a Seminole? I can't wait. I am going to be so excited to do it. I never ever dreamed that I would see him get to that level," said Suzanne Atcavage.

When Alex first came to Elite Gamespeed with Joe he was a raw young 335 lb freshman. Now he will be a Division I player and offensive lineman in the ACC.

"He had to work on his weight a little bit to get his footwork down and his speed. So over the last three years he dropped almost 100 lbs. He's down to 280 right now and his speed is so much different and his strength has increased also," said Joe.

"Coming to Joe my freshman year I had to lose weight. I knew that and he helped me for countless hours. He is the best of the best in this area. There is a reason why he has all these athletes coming here," added Alex.

After the fall season on IMG's National team Atcavage returns to Honesdale in November to graduate. Then it's back to Florida State to start his college career. Steve Lloyd reporting for Newswatch 16 sports from Lackawanna County.