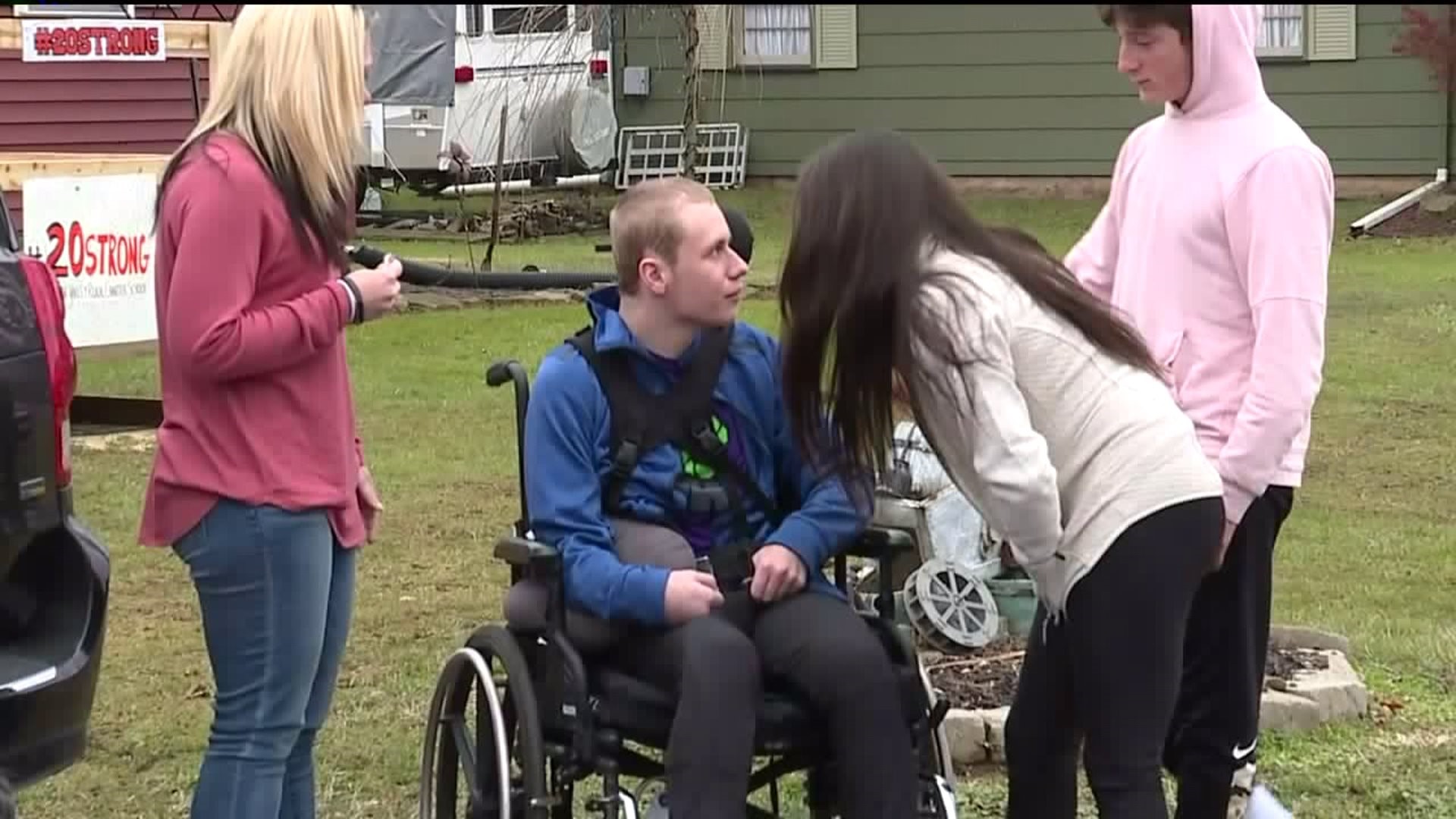 It's been a little over four months since Caleb Leone was badly hurt during football practice at Jersey Shore Area High School. He was in a coma for about six weeks. But now, the 17-year-old is home just in time for Christmas.

A half-dozen emergency vehicles rolled through Jersey Shore, sirens blaring. But there wasn't an emergency. This was a celebration.

When the guest of honor arrived there was not a dry eye here.

"Look at him today. He`s come this far. We know we have a long way to go, but I think getting him home is the next step," Danielle Leone said.

Caleb Leone is a senior at Jersey Shore Area High School. Over the summer he got badly hurt while at football practice. He was in a coma for six weeks and has a traumatic brain injury.

"We`ve had every emotion you can think of, every challenge and a lot of uncertainty," Danielle said.

Caleb and his family have been at Hersey Medical Center for the past four months. in that time, the Jersey Shore community has painted the town "20 strong" with Caleb's football number.

"It`s unbelievable how the community has come together and helped us all pull through this. It`s been unreal," Jake Leone said.

It was only fitting Caleb would get a police and firefighter escort home.

"Ya know it`s a hero`s welcome and he`s my hero so it`s fitting," Danielle said.

"Standing there watching all the fire trucks come through it`s just really overwhelming and overjoyed that he`s back home," Ezra Englert said.

"Couldn`t be happier. Couldn`t ask for anything better," Englert said.

"It was pretty emotional but at the same time exciting to get home," Jake said.

"Just the support, it has definitely gotten us through," Danielle said.

Caleb's family says he is doing great but still has a long way to go. The next step for Caleb is getting readjusted to life at home and spending Christmas with his family.