Friday flips the calendar to December and it’s there that the Tigers do damage. 7 state titles won by Jim Roth in 33 seasons at Southern. “You don&#... 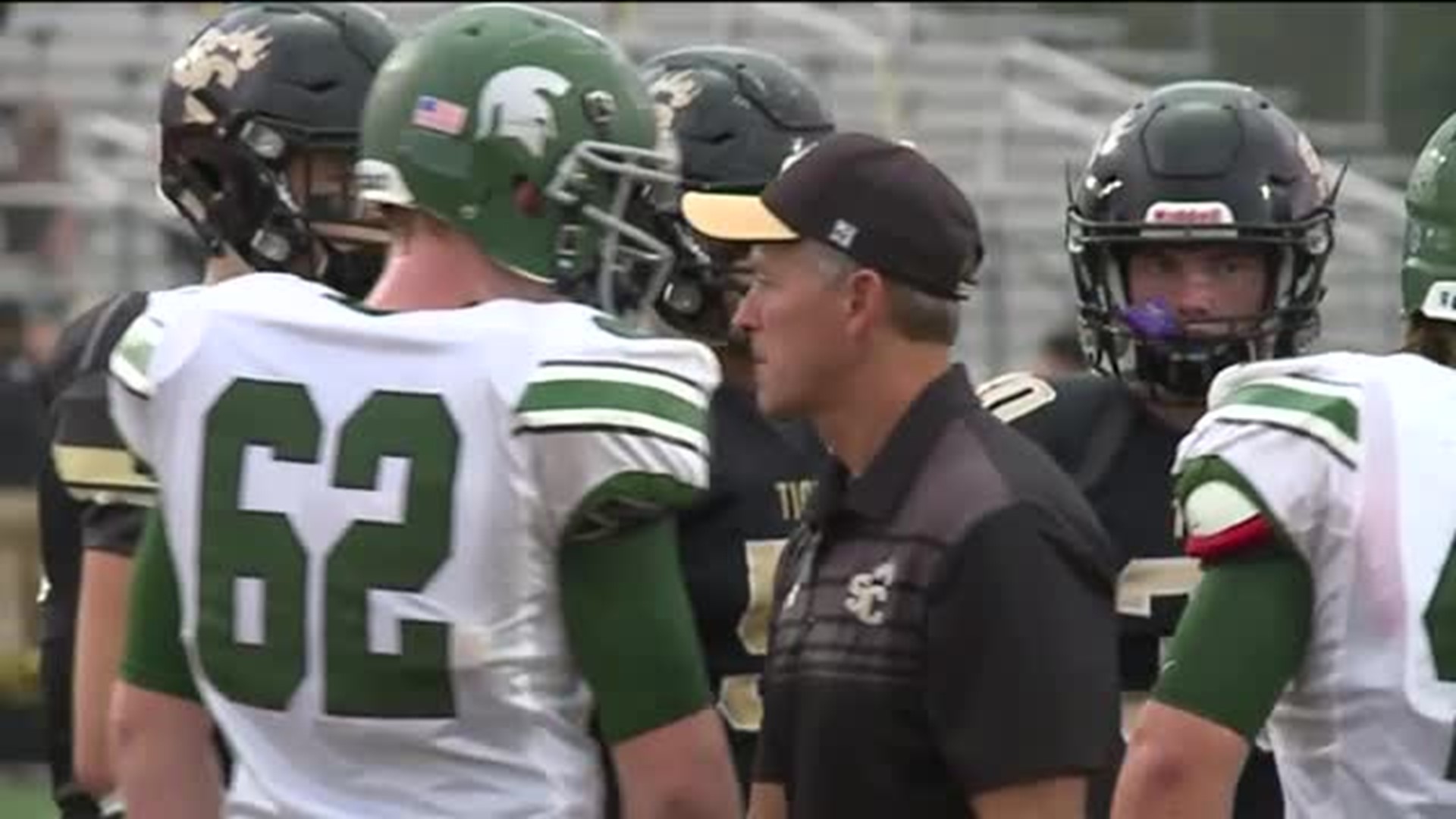 Friday flips the calendar to December and it's there that the Tigers do damage. 7 state titles won by Jim Roth in 33 seasons at Southern.

"You don't get any prize for winning the quarterfinal game. You don't get a prize for winning the semi-final game but the fact that it's Dunmore and it's a local team I know what kind of following they have. We saw their Ligonier game down in Hershey on Saturday so it will be a huge crowd a lot of excitement in both communities and just a big game in all regards," said Jim Roth.

The last time Dunmore and Southern Columbia played it was 2012 the Bucks coming out with a win. Since then both coaches have gone over the 400 career mark. Henzes now sits at 435 career wins and Roth at 410.

"It's a very exciting game. Obviously the two coaches have over 400 career wins. Coach Roth has never beaten Dunmore and the semi-final the winner gets to go to the state championship so it doesn't get much better than that," said Stone Hollenbach.

The big thing for the Tigers in the backfield is sophomore Gaige Garcia over 1,900 yards rushing and 32 touchdowns. The other super sophomore is wide out Julian Fleming 1.300 yards receiving and 18 touchdowns, and when the Tigers are clicking they are tough to slow down.

"Coming off that win it's a great win. It gives us a great confidence boost there and going in there and playing Dunmore that is a great team, well coached team, so I am looking forward to it," said Gaige Garcia.

"I mean the mind-set is to try to get the ball any way I can, you know make the most out of every play possible. Stone is putting it between two guys sometimes three, if that's the case. I mean he is threading it wherever it needs to be and I am there to make the play," said Julian Fleming.

"They are a good team, with a good coach, and a well coached team. They have the only active coach that has more wins than Coach Roth, so I expect it to be a 4th quarter battle to see who wants it more-who wants to get to the big stage more than the other team," said Andrew Bell.

"They have a couple good receivers. We are going to have to make sure that we do our job and get to our zones and drop back cover and get to the quarterback and we'll be alright I think," said Cal Haladay.

Kickoff is Friday at 7pm from Danville. Steve Lloyd reporting for Newswatch 16 sports from Catawissa.