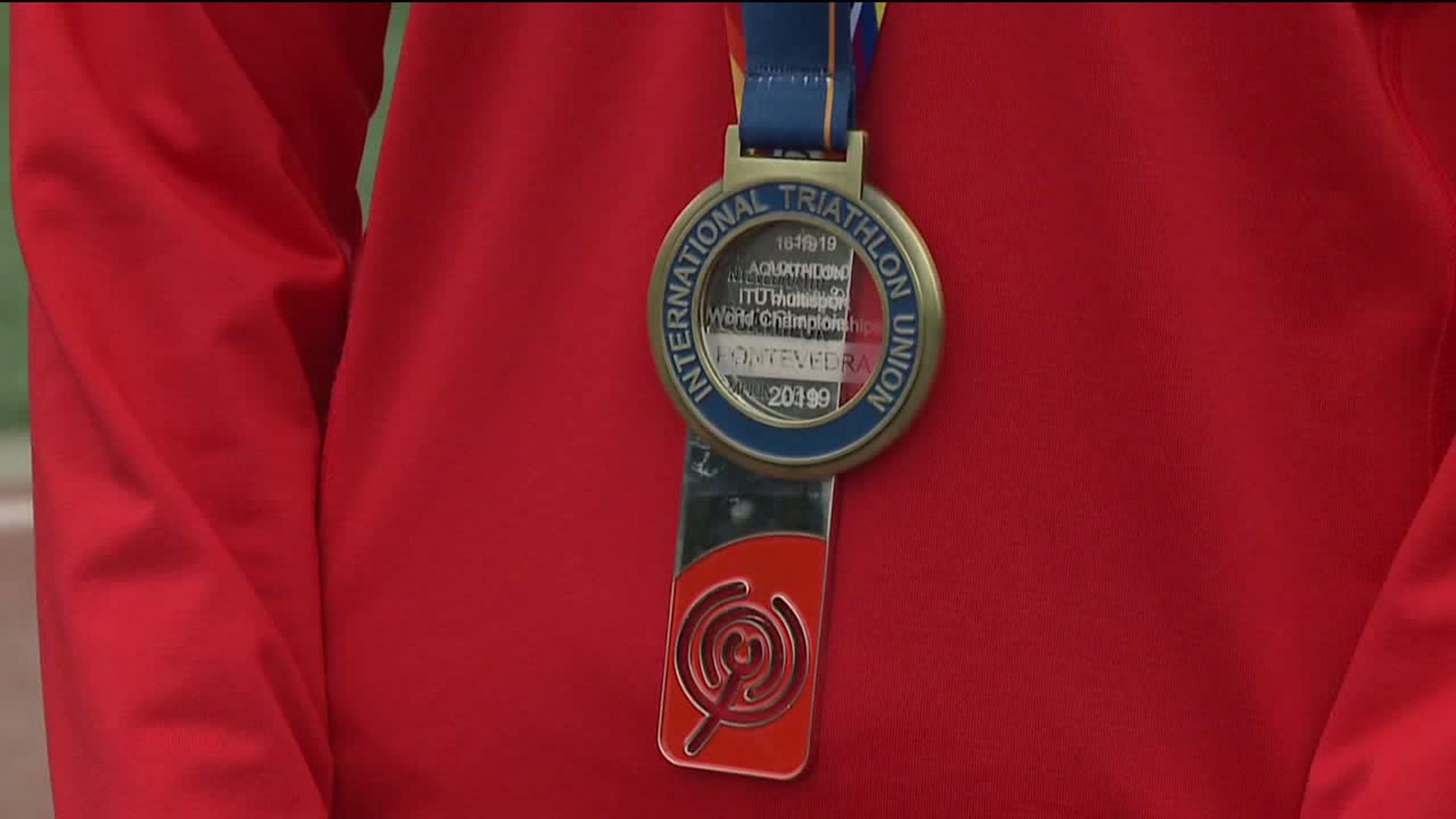 Lydia Smith loves to run and swim. So it's not surprise the swimming, cross county and track star at Williamsport Area High School started competing in triathlons, following in the footsteps of her mother, Sue. The only problem?

"We're not very good at the bike," Lydia said with a smile. "So we wanted to find a race that didn't have the bike."

That race is called an Aquathlon -- just the swimming and running legs of a typical triathlon. Just two months after learning that this race even existed, Smith placed first at nationals in Miami in November, earning her a spot at the International Triathlon Union Multisport World Championships in Pontevedra, Spain earlier this month.

"Everybody there look very legit and had all of these special warm-ups and I was like, 'Oh, shoot! Oh, well!,'" Smith joked. "I'm just really happy that I could be on the same level as them."

"It's really cool, actually," Smith said. "I never expected it. Being on the podium with another American and then the other countries, I felt honored to rep the stars and stripes."

And her family. Smith and her four older siblings have all competed in triathlons. Her mother, swimming and running alongside in Spain.

"It's really exciting to be able to do an event with your child," Sue Smith said. "It's some special bonding time and then to have her have such an interest in it, too, is nice."

"It's always such a great opportunity when you get to do something with your mom," Lydia added. "Just trying to beat her. She can go. She can move and I did beat her, but it was a closer than I wanted."

So how far can this world champion take this?

Smith's next challenge is the District IV Track and Field Championships this week, where she'll look to capture her 9th district gold medal, but her first in track and field.