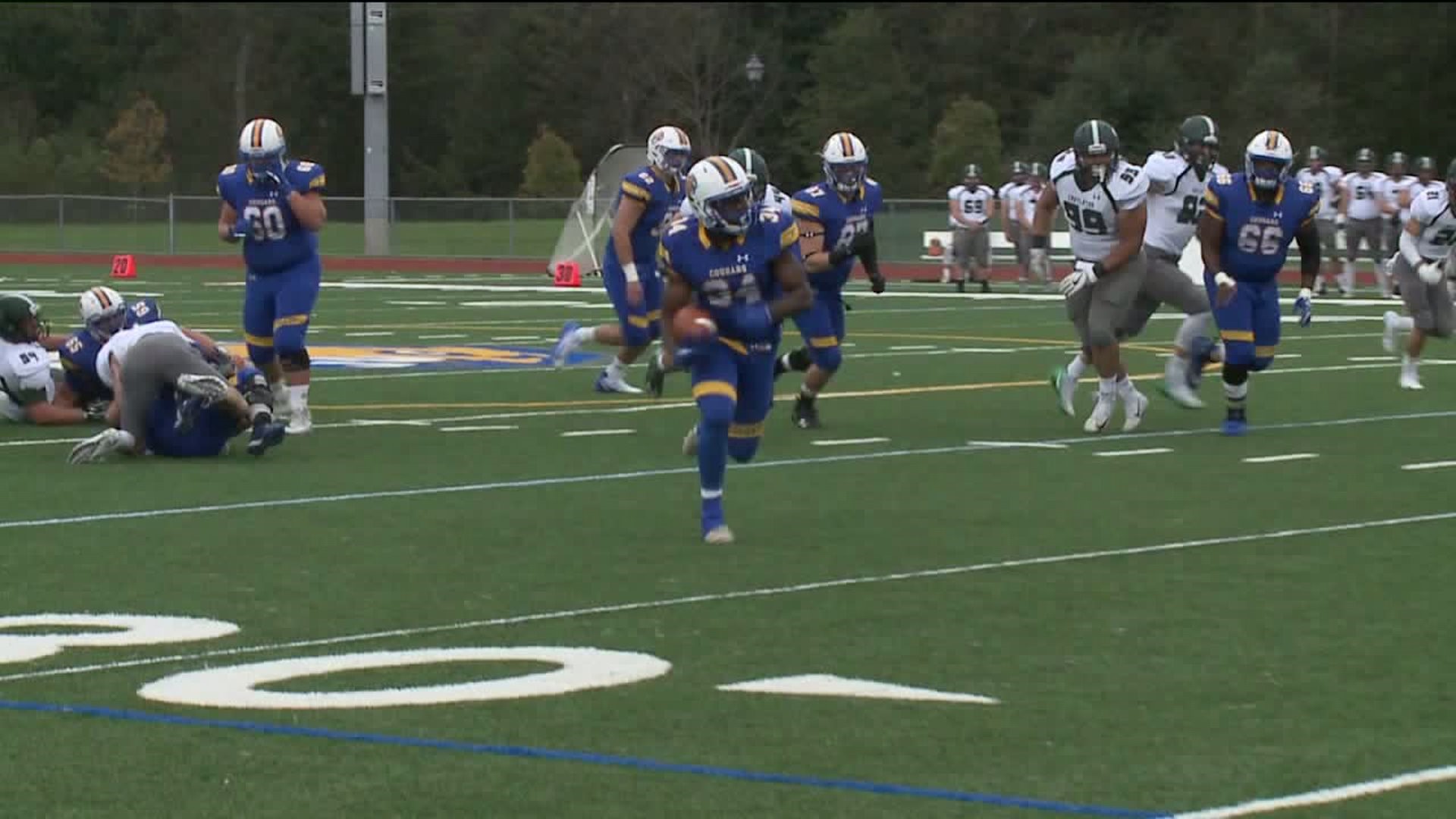 Last September everything changed. Quarterback Brady Williams the junior from Sterling Virginia got hot. The Cougars won the close ones and rolled off 8 wins in a row.

"You know that our base message hasn't changed. We are trying to see the opportunities that this university provides for our athletes, but certainly one of the first question's that you get from a young man is, "How did you do last year? "You say (8-3)! You can tell that their eyes light up a little bit different," said Mark.

"It's always fun playing. So being healthy last year I felt that every game going into it we could win and give the team a chance.
And this year I feel like one thing is just trying to stay healthy and every week we will feel like we have a chance," said Brady.

Even though the Cougars went (8-3) a year ago and return the MAC Offensive player of the year the pre-season prognosticators have Misericordia 5th in the MAC. That leaves a little chip on their shoulder and work to be done here in Dallas.

"We don't pay a whole lot of attention to that stuff. I appreciate people thinking so highly of us, but in this league as we showed last year that stuff really doesn't matter. If you don't come with your "A" game each week you are in trouble," again said Mark.

"How much from last year going (8-3) kind of helps this program over the next 15 to 20 years? Hopefully a lot, but we feel like last year was great, but it's more of what can we do this year. If we can build on that it will have a bigger stepping stone going into the future," again said Brady.

"We just do our assignment 1/11th as coach always says, and we give our maximum effort on every play, every drive no matter what it is.  And if we do that we should see success," said Kenny Grady.

Ross won't pump the brakes on the publicity those wins brought to the program, and he won't change his plans either. Misericordia is still in the early stages of creating culture and a firm foundation for the future. They open at McDaniel College Saturday September 7th. Steve Lloyd reporting for Newswatch 16 sports from Luzerne County.