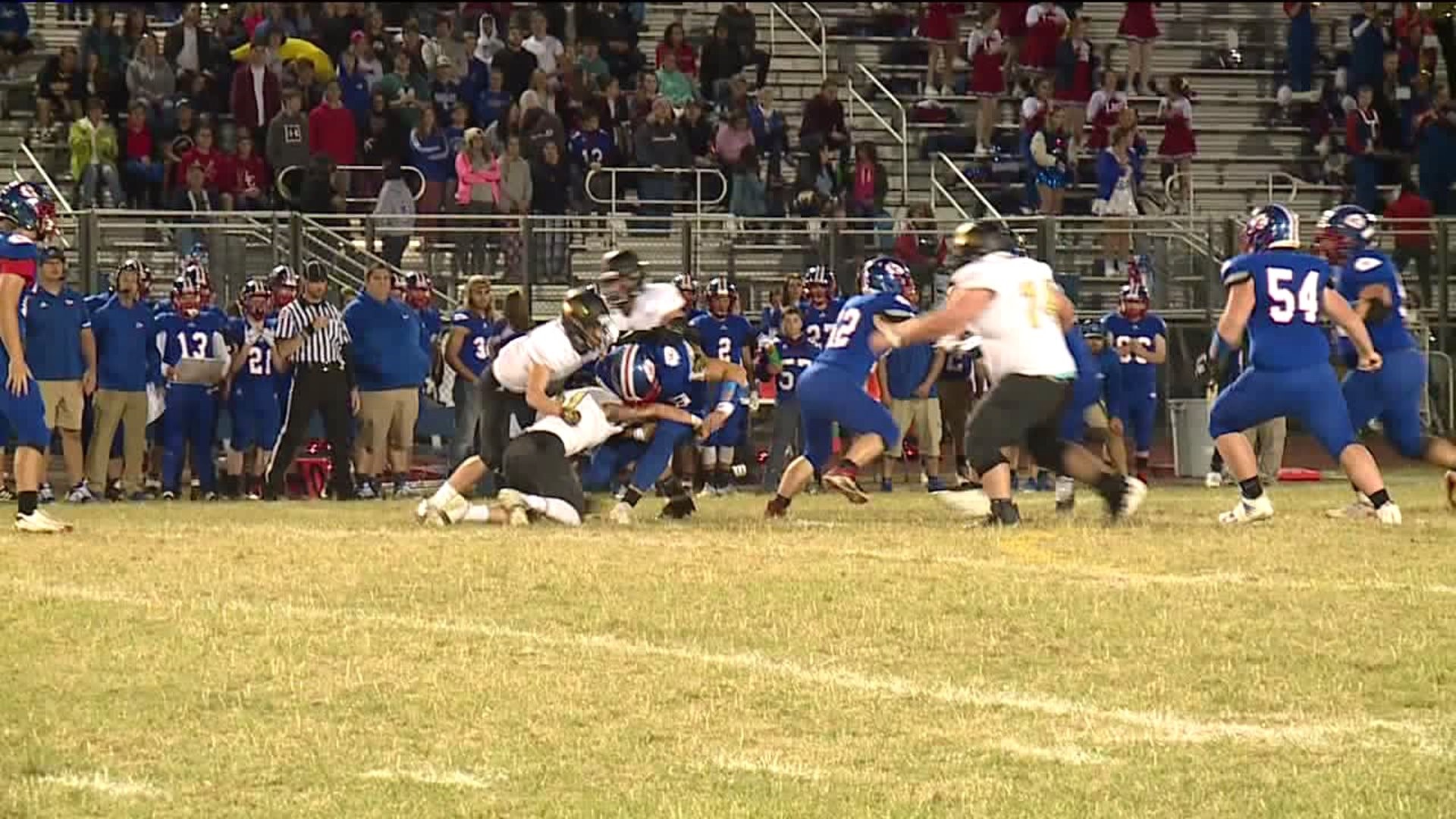 The Division two showdown is Friday night in Varden.

"You know the kids are flying around. Up front the kids have been doing very well. I think Matt Valanda is playing very well at quarterback. Of course we have Zane and Caleb running the ball very well. Defensively we are running to the ball. The kids believe in each other. They are trusting each other on their assignments, and so far we've been pretty successful," said Randy Wolff.

The key for the Cougars is to stop Western Wayne's ground game and give the ball back to Boone. The senor quarterback was the leading force last week in a win over Berwick.

"You know they run a straight 4/4. I am pretty sure like that and they fill their holes. So we are ready. We are prepared to block so hopefully our lineman can hold up their part," said Janaasah.

"You watch film on him and see what his tendencies are and you just prepare to deal with him however he comes at you. He is shifty! He will run through you at times, but you just get ready and bat down the hatches and get ready to play him," said Derek Mason.

"It's reminiscent of last week and we are here practicing. We almost thought is was surreal to be here today considering how quiet it was and peaceful. It means a lot to us. It was great. We are all taking it in for what it's worth and I can't wait to go out to Western Wayne and hopefully the same atmosphere will be there," said Alex Savkov.

"How have you guys been able to run the ball against your opponents and have success in that part of the football game? We'll it's all the guys up front. They've been doing what they need to do every week, and fullback Adam Silfies he is doing great and without them I couldn't do what I am doing," said Zane Janiszewski.

"I am super excited for the crowd that is going to be here. I think that we have a great environment here and I think that people need to get here early," again said Randy.

It's #2 vs #10. It's the Super 16 game of the week. Steve Lloyd reporting for Newswatch 16 sports from Wayne and Lackawanna Counties.