Tommy Traver shot onto the wrestling season three seasons ago collecting 38 wins as a freshman. He was here to stay. And improved each time out with 41 wins and... 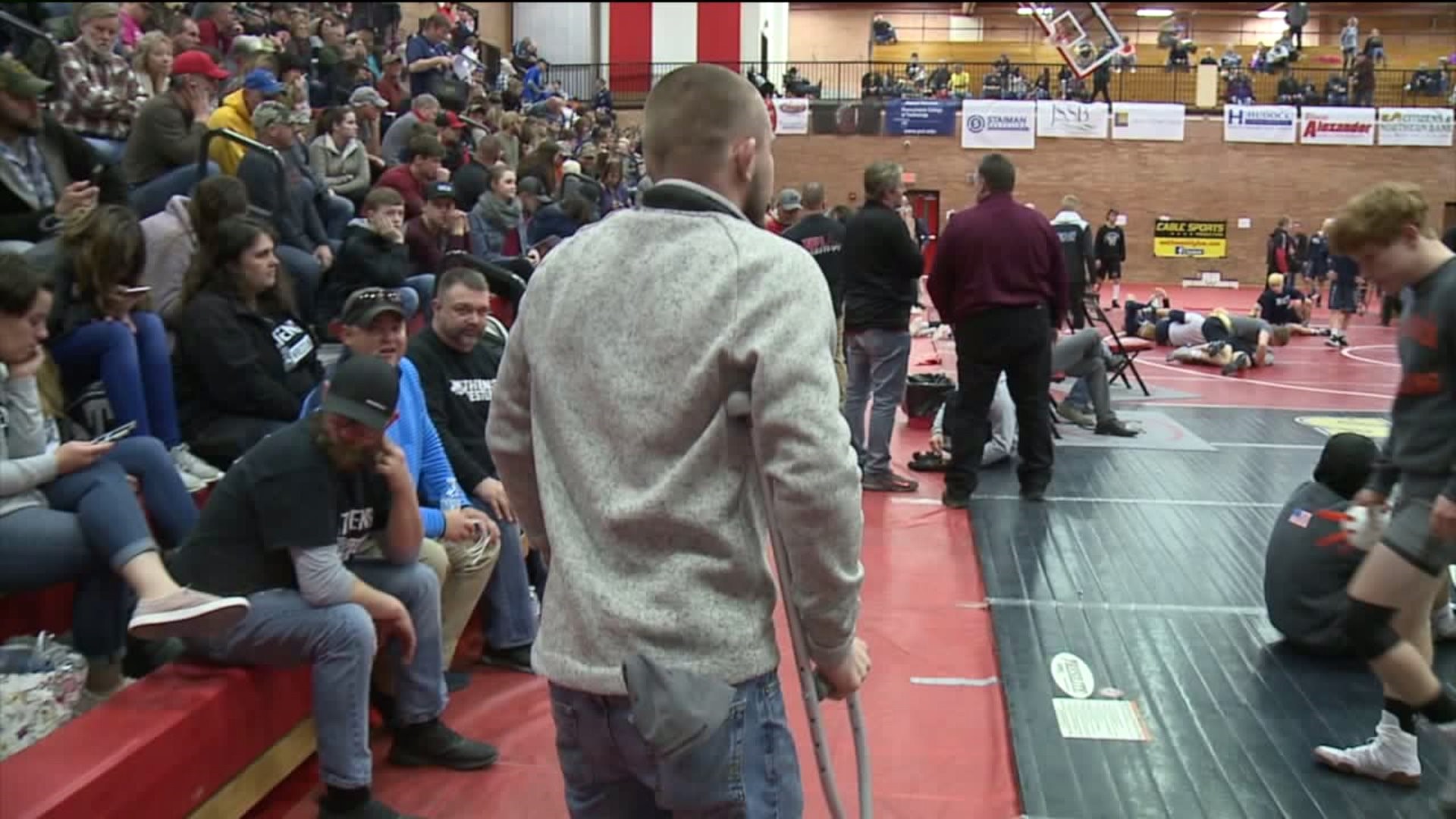 Tommy Traver shot onto the wrestling season three seasons ago collecting 38 wins as a freshman. He was here to stay. And improved each time out with 41 wins and 40 respectively in his sophomore and junior years. His senior year was no different.

"Everything was going great though starting to reach my goals. I was going for my 100th pin goal," said Tommy.

But that all changed the 2nd week into the new year.

"I was up the school it was a Friday January 11th right at the end of the day and I got hit by a car in school in the shop class," again said Tommy,

The weight of the car crushed Tommy's right leg pinning him against the bench breaking the tibia and fibula bones. His quick action may have saved his life.

"I was working on a bench and I kind of had to jump out-of-the-way of a vice or else I would have probably have been killed there, so it was just a freak accident. It happened so quick. There was nothing that we could have done," added Tommy.

We'll after finishing 4th at Regionals in AAA last year Tunkhannock moved to AA and before the accident Tommy was off to a great start to the season with a perfect record of (19-0).

"It's hard to see! My heart just aches for Tommy and the work that he put in. He's been coming in lately the last two or three weeks as soon as he got his cast off to help out coach and coach the kids in the gym at districts and stuff, so he's been a big help having him here," said Bob.

Tommy's teammate David Evans went through some tough times too after breaking his arm in practice to win a regional title at Williamsport.

"What's this mean with everything that Tommy's gone through? Obviously with the accident and you breaking your arm and kind of seeing him here supporting you? Oh! I love it! I love when I see him. He really tries to stay positive. He helped me a lot this year definitely and the years previous to that. He is a great partner he has a really good character," said David.

Tommy has so many people to thank for helping him get through this tough time and the support has been overwhelming.