The Diamond Cutters Emerge For Williamsport In Short Season “A” Baseball

Alec Bohm the Phillies first round pick in 2018 out of Wichita State has moved on from Williamsport this season. he’s now one of the Phillies top prospect... 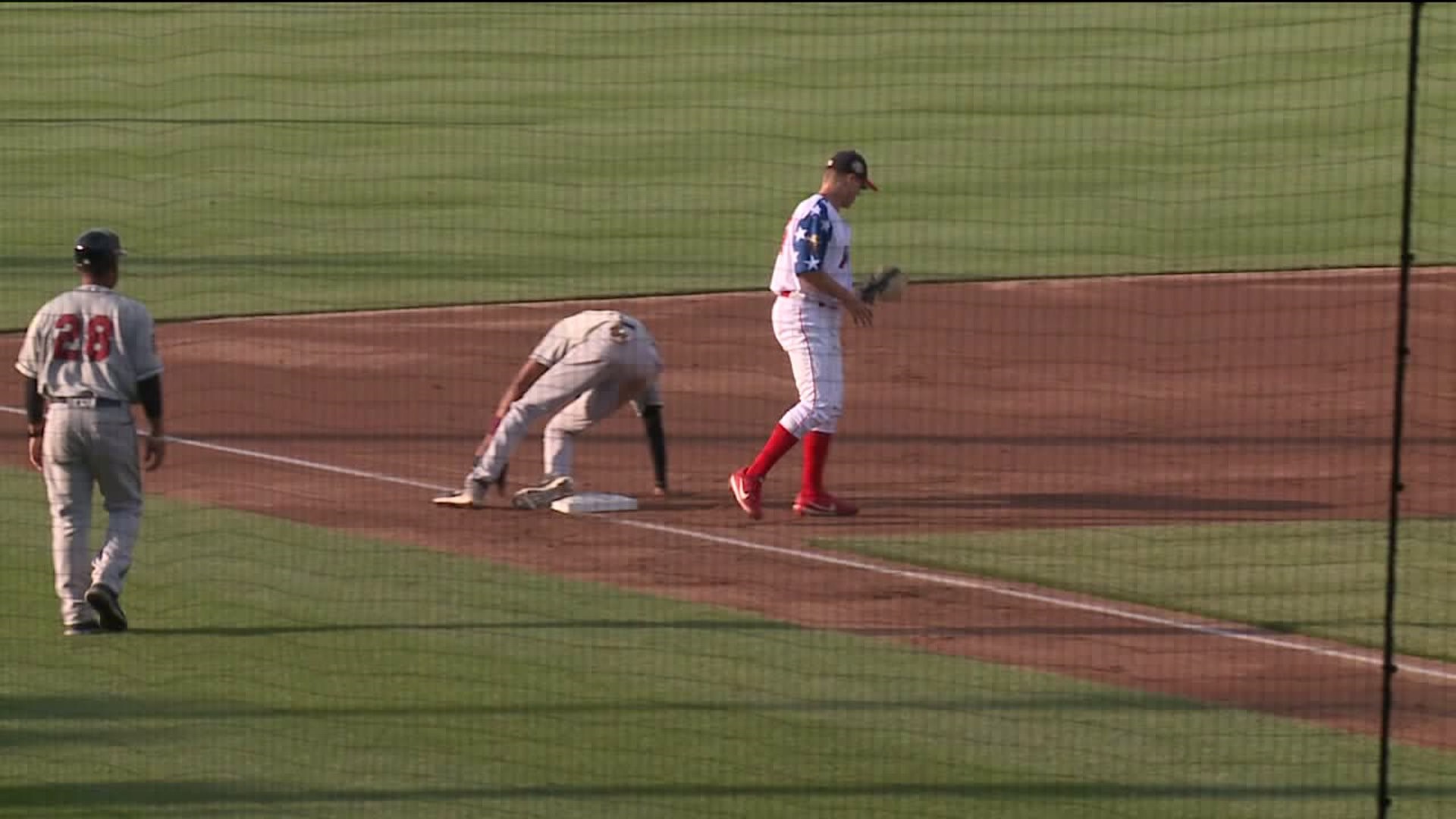 Alec Bohm the Phillies first round pick in 2018 out of Wichita State has moved on from Williamsport this season. he's now one of the Phillies top prospects.

That has left room for some new names in 2019 on the left side of the diamond. Kendall Simmons the flashy shortstop out of Georgia was a 6th round pick in 2018. He's finding his groove at third this season with the Cutters.

"It just shows all the hard work that we put in down in Gulf Coast League and extended spring training working with all these guys here with the Phillies it's unreal. Their development process is amazing and just seeing all the work pay off, and seeing that I'm getting better day in and day out is honestly awesome," said Kendall.

Holding down shortstop is Nate Fassnacht from George Washington University-the Atlantic 10 player of the year, and the Phillies 8th round pick this year from Ephrata high-school in Lancaster county.

"Yes it was a lot of fun. It was cool!! I had a good experience at George Washington. It was really cool to be drafted by the Phillies. I grew up a Phillies fan, and being from the area and everything watching the games growing up so it's really cool," said Nate.

"Talk about getting drafted and making that phone call to your parents and your sister who teaches in the Williamsport Area School District. What was that conversation like? Well I was actually with my parents so that was really exciting. Calling my sister she was thrilled. She couldn't even hear. She started screaming. She put the phone down. I could hear her running around her house and everything. It was really exciting!!! It's kind of far for her from my college so she didn't get to see a lot of games. Now she is right here at home so she gets to see me all the time," added Nate.

The Cutters are (4-14) and hope to have more draft picks assigned to the "A" short season in Williamsport this summer. Steve Lloyd reporting for Newswatch 16 sports from Lycoming County.