Confident and calm. That is a good way to describe Kaylee Landry the Susquehanna Community High-school senior. Her score of 296-#1 in the state at the recent Na... 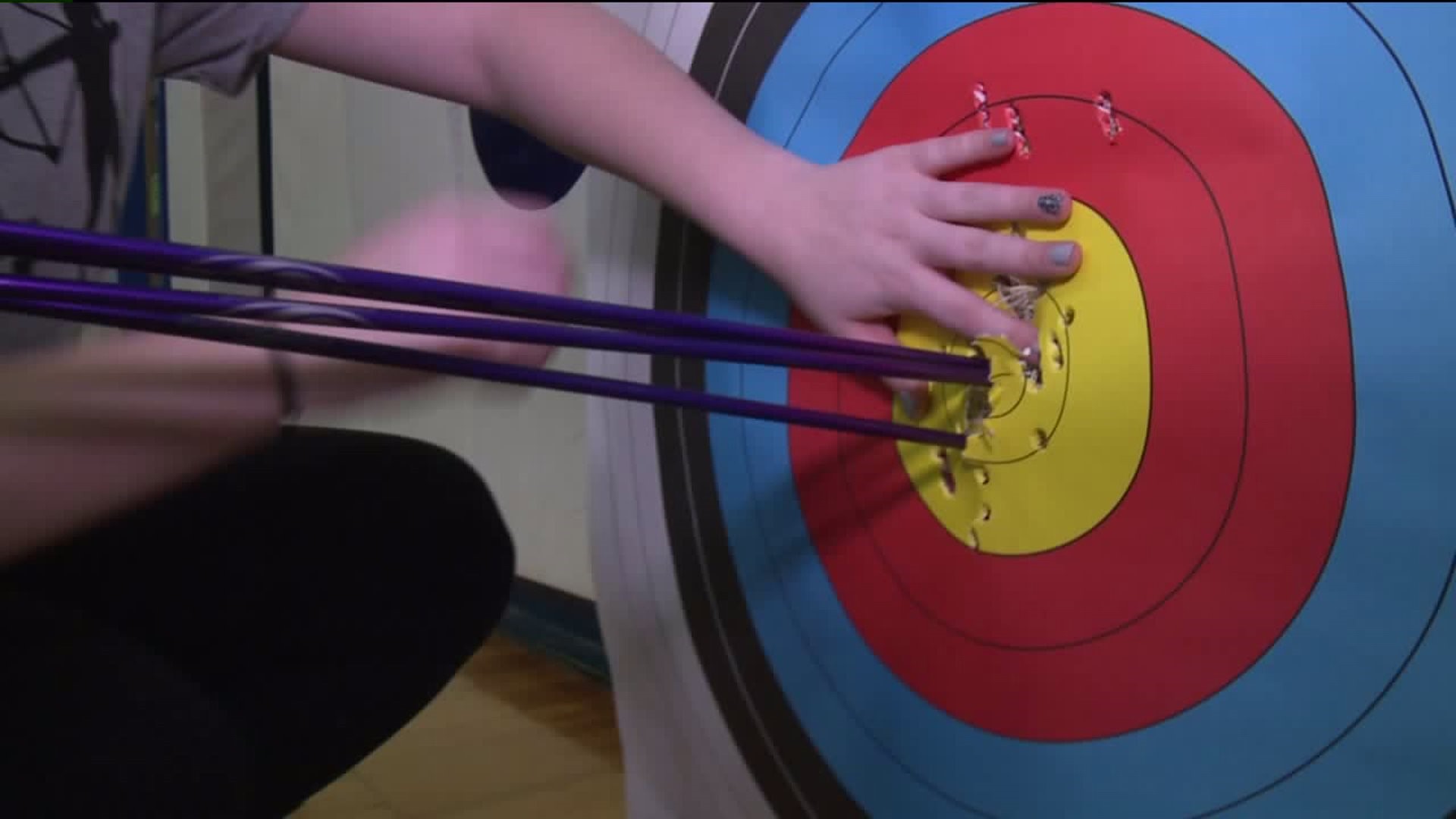 Confident and calm. That is a good way to describe Kaylee Landry the Susquehanna Community High-school senior. Her score of 296-#1 in the state at the recent National Archery School's Program State Championships at Penn State.

Landry's aim perfect back in March. For her efforts a $2,000 check, trophies and a new bow. The community if buzzing with excitement.

"It's actually still kind of surreal that it actually happened. I knew that she was on fire leading up to the competition. She came up with some of her highest scores to qualify for it but once she was starting in she was coming back smiling-comfortable," said John Ord.

"You have to have a lot of focus and it's basically 99 percent mental," again said Kaylee.

Her ranking in the high-school girl's division first out of 198 and first overall for boy's and girl's out of 426.

"Kaylee is an unbelievable strong person. I knew that she had the hunger for this all along. If I can keep up with her I'm along for the ride too," again said John.

Nationals are in May in Louisville, Kentucky and the Saber senior hopes to put on a show.