It was another typical bowling night at the South Side Lanes in Scranton on February 11th for 25-year-old Stephanie Sheridan from Factoryville. She had just rol... 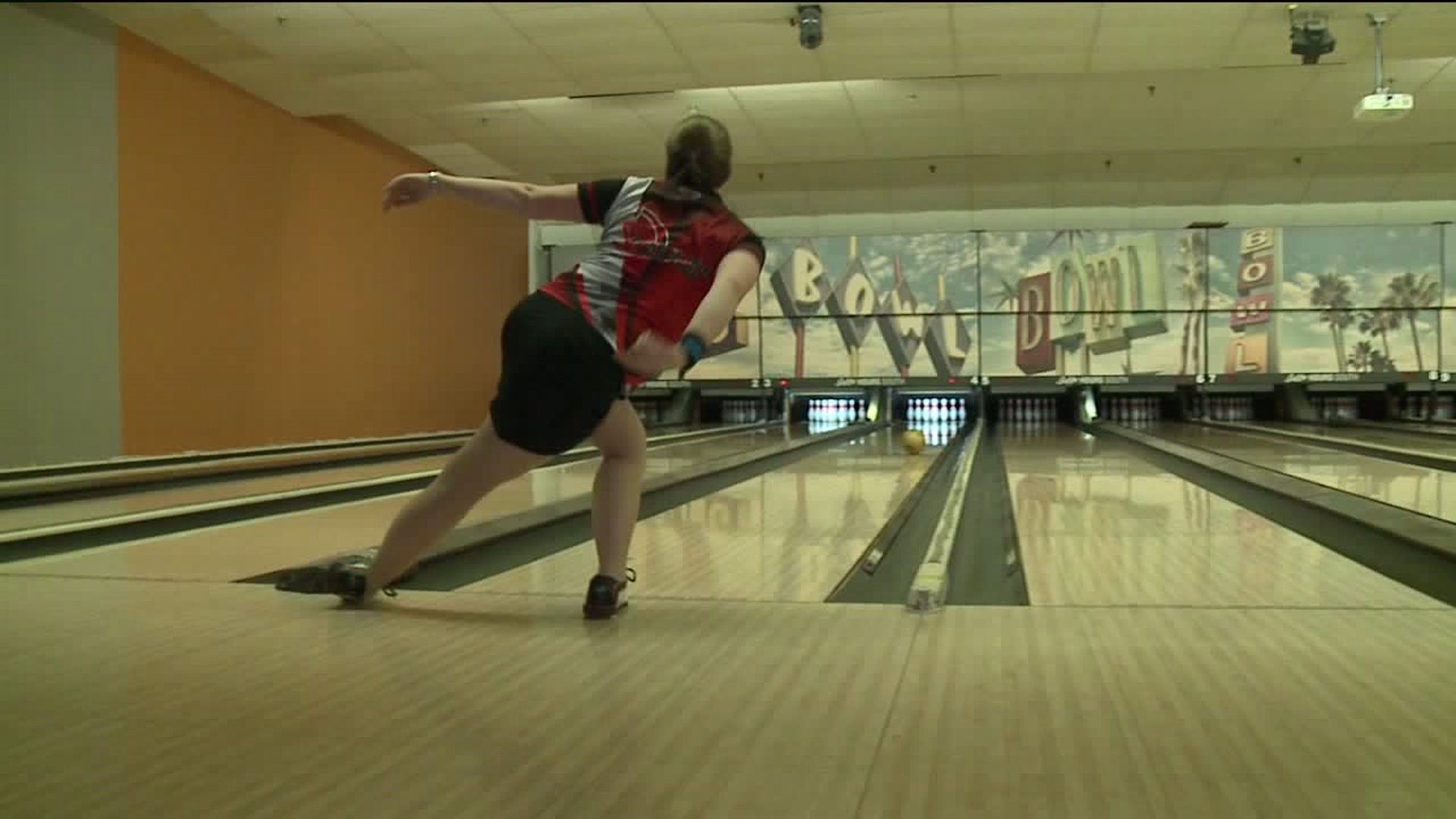 It was another typical bowling night at the South Side Lanes in Scranton on February 11th for 25-year-old Stephanie Sheridan from Factoryville. She had just rolled a 225 in her first game.

"It's a normal Monday night. That's it normal," said Stephanie.

But then Stephanie stepped up and caught a groove.

"Game two came around had the first four or five. Kind of had it going a little bit, and what was different was I tried really hard the next two games to focus on only the frame that I was bowling in. It didn't matter in the sixth frame what was going to happen in the 8th frame. It didn't matter what happened in the 8th frame for what was going to happen in the 10th frame. I ended up bowling 300! And then I started game three with a front four..front five..front six, and then at that point 800 became really real," again said Stephanie.

The night ended with a 288 and an 813 series. The first 800 series ever recorded at South Side Bowl by a women.

"I was stunned. I couldn't believe I did it. I actually did my math wrong. I thought that I needed to strike in the first ball in the 10th frame for 800 and I only needed a strike or a spare so once I struck and locked it up it was just this wave of relief. it was just I did it," added Stephanie.

Stephanie works part-time as a teacher in the Tunkhannock Area school district. She also bowls part-time professionally on the women's tour. Her goals and aspirations in a couple of years is to make that a full-time profession.

"Dedication. It's hard work. It's commitment. It's willing to be away from home for months at a time and having the means to do that," again said Stephanie.

Stephanie will never forget her 800 series. She thanks her grandfather for taking her to Idle Hour lanes when she was 4, and wants every girl to realize goals are possible.