Schultz Shines During Basketball And Baseball Seasons In Northumberland County

In basketball at Lourdes-Thomas Schultz finished with over 2,000 career points in the process becoming the school’s all-time leading scorer. Now the Vande... 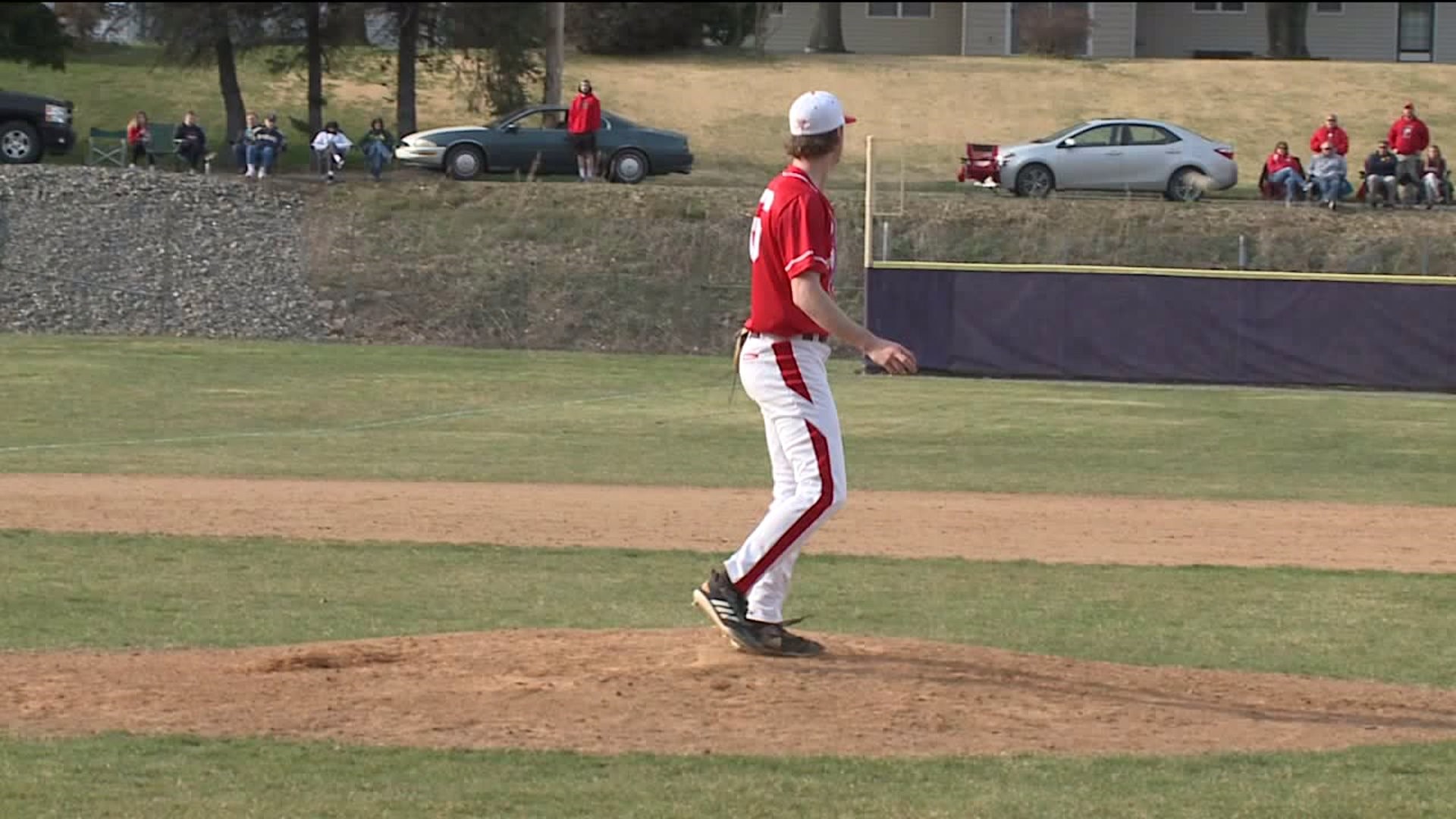 In basketball at Lourdes-Thomas Schultz finished with over 2,000 career points in the process becoming the school's all-time leading scorer. Now the Vanderbilt recruit in baseball is finishing up his senior season for the Mount Carmel Area Red Tornadoes.

Flocked by Major League Baseball scouts each outing Schultz is hitting 90 on the radar gun. His smooth delivery and high leg kick impressing fans, coaches and teammates in Northumberland county.

"I try to block it out the best I can, and just go out every game the same and play my game, and attack the hitters and good things will come out of it,"said Thomas.

"Every time that you turn around there are a bunch of guys right behind the dugout just looking at you. It takes a lot of time and practice to throw the way that he does so I've caught him a lot in bullpens. And like you said his command he kind of makes the job easy for me. Just kind of set up and puts it right where you have the glove," said Logan Wills.

Against Southern Columbia they had the scouts rolled out there. There we're 9 or 10 there and there we're a couple here tonight, and it definitely gives the opportunity for the rest of our players and the other team. It's good exposure no matter what they are. They are still baseball fans. They are still there to watch a baseball game," said Brenton Eades.

Thomas threw 101 pitches here against Shamokin and pitched well, but it seems like he just put away the basketball up the hill at Lourdes Regional. He's not fully stretched out here early in the season, but expects big things as red tornadoes season rolls on.

"I started a little earlier this year during basketball season, but it was tough to get outside with the weather that we have. So I'm getting closer definitely to where I should be right now," again said Thomas.

"He's handling it absolutely phenomenal. It's tough for a kid his age to really grasp this and really take this all in. Obviously he plays at a high level of baseball in the summer. He goes to showcases and camps and all those things, but for him to come around here and do the things that he does and the way that he interacts with his teammates he really hasn't changed at all," again said Brenton.