Kyle Busch led most of the race here at Pocono Raceway, but with under 10 laps to go, it was Ryan Blaney in the number 21 car taking the lead and holding off Ke... 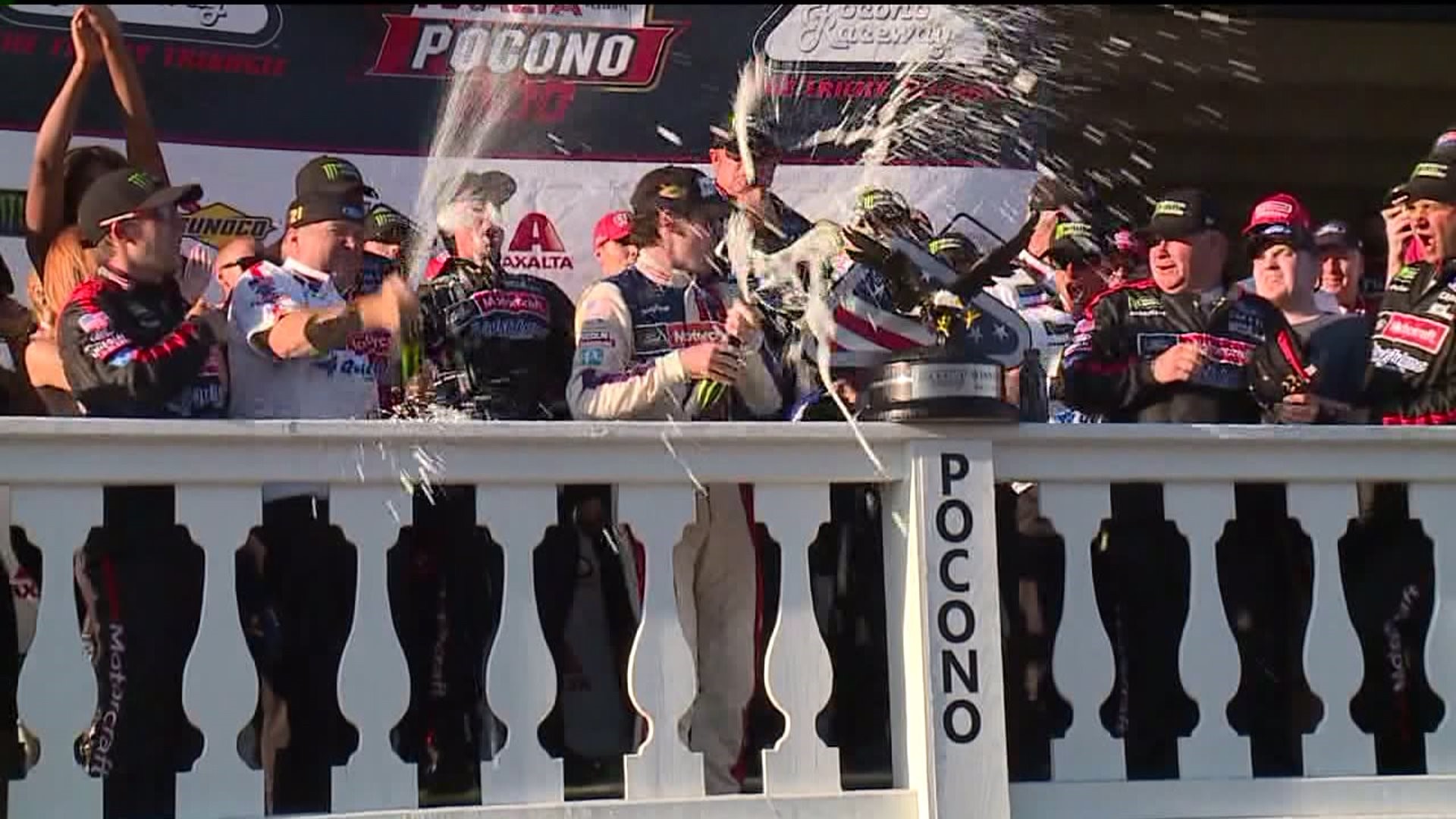 Kyle Busch led most of the race here at Pocono Raceway, but with under 10 laps to go, it was Ryan Blaney in the number 21 car taking the lead and holding off Kevin Harvick for his first-ever Cup series win right here at Pocono Raceway and it's the first win for the Wood Brothers since 2011.

"We did it," Blaney said from victory lane. "You know, we did it with the Wood brothers and they deserve it. It's been so fun to be part of this team. It's been unreal to have a chance to race for them and hear their stories and to do it at a place like this."

"It's always great to see a first-time winner and Ryan's been a part of this sport for a long time along with his whole family and they deserve it," Brad Keselowski said.

Keselowski, who has won at Pocono in the past, finished 5th, but this day was all about the younger drivers. That includes rookie Erik Jones, who finished 3rd.

"You know, it was good to see Ryan win," Jones said. "That's really cool for him, really cool for the young guys, but great day for us, great Gamestop Camry and you know that top five finish was definitely, feels good to get."

Finishing just behind Jones in 4th, Kurt Busch, the driver of the number 41 car won here at Pocono last June.

"That was a nice, steady run," Busch said. "Real similar to Charlotte for us. We had, like one slow pit stop and one bad restart, but overall, thanks to the Haas Automation guys, Monster Energy and Ford. Nice top five day."

The final ten laps had race fans on the edge of their seats. It was veteran driver Kevin Harvick, chasing the young, Ryan Blaney, around tri-oval.

"He's a closer and I grew up watching Kevin win a bunch of races in the last ten laps," Blaney said. "So that was definitely nerve wracking. Hopefully the fans enjoyed it and excited for this. Hopefully we can get another one."

In the end, it was Blaney beating out Harvick, claiming his first ever cup series win.