Working on her mathematics degree at Bucknell and wanting to become an actuary sophomore Maura Fiamoncini is applying this science in the field. Numbers tell th... 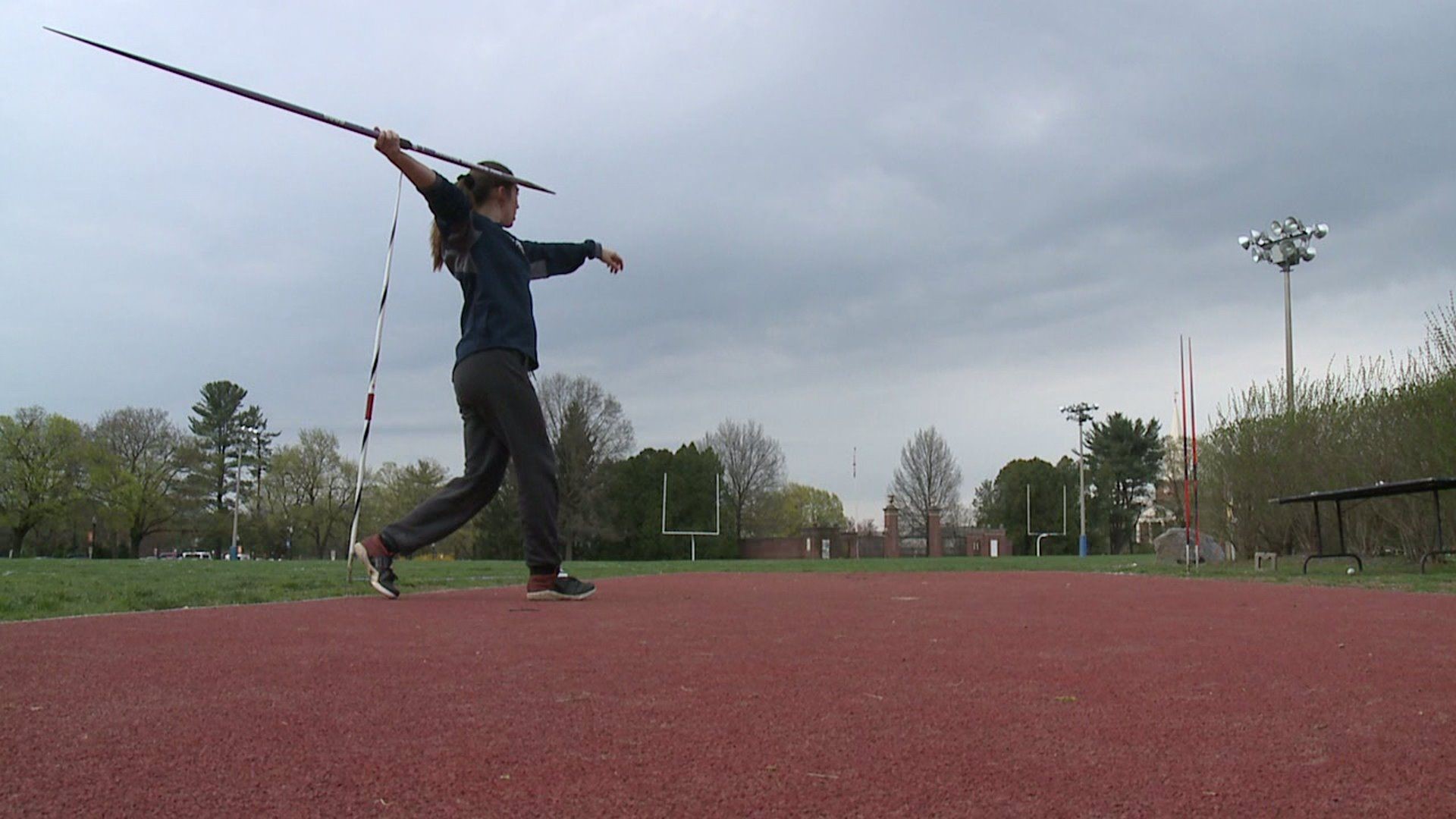 Working on her mathematics degree at Bucknell and wanting to become an actuary sophomore Maura Fiamoncini is applying this science in the field. Numbers tell the story for the Mount Carmel mighty mite. As a freshman for the Bison last year setting the school record in the javelin 184 feet 5 inches. She's followed up her 2nd team All-American status by capturing back to back Patriot League athlete of the week honors.

"Yes it's been a year so far in terms of both the guys and the girls javelin squad and even the throwers in general. I guess it's just nice being so close to home with my high school coach. And being able to come to a couple of the meets that are at home. So it's just been a great year so far," said Maura.

"Last year was an incredible year for her as a freshman. She made the NCAA Championships and finished 13th in the country. She also made the US World Team for juniors and went to Finland and competed in the world championships for the U20 team. We changed a little bit with the training and changed a little bit of stuff with the lifting, and we think that she is going to hit it big at the end of the year. But she has won every meet and you know that she is pretty darn good," said Kevin Donner.

Fiamoncini won the AA title in the javelin in 2016 and 17 setting the school record mark of 155 feet 1 inch. Currently she has the 18th best throw in the country for Bucknell.

"My steps are about the same as they we're in high-school. I guess it just helps with technique at the end of the throw and being comfortable on the runway," again said Maura.

Maura was a multi-sport athlete growing up. She played Little League baseball until she was 12 years old. She was also very good at basketball as the point guard at Mount Carmel, but it was the love of the sport of track and field and picking up that javelin that got the interest of the Bucknell coaches.

"She is a tremendous athlete. and I love those multi-sport athletes coming out of high-school because they work on different muscle groups. I know that she played some Little League baseball, softball obviously basketball," again said Kevin.

Fiamoncini competes at the Penn Relays at the end of the month and the Patriot League Championships in May. Steve Lloyd reporting for Newswatch 16 sports from Union County.