The haulers roll in, cars are unloaded, and just like that, race weekend at Pocono begins for NASCAR driver Ryan Blaney and the #12 Penske Racing team. There... 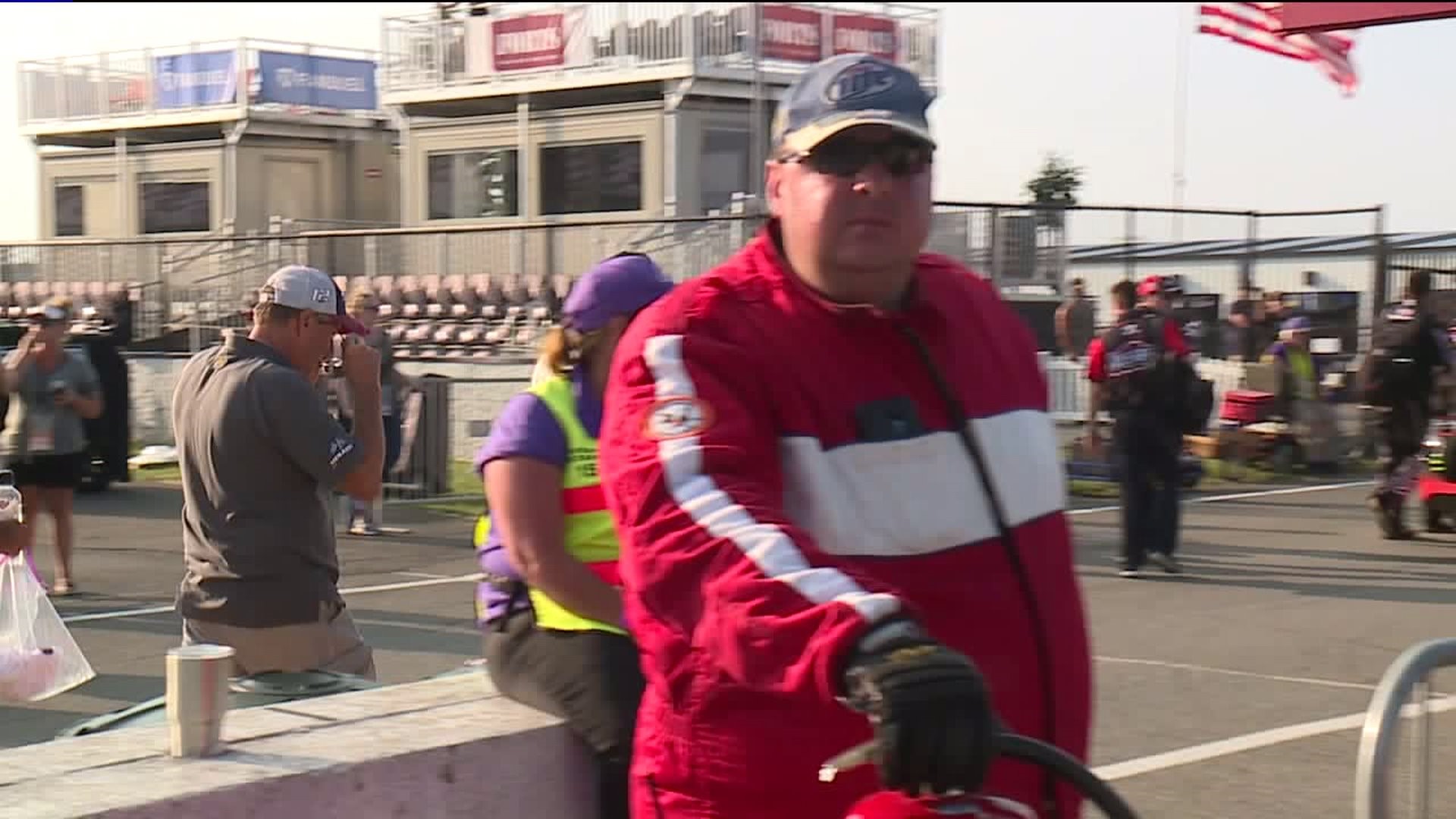 The haulers roll in, cars are unloaded, and just like that, race weekend at Pocono begins for NASCAR driver Ryan Blaney and the #12 Penske Racing team. There's a lot of preparation to do before the green flag waves and there's no time to waste.

Each week, time is set aside for Ryan to meet with fans. A time he feels is important especially for young fans.

"I did have a kid tell me he wants to be like me when he gets older. I thought that was pretty cool. That's kind of a cliche thing to say but it really meant a lot. I got thinking about it and that kid is 7 or 8 years old and he wants to be like me and I don't even really know who I am yet. I was 23 at the time or 22. I just thought that was really neat. I just remember being a kid like that when I was young, being a fan of the sport even though my dad racing, I was a fan of a lot of other drivers too and just enjoying the sport. Whenever I can see kids and mothers and fathers who bring those kids out to the race track and get them started at a young age you definitely have to appreciate that and show them that you appreciate them being here."

After the fans, it's time to focus. Because of a technical issue, Ryan would start 30th for the Gander RV 400. Every driver has his own way to mentally prepare for the task ahead, including Blaney.

"I think the best thing for me to do is just kind of relax and just get thoughtful about how your going to go about the race. If I put on some music, I put on some country music."

After a tough start and facing some challenges throughout the race, Ryan ended up 10th. It wasn't the outcome he hoped for, but with how the race developed, the team pulled through for a top 10 finish. Now it's off to Watkins Glen.